Finally, I have shots of the updated, and cleaner interior. So, here's what's been replaced inside the truck: Carpet, seats, door panels (with wood trim!), centre console, steering column cover, and several light bulbs in the console. I had this silly idea of updating the dash and door panels to the '98 style, but decided against since I wouldn't have a clue how to do it and it was something I could not ask my friends to do. But what has been replaced has in my opinion increased the value of the truck by ten times. It doesn't feel dirty when you get inside, you don't have the urge to sanitize yourself after you exit the vehicle, it doesn't stink anymore, the door panels don't come away from the door when you pull it closed, and cops probably won't question if the truck is stolen anymore. 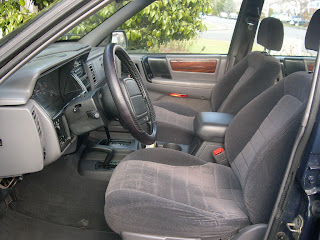 I really like the '98 seats. The seperate adjustable headrests really give the interior an updated look. 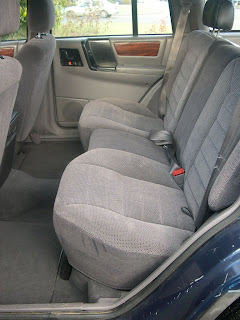 I still can't believe how clean the new carpet looks. The old carpet was a loose-knit fibre that almost looked like shag carpet. The old carpet was supposed to be gray, but looked brown because it was caked with dried mud, crud and whatever other crap that was growing in it. 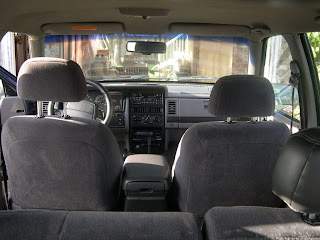 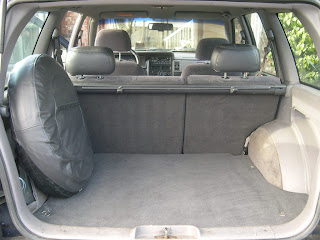 Recall a similar view from my older posts? This carpet is so awesome, I can hardly believe it. I love this new carpet so much that sometimes I like to sit in the car with bare feet just to feel the incredibly awesome new carpet. Other goodies I found at the wreckers include a tire cover for the spare and a tonneau cover. 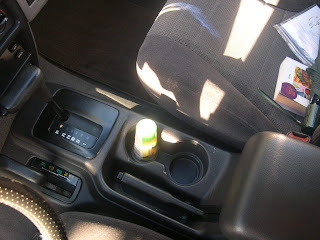 My fancy new centre console. I noticed the cupholders were bigger than the previous model, for those extra large Big-Gulps. The armrest is in great shape, and more importantly - clean. The inside of this console was lined with felt and cup-holders could be pulled out for the rear passengers. 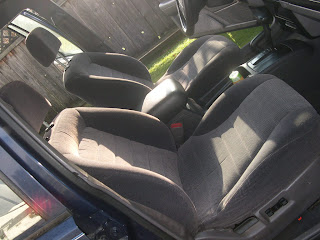 My friends helped me do most of the work swapping out the carpet and seats. They even managed to maintain the power seats (which were not in the '98 donor truck). They pulled the seat base and mounting rails from my own truck, and mounted the newer seats on them. The front and back seats were a real pain in the @$$ because some of the bolts sheared so they had to drill out the sheared bolts and they finally managed to make it work. 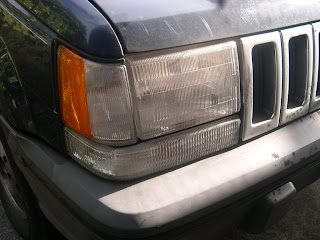 Shiny new lenses. Note that there are no more gaping holes, and the coloration in the clear plastic is, well....clear. The headlamp lenses are still yellowed though and I probably won't bother with those unless I manage to find a nice pair for cheap. 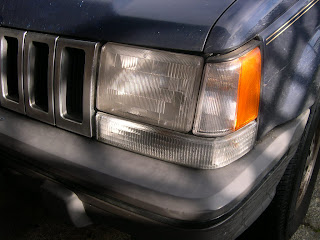 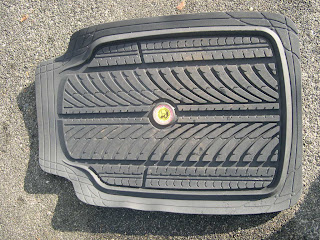 My new carpet is practically mint, and so are the new floor mats. But this winter, I want to protect my floor mats, which are supposed to protect the carpet. I got myself some all-weather floormats from Walmart. 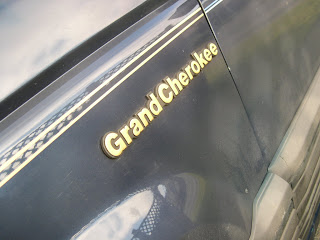 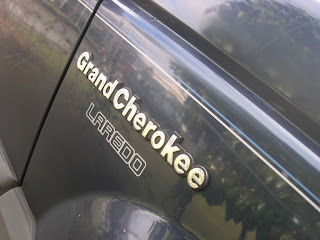 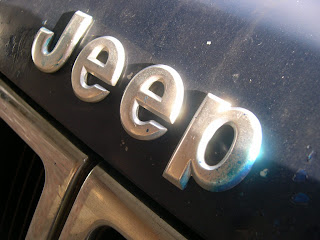 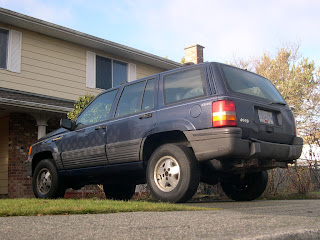 Well, after my buddy Jay replaced the front driver's side coil, the truck is no longer lop-sided. It's hard to tell from the picture, but it is definitely straighter, and taller. Jay put in the Rubicon Express budget boost which lifted the truck by about 2 inches. 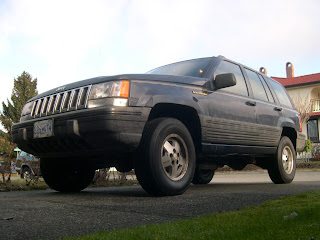 The truck now has a nice new clean interior that doesn't make you want to vomit when you get in it. It feels new inside, but the outside still looks relatively crappy. I guess I should wash it sometime....maybe next year.
at December 27, 2009