Well, it turns out that it was the coil that was pooched. I have no idea why, but Justin said it was gone. I beleive him because after we swapped in a new one, the truck started no problem. 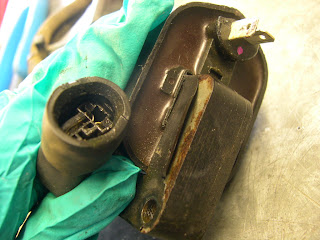 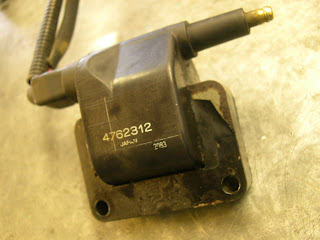 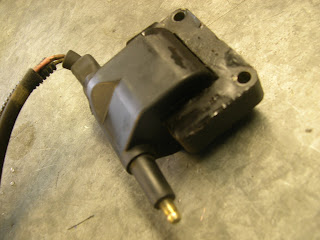 Here's the old one....I should have taken a picture of the shiny new one, but I was too preoccupied with trying to put the new one in. After a lot of cursing, I was able to get it in myself (with Justin's supervision).
at February 06, 2010