Oh yeah, this blog was originally about my Jeep

My Jeep's been sorta acting up the last few months where the tranny would slip a bit if I was too hard on the gas.  Three of my pals helped me out in this department.  Jay and Justin were both under the truck for about 8 hours trying to yank the think in my driveway. 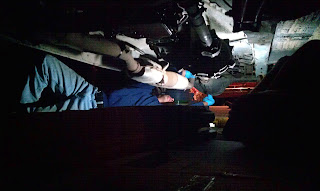 Let's just say there was a lot of cursing and hurling of wrenches and insults. 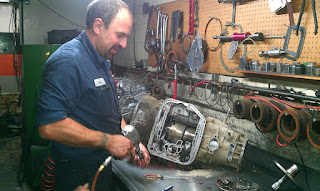 A few days after they got the tranny out, it was off to my pal Roy for a rebuild.  He had the thing apart, cleaned and half-way reassembled in under three hours.  It was like watching a surgeon at work, you had to have been there.  The thing was covered in an inch of mud and you could barely find the bolts, but it was barely a hindrance for him. 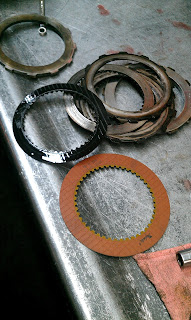 Apparently, it's bad if these discs have metal exposed....it means their worn out. 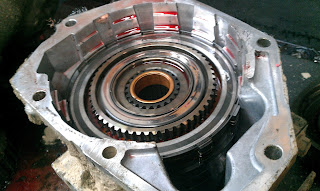 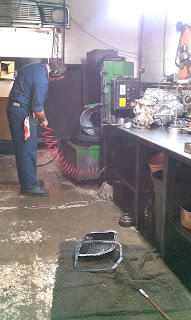 He had the parts so cleaned, I thought it would be a shame to reinstall the tranny back onto my filthy truck. 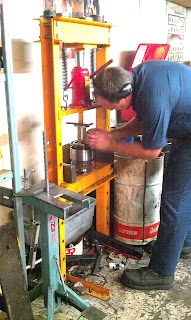 Roy playing with the "widow maker" 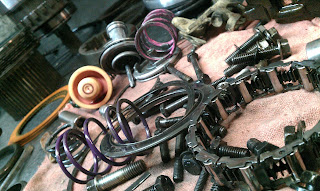 These were just a few of the parts he removed from the transmission.  There were like a thousand pieces all over the workbench and he had the order all in his head.  I was getting a headache just thinking about what order they were supposed to be in.
at September 16, 2012