I've been itching to get optics on my Remington 870 for the longest time but this being the Express model, the receiver didn't have a rail on it, nor was it drilled and tapped to receive one.  In fact, it was just another plain black pump shot gun and the fanciest thing about it was the factory mag tube extension to make it a 6 + 1.  Of course, I threw on a side saddle and a butt stock sadle, and a really lame strap on flashlight which came off faster than it went on: 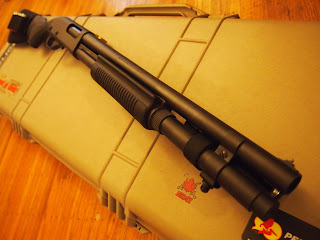 Anways, over time, my black shotgun ended up uber-cool FDE thanks to some Magpul furniture.  As much as people love to hate Magpul, it's inexpensive, it's durable, and it's comfortable.  I can't help it if it looks cool in the process. 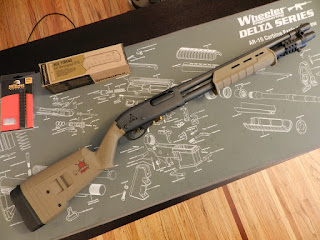 Well, I finally decided to put a rail and red dot on it, and my options were:
﻿I was browsing in the Equipment Exchange forum of Canadian Gut Nutz for options when another nutter was selling a drilled and tapped receiver for dirt cheap.  It was just the receiver and trigger group, no barrel, no furniture, but not much more than the Mesa side saddle/rail.  The cogs in my head immediately started turning and the next thing I know, I'm on Canadaammo.com ordering a 12.5 in barrel and more Magpul furniture. 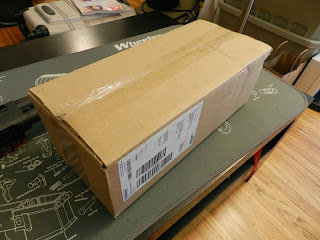 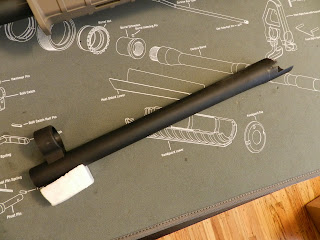 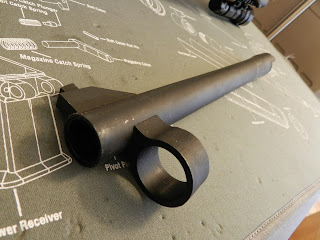 The 12.5 in barrel from Can Am was inexpensive enough, it was even threaded for choke tubes, but it had a front blade sight on it that was so big, it could provide shade for a small child. 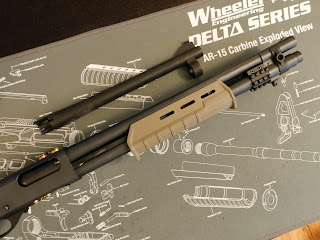 As you can see, the new barrel is substantially shorter. 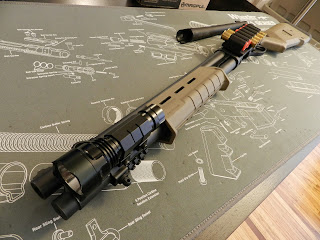 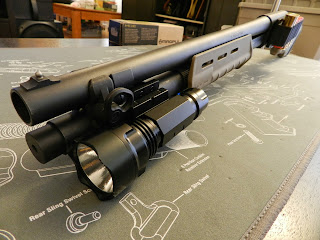 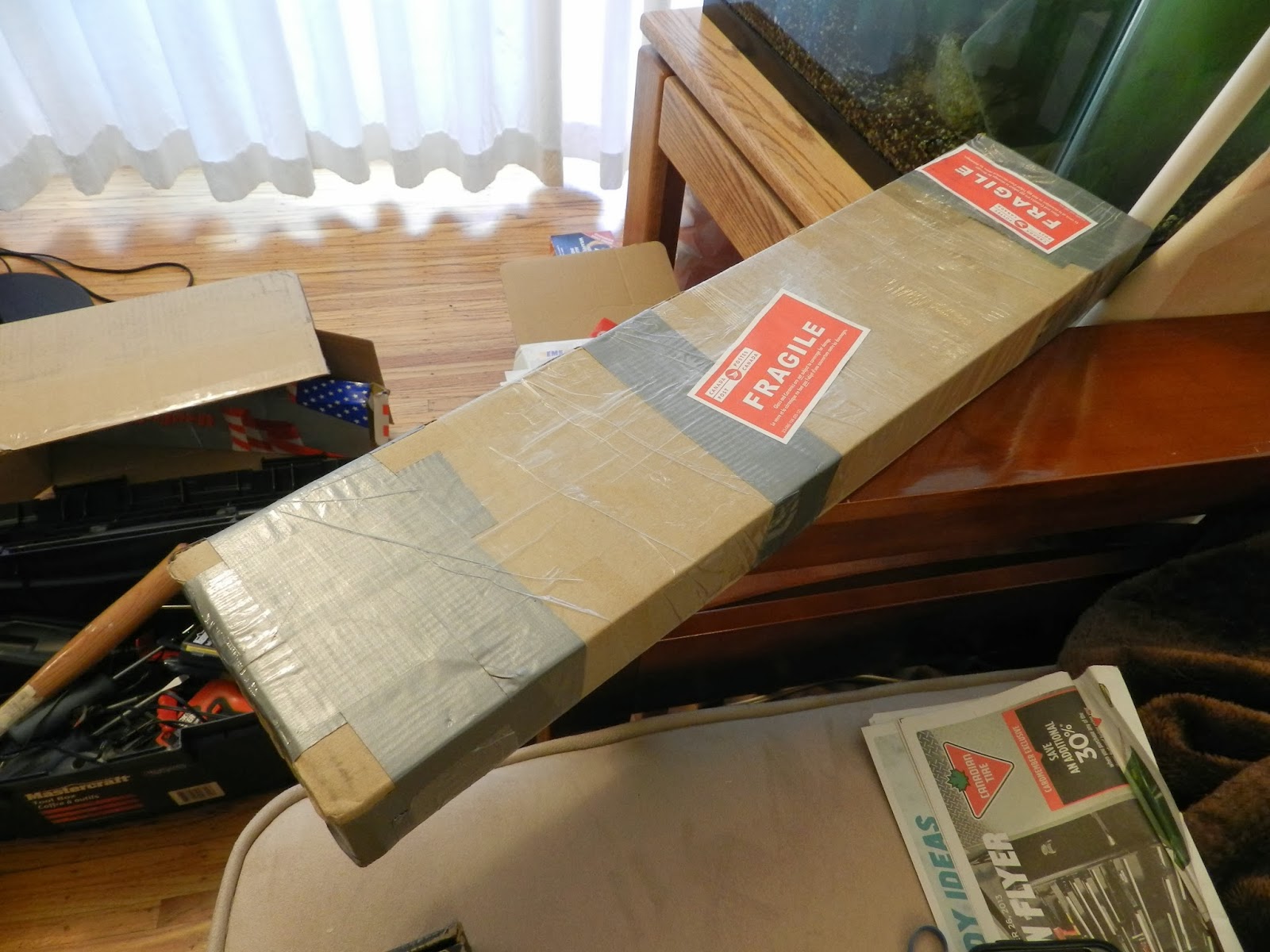 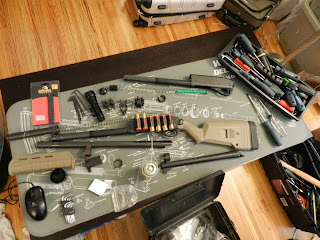 So here are most of the parts laid out, one and a half shotguns. 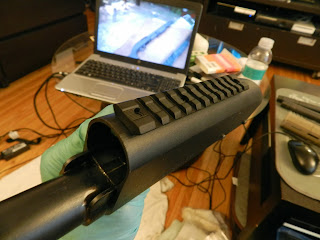 This is the new/used Remington 870 receiver I picked up from EE (Equipment Exchange forum from CGN).  I bought a Millet rail from Lever Arms and installed it without any major issues.  One of the screws was a bit long and I had to file it down a bit to allow the barrel to go back in though. 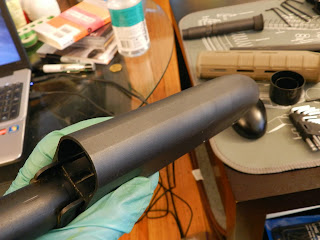 Here is my original Remington 870 Express receiver from the shotty I bought from Reliable Gun many moons ago.  This would be the platform I would build my new shorty on. 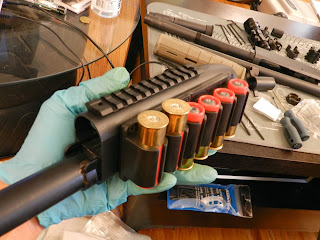 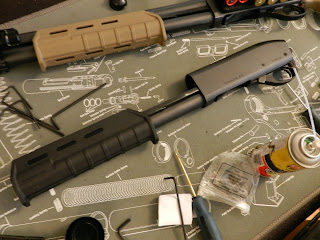 Here are the beginnings of my new shorty.  I didn't have any fitment issues with mating the Canada Ammo/Dominion Arms 12.5in barrel to the Remington 870 receiver.  It was a perfect fit and easy to install. 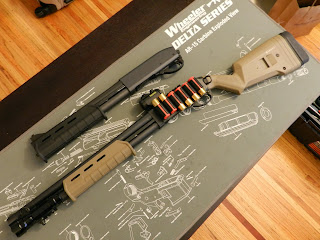 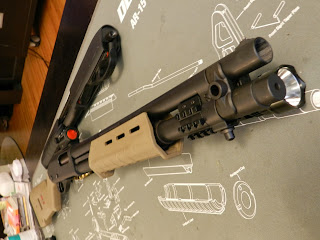 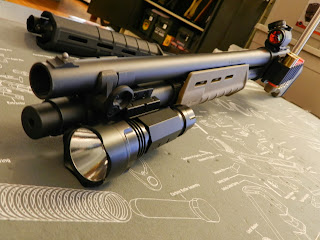 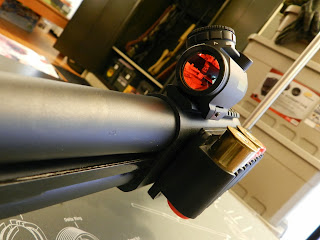 A lot of guys have the Aimpoint Micro, but since I'm not in that sort of tax bracket and don't depend my life on on my shotgun as a job, I settled for the Bushnell TRS-25 red dot.  I've read reviews that it holds up just fine to abuse from a shotgun, so I'm content with it for now and will run it until failure. 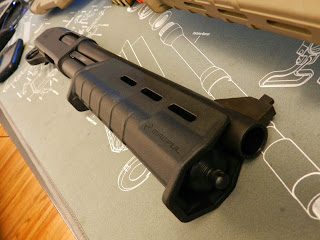 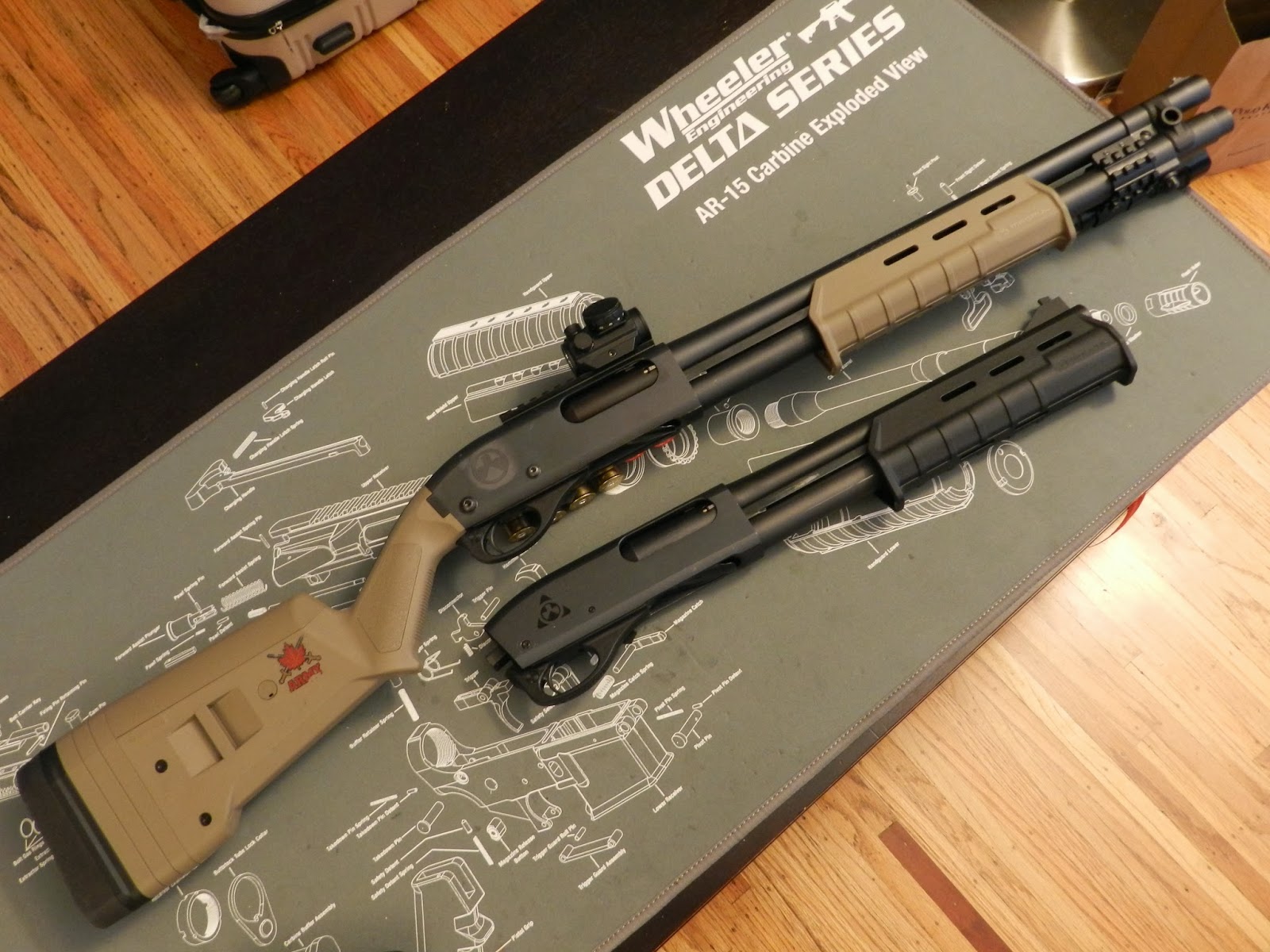 For now, my shorty will remain incomplete.  I still have to find a stock for it, but once I source one out, I'll take her to the range and throw some 3in magnum slugs down the pipe, just for good measure.