More stuff!  I'm posting these post Christmas, but actually, I got these a few months back and didn't get around to posting pictures until just yesterday. 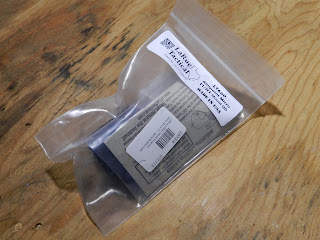 I've been swapping optics back and forth on my rifles for the last few years, and nothing ever seems to stay put.  My AR started off with a Deal Extreme Fakepoint Micro with an equally fake LaRue LT660 QD riser mount, and it actually lasted a few years before it finally crapped out on me a few months ago.  A real Aimpoint was pricy beyond my means at the time, so I opted for the Aimpoint Pro, which came with the right height mount, and was priced at least $300 cheaper. 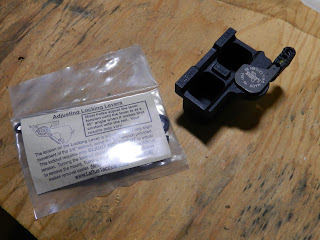 Anyway, I ordered the LaRue LT660 1/3 cowitness QD riser for the Micro and here it is.  The packaging was basically a plastic bag, and at first, I couldn't see a huge difference between the Deal Extreme versus the real deal, other than the markings. 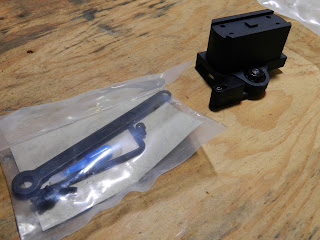 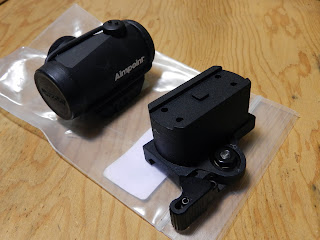 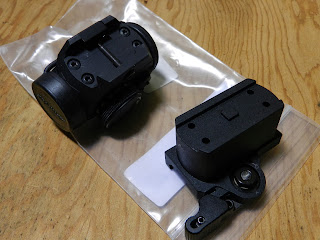 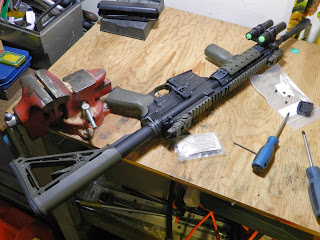 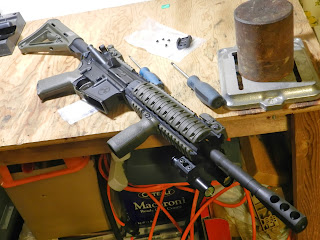 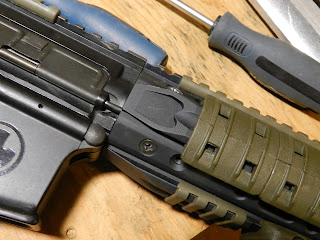 My S&J Hardware free float railed handguard.  The screws are starting to strip from constant tightenning.  I probably should have used some loctite on them. 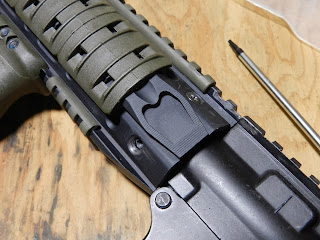 As you can tell, I even lost one.  For some reason, my kit only came with 4 screws.  I contaced S&J Hardware and they said they will mail be ten replacements.  It's the holiday season though, so I don't expect them anytime soon. 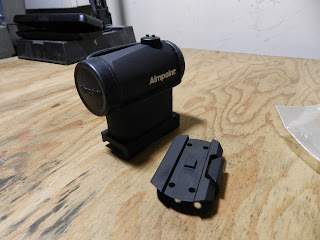 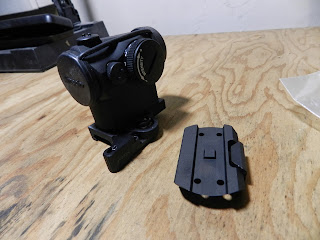 So I mounted the Micro to the LT660 and it fit like a glove.  They say that the LT660 was manufactured specifically for the Micro and they weren't kidding.  It was like they were both machined in the same factory and I had no troubles mating the two. 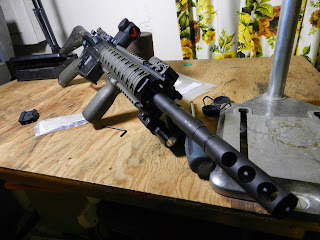 So, two years later, I went from a $25 Fakepoint with mount to a $700 unit.  When I first got into firearms, I never imagined in a million years that I would spend that much on optics, let alone the firarm itself.  Talk about an expensive hobby.
at December 30, 2013