I don't exactly know what;s wrong with me lately, but I've been buying guns and accessories like a crack addict lately.  I picked up this stripped lower just because it was a good deal.  I have thee ARs already, it's not like I needed another one but what the hell, I had a spare upper laying around that needed a lower so what the hell, build another.  I've been so busy buying and posting pictures, I didn't even do the write up for the first build.  I'll go back and do that one of these days. 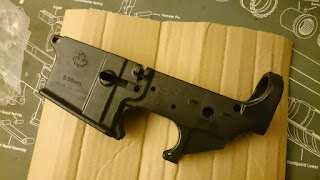 Colt Canada stripped lower.  Like my first one, it was a bit on the light grey side, but soak it in some G96, and it will darken up a bit. 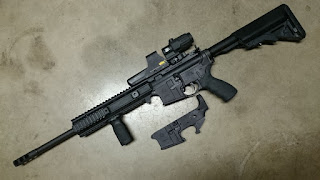 My newest lower next to my first build. 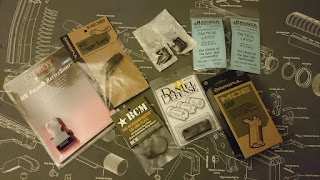 A few parts came in from Midway which got me off my butt to finally slap this together.  Bought a couple of spares just in case I build another one, but lets hope not, haha! 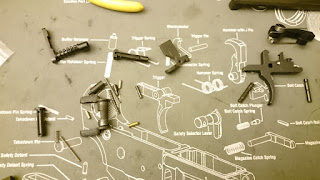 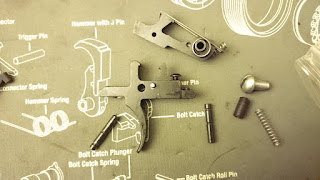 This cobbled together kit came with a Jard single stage adjustable trigger.  I really had no idea if I was going to figure it out, but I manged with the help of youtube and just mucking around. 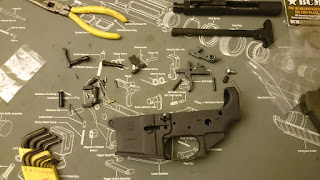 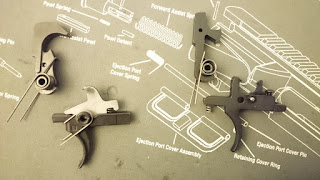 A comparison between the Daniel Defense miil-spec trigger on the left, and the Jard unit on the right.  I really had no appreciation for aftermarket triggers until I installed this trigger and adjusted it.  The pull is 1-1/2 pounds, but it feels like a fart could set it off.  I originally installed this in my newest lower, which will be mated to a 10.3in upper, but I changed my mind and stuffed it into my Colt 15.7in IUR build.  Figured I'd shoot the IUR a bit further out than the 10.3 in so I may want to save that sensitive trigger for that rifle instead. 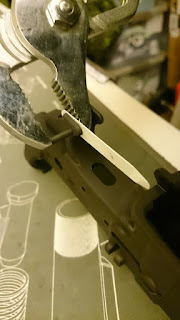 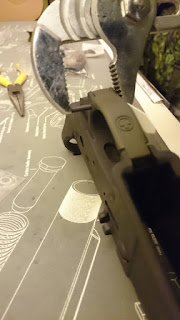 I didn't have a roll-pin starter so my ghetto method of pressing in the roll pin is shown above.  It works, and the collar stay is used to prevent scratching the receiver.  I did the same for the bolt catch release roll pin.  Everything else was pretty much the same.  I started this build before having a couple of friends over for drinks.  I finished this build at 3am after they all left, and I was half-cut and falling asleep, but still got most of it done, lol! 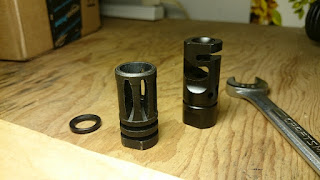 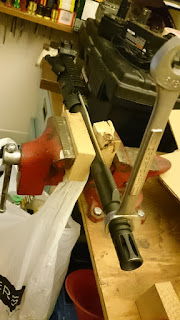 I gave up at about this point, my wood-barrel vice thing-a-ma-jig didn't work out very well and |I actually put a minor chip in the upper receiver when the wood gave out. 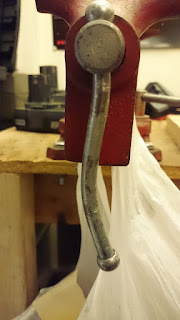 I also bent the $hit out of my vice handle....and this isn't half bad, I'd already bent it back about 15 or 20 times that night. 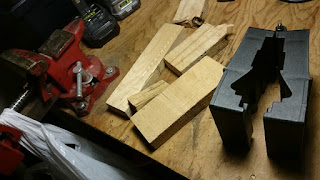 The next day, I borrowed this.  Upper receiver vice block.  A God-send,  I can't believe I never bothered to get one in the past, it would have made life so much easier installing and removing flash-hiders and brakes. 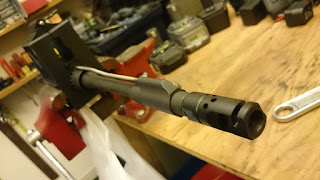 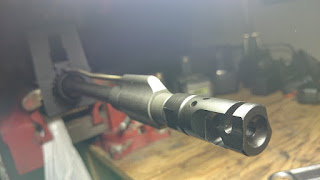 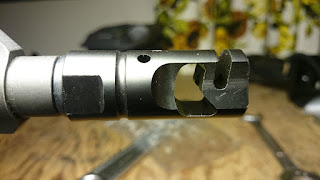 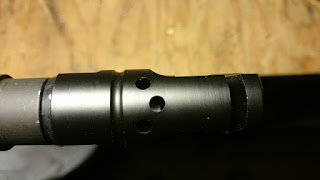 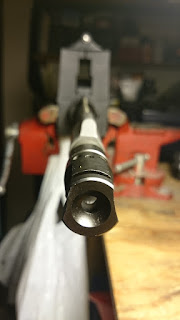 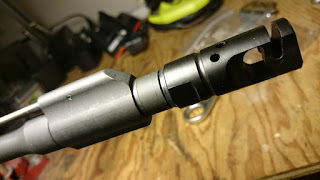 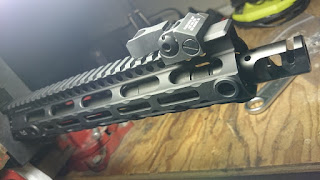 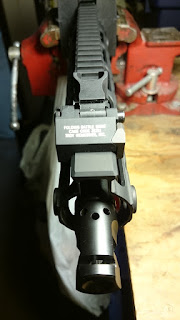 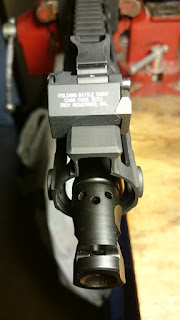 This Daniel Defense Muzzle Climb Mitigator Gen 2 Muzzle Brake looked interesting so I grabbed it off MidwayUSA.  I just need to find some time to get to the range and try it out.  I bet it's going to be LOUD, lol! 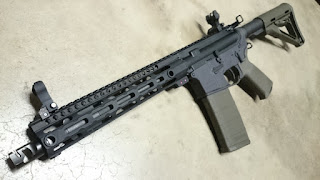 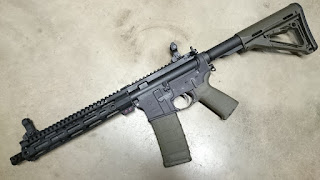 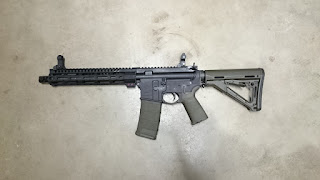 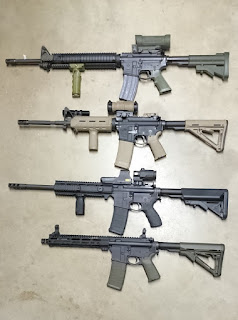 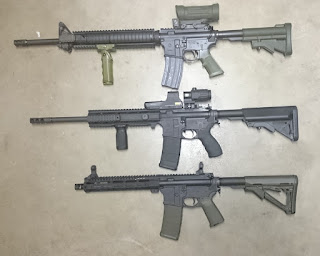 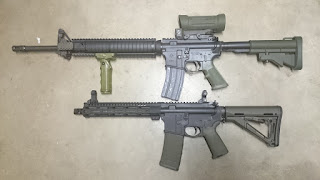 Anyway, I didn't take many progress pics of this build, probably because it was 3 in the morning when I assembled most of it, and I was just bagged.  I took these pics a few days later, but was too lazy to get the Olympus out, so these are cell-phone pics, which turned out ok.

Anyway, 4 ARs and counting.  The fun part really was buying all the parts and assembling it myself....well, sort of, had a buddy help me remove that cursed front sight post and install the free float hand guard on the Stag/Colt Frankenstein gun.