Hey guys, I'm not a real knife nut, but I do like knives and have a few for everyday carry and work.  I was told that Zero Tolerance was a pretty good brand and known for making good knives so when I saw this on sale on amazon.ca for $52.24, I had to jump on it.  Normally these things run about $150-175 but every few months or so, these guys have been known to sell for around $50, and that is not from a third party seller, that's amazon.ca.

Now there have been rumblings that these could be fake for the price they are selling them for, others have been cited to have received Kershaw instead of the promised ZT, and others have complained that they take forever to ship, some saying they even waited three months.  Well, with Amazon, I was not really concerned because they've always been pretty good with protecting the customer.  I had an order go missing according to the carrier tracking service and Amazon sent me a replacement without question.  The following day, the original order was found and showed up as well, but Amazon just told me to keep both for my troubles.

Anyway, I took a chance and ordered one and a month later, this showed up: 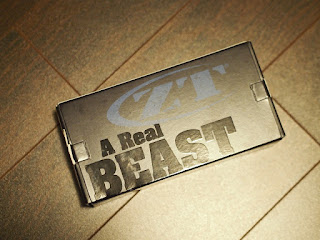 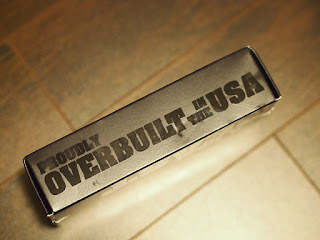 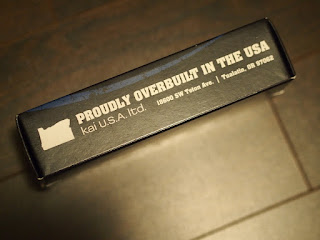 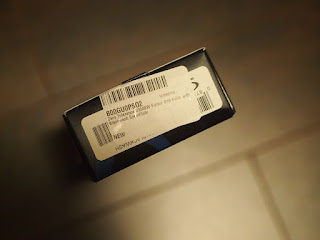 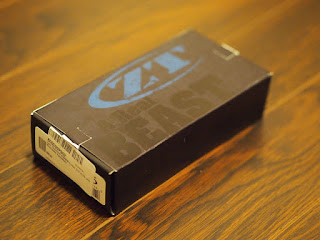 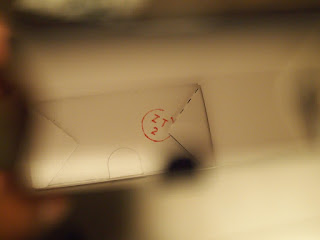 Noticed this stamp on the inside of the box. 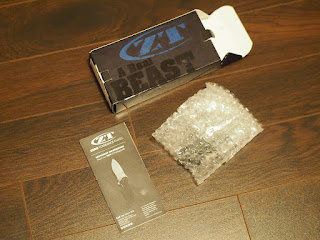 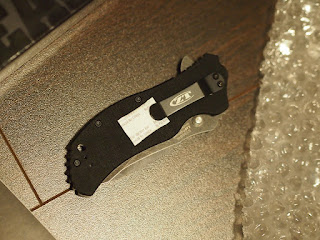 silica packet was tucked neatly under the clip. 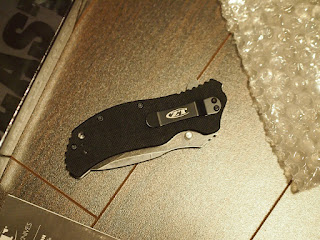 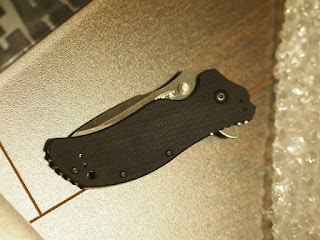 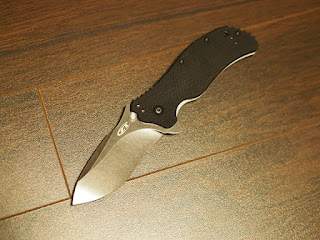 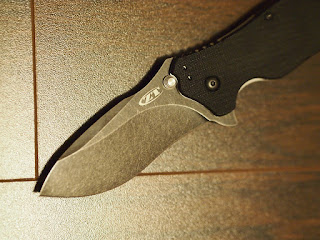 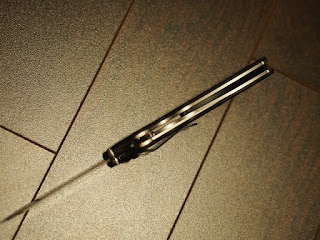 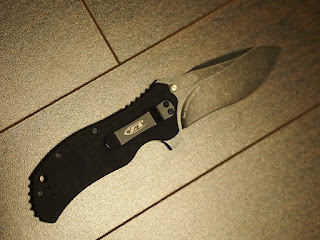 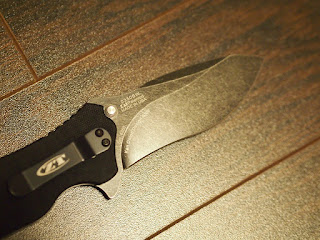 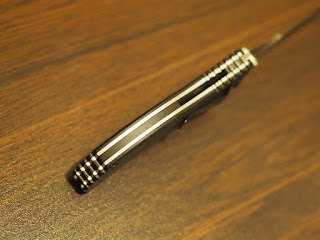 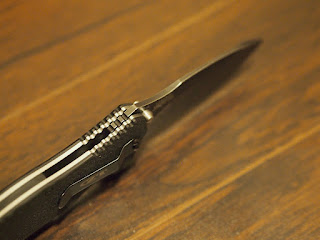 Like I said, I'm not a huge knife guy, so don't hold too much weight to my opinion, but this knife seems to be very well built. The first time deploying the blade came as a bit of a surprise to me, but I found it still very safe to use. Folding the blade is fairly straight forward, but I can see how a momentary lapse in care could result in your finger bone getting some fresh air.

The finish is awesome, no burrs or no flaws at all, and everything machined perfectly together. Interesting finish on the blade itself.

Overall, very nice knife for a price I find hard to explain. Hard to go wrong for $52.24.