So, this past weekend, me and a few pals decided to test out our Darwin memberships and drove out in the snow to a little plinking, lol!  We got to Squamish and managed to get maybe 1/4 way up our hill, hit ice, and got stuck, lol!  Nearly lost one of our trucks off the side of the edge as the guys on snowmobiles buzzed passed, pointing and laughing.

So, we spent an hour un-fukking ourselves, drove away with our tails between our legs and stomped around the valley looking for a safe place to plink.  We managed to find a spot, and by the time we set up, we had maybe 15 minutes of light left before we had to pack it all in, lol! 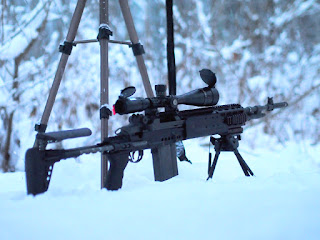 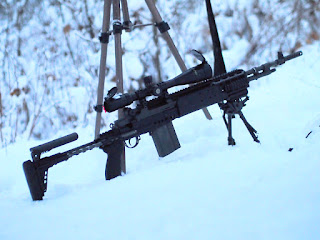 I'm afraid it doesn't photograph well, a black rifle, on white back ground and minimal light. 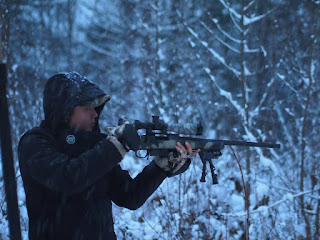 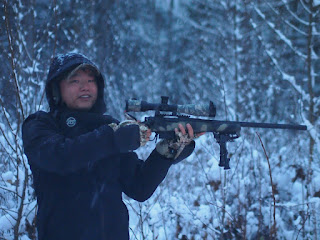 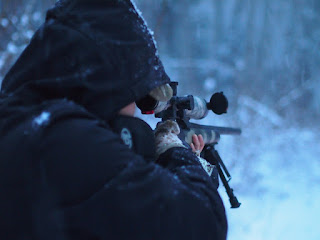 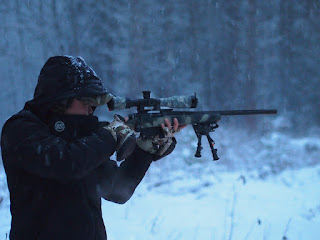 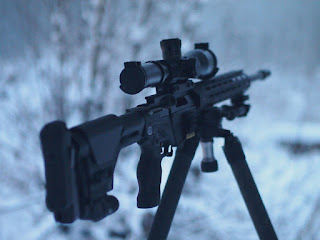 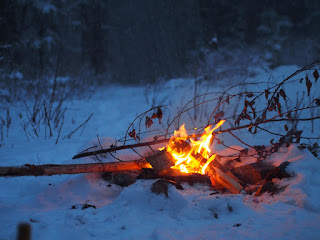 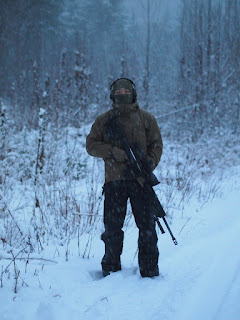 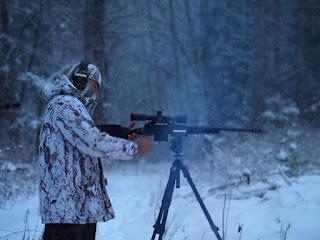 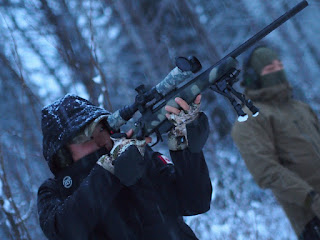 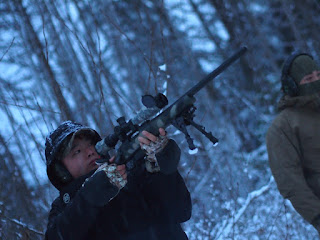 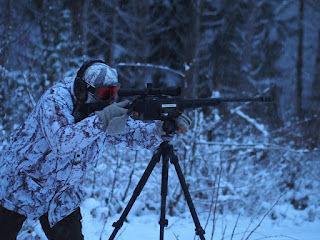 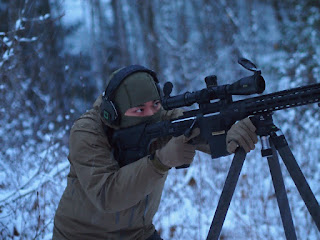 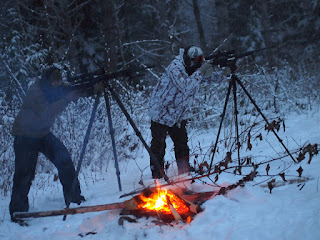 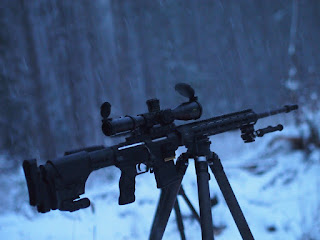 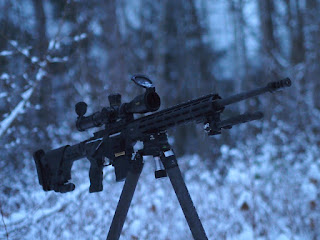 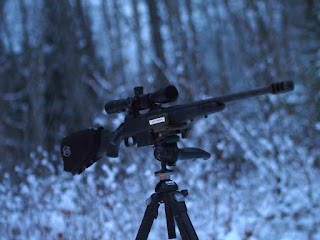 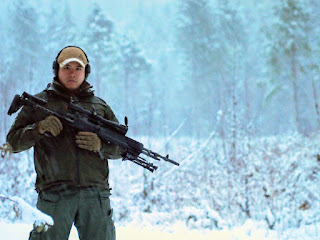 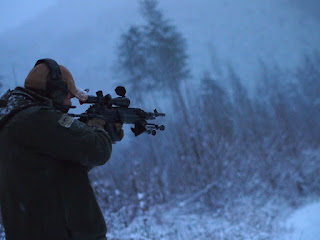 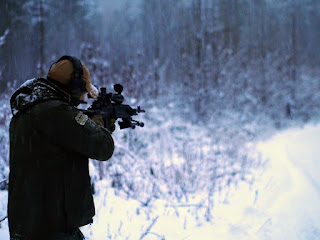 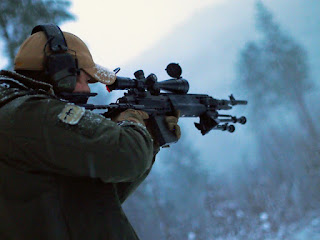 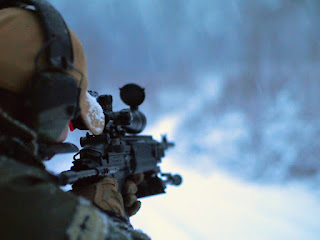 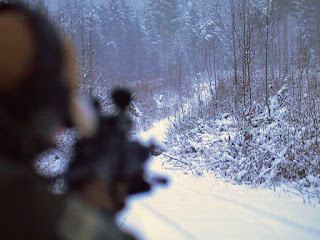 The M14 isn't exactly a featherweight, but it's kind of a pig when it's sitting in the EBR chassis, lol!  Honestly though, I really just need to get in better shape and stop whining, hahahaha! 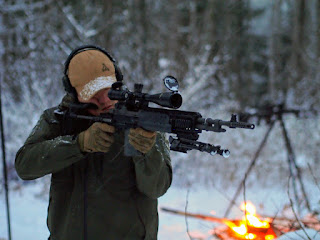 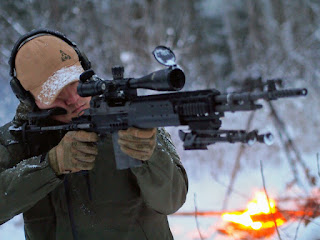 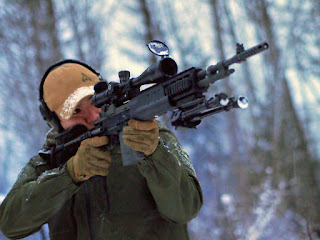 Although it was a torso sized gong, and it was only at 150m, we were losing light fast and I was really struggling getting rounds on steel.  With the weight of the rifle, I had a hard time holding the reticle still, even on such a large sized target.  Better hit the gym a bit more.