I really have no idea why I bought another Beretta.  I think it may have been because I was watching Die Hard during the Christmas Holidays and had the sudden urge to get my Yippee-Ya-Yay on, lol!  I had a 92FS before and sold it about two years ago.  Looking at an older post from 23Jan14, it looks like I sold it to raise money for precision rifle stuff.  It also looks like most of my wishlist back then has been fulfilled, lol!

I've always wanted one of these since Lethal Weapon and Die Hard so I guess it's more of a nostalgia thing for me.  I had a Daisy CO2 pellet gun version in high school, then in college, I had an Tokyo Marui Airsoft 92F sometime during college (even though I never played Airsoft).

A couple of years ago, I picked up a used one for a pretty decent price, but only shot it a handful of times.  I found that my Remington 1911 R1 Enhanced shot far better groups than  my Beretta.  I know, it's comparing two completely different platforms, but at the time, I was a little disappointed in the Beretta's performance.  I also never gave my Beretta a chance and only shot bulk factory ammo through it.

Anyway, stumbled on a pretty sweet deal that was better than my first Beretta so I figured why not, let's give it another chance so I grabbed it. 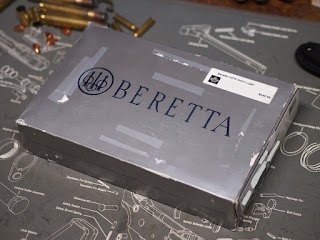 Brand new in box (BNIB), though the box was in pretty rough shape, lol! 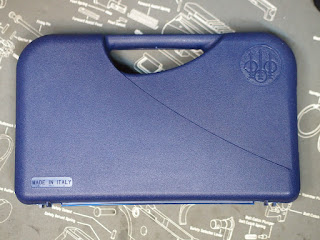 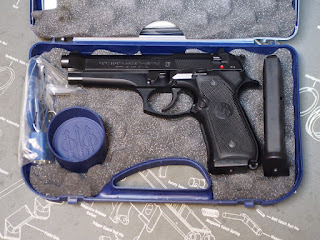 From the factory, it comes with two magazines, a cable lock, cleaning rod and manuals.  In Canada, the factory box is pretty much useless as it is not lockable, and besides that, the securing flaps that keep the box closed are made of cheap, thin plastic and will probably break right off after a short while. 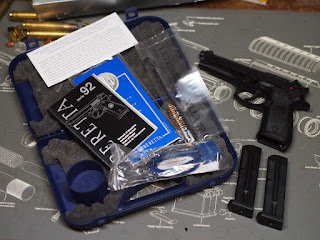 Lol, when I first saw the picture from the ad, I was wondering what is that blue plastic cup looking thing inside the box.  I don't recall my first Beretta coming with one, but then again, that one was used.  Obviously, I had a lot of time on my hands so I did a little research and people have suggested that it's a bullet cup, or a cup to hold small parts when you detail strip the pistol, and it also doubles as a reinforcement for the pistol case it comes in for shipping purposes.  Who knows, lol! 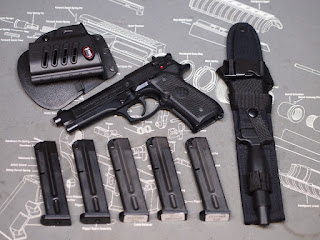 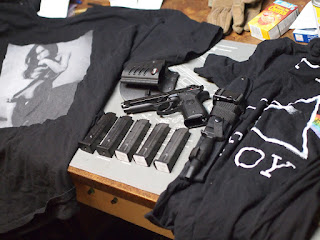 I bought this as a private purchase, and the previous owner bought the pistol from Wanstalls.  The seller threw in a bunch of extra stuff including three extra factory mags, a Fobus holster that fits the Beretta, a Gerber Mark II knife, two Pink Floyd t-shirts in 2XL, and a shirt with a half-naked girl on in in 3XL, lol! 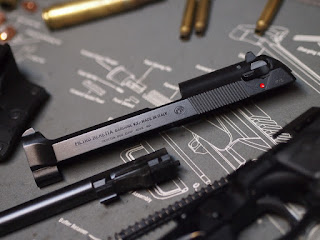 Breakdown of the 92FS was as easy as could be, I didn't even have to refer to the manual or youtube videos.  I guess I just sort of remembered from the last time I owned one. 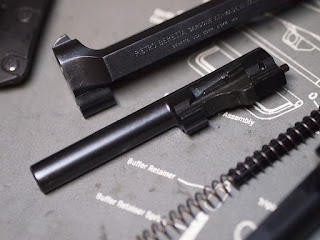 No wear whatsoever on the barrel, as expected from BNIB. 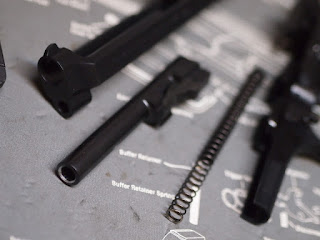 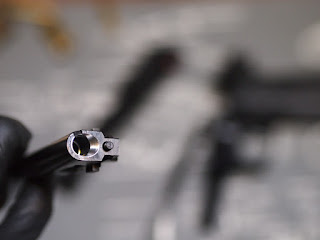 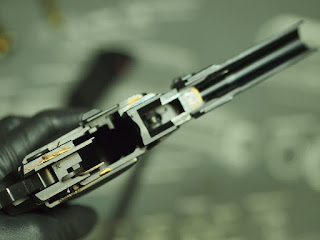 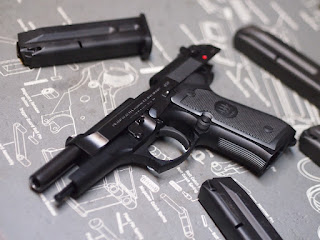 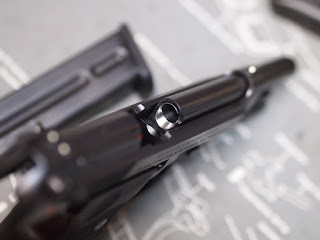 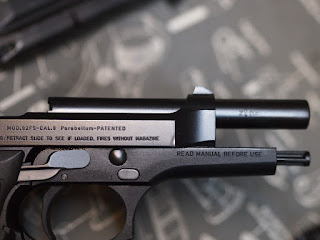 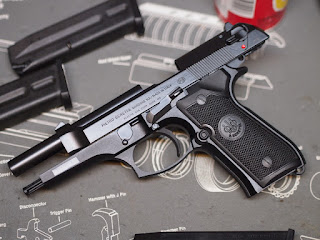 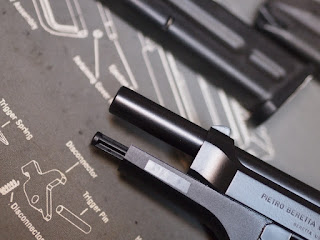 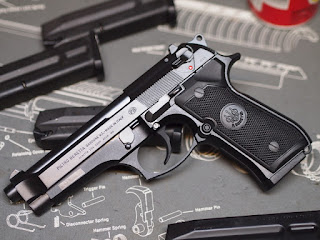 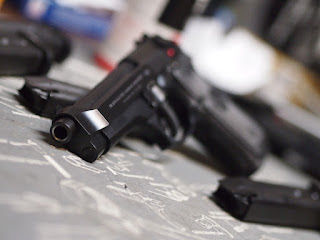 The last time I owned one of these, I swapped out the grip screws to hex ones, and I also subbed out the plastic guide rod for a metal one, along with the recoil spring for a Wolff spring I think?  I know I hated the factory trigger compared to my 1911s, but after owning a Sig 226 TacOps, I discovered a short reset trigger made a world of difference over the stock one.  I did some preliminary research and found Wilson Combat makes a Short Reach Trigger.  This and a Trigger Conversion Unit, also from Wilson Combat will reduce trigger pull.  I may get a spring kit as well, but I better do a bit mro reading.