Well, I dodged the bullet on a fake PRI front sight.  A guy was selling these on a local forum and he was of the belief that it was real.  I sent a picture to PRI and even they were of the opinion that it was one of theirs.

Pics from the original ad: 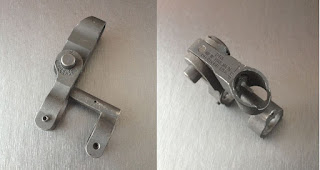 I don't think the owner was intentionally trying to rip people off.  He got them second hand from someone who told him they were real.  Unfortunately, they are not, though they look pretty convincing. 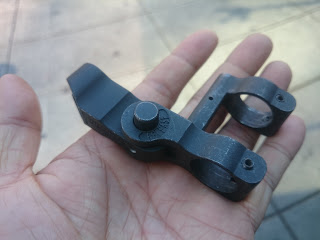 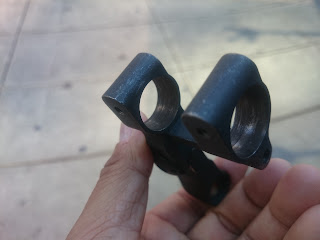 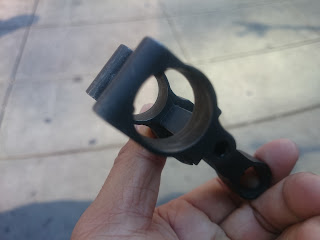 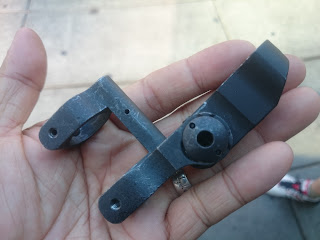 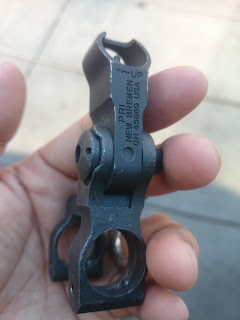 I went to see the seller in person today and had a look at them.  They looked pretty convincing, even had some weight to them, but after playing with them, I decided there was too much play in the sight in the opened or closed position.  The other thing, which was a dead give away took no longer than 2 seconds to see.  Spot it yet?  There's no gas port for the gas to escape the barrel and into the "gas block".  There was a hole for the gas tube, and even a hole for the gas tube roll pin.

Email ThisBlogThis!Share to TwitterShare to FacebookShare to Pinterest
Labels: PRI