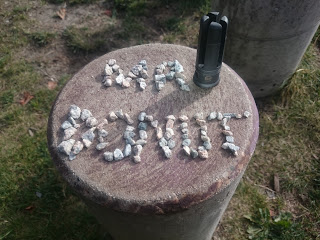 Here’s something interesting I managed to get my hands on, which is apparently made from unicorn blood - a Surefire 4 prong FH-556-RC.  These were apparently designed at the request of the US military in conjunction with the SOCOM-RC suppressor for the SOPMOD program.

Surefire redesigned the flash hider to a three prong design for commercial use but the US military contract still wanted the 4 prong.  According to some sources, the 3 prong is better at supressing flash than the 4 prong, but I’ve also heard from owners of both that they prefer the 4 prong.
What I’ve read is that once Surefire got the mil contract, they ceased civilian sales of the 4 prong and produce them exclusively for the US government, and as a result, there are very few of these on the market.  I’ve seen these pop up periodically, some for as high as $300 USD on Fleabay, which is a ridiculous amount of money for a flash hider, especially one that I cannot even use to its full potential (in Canada anyway) as the fun part that attaches to it is prohibited.

Still, it’s all part of the OCD of building clones, and I paid stupid amounts of money on other things in the name of clone building.  Just look at the KAC M4QD flash hider for $147 CAD for instance.  Its clone correct, however, it really isn’t much more than a standard $20 A2 birdcage with grooves cut around it and a notch to time their suppressor.  Smith Enterprises Inc also produces their 4 prong Vortex flash hider, which is readily available in Canada from Nordic Marksman for about $125 or something like that, and if you were building a CANSOFCOM C8IUR clone, that would be perfect (hmmmm….ideas…….) 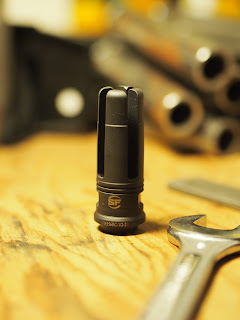 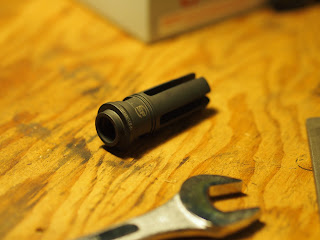 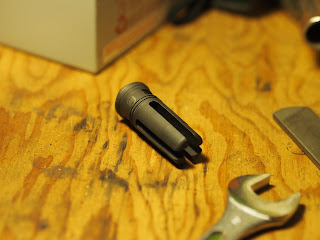 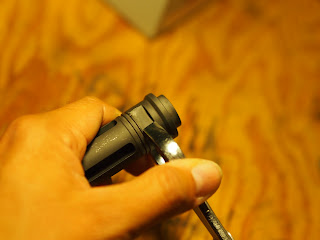 Anyway, I was going to spin it on for fun, just to see what it would look like on my Mod 1 clone, but my 3/4 “ wrench was too thick to fit and the flash hider didn’t come with any tools.  I know there’s a tool for the Smith Enterprise flash hider out there, but I wasn’t about to go out and try to source a tool for something that’s already unicorn blood. 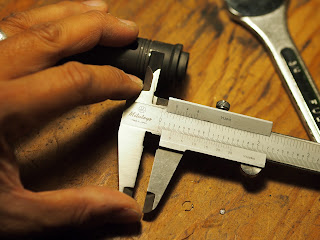 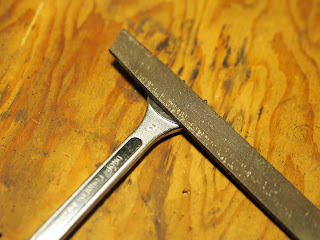 So out came the files and a couple of clamps and I went to work on one of my spare wrenches. 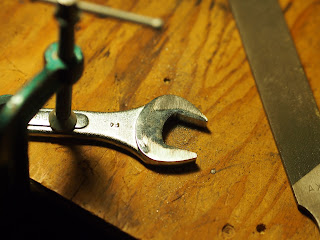 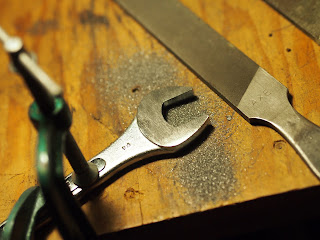 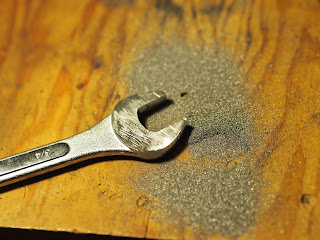 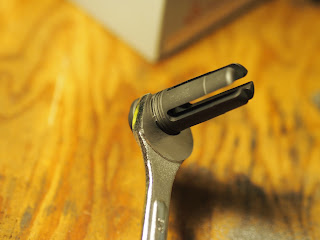 I managed to take off just enough material to fit it onto the flash hider, but when I went to look at my upper, I found I had to take the Daniel Defense RIS II completely off to access the KAC M4QD that came with my upper.  Anyway, I haven’t gotten around to that yet, so I’ll post some more pics when I do.