A buddy of mine, Matthew gave this to me today.  I asked him if he had an A2 fixed buttstock laying around or in his spare parts box and he shows up with an A2 stock and this upper, lol!  Thanks Matthew! 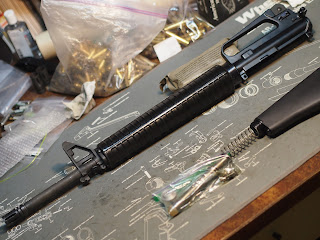 We had a bit of trouble identifying it though, as it doesn't appear to have any forge marks. 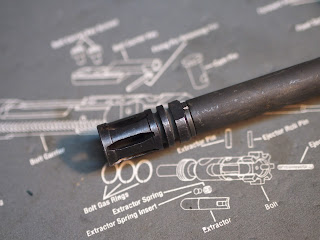 It's not exactly a standard A2 birdcage as the port all around the device.  The standard A2s that I'm used to seeing has 5 along the top and side, but nothing on the bottom to keep dust from kicking up (please bear in mind I'm still very much a noob when it comes to firearms and ARs in general). 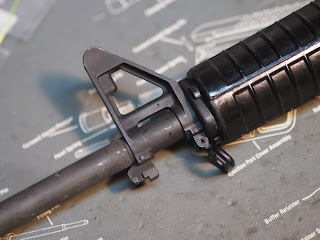 No forge marks on the front sight base. 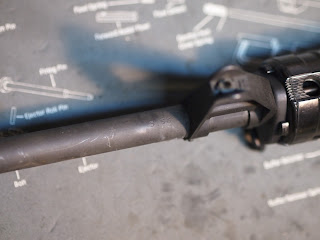 The only marking on the barrel appears to be "5.56" 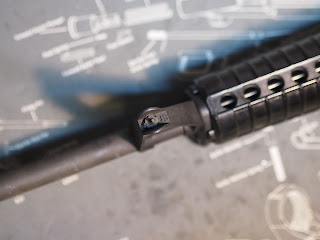 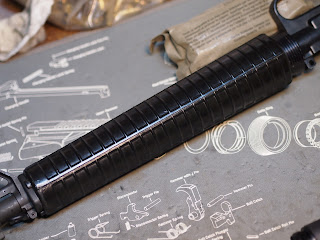 The hand guard is shinier than any I've had before, so I'm not sure if it was painted that way or just shiny from use.  It seems to be the same diameter around as another set that I have. 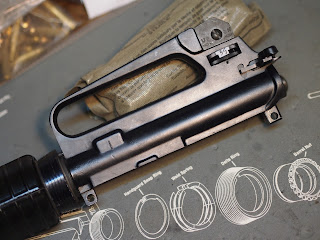 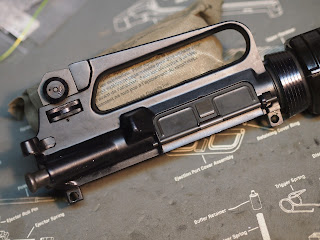 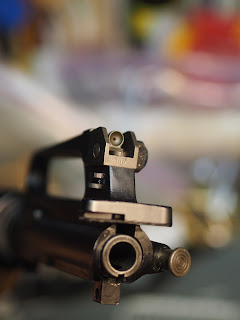 There appears to be an "A" stamped into the rear takedown tab. 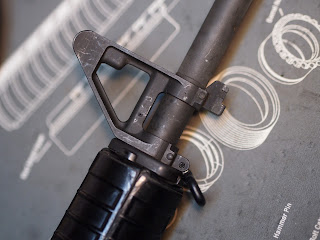 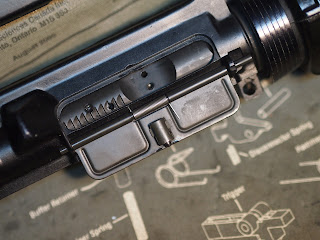 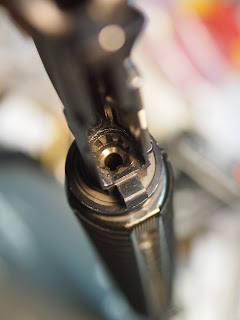 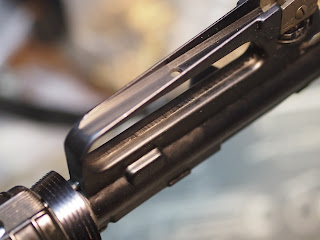 The finish is a bit rough in this spot, but I've never had an upper with a fixed carry handle. 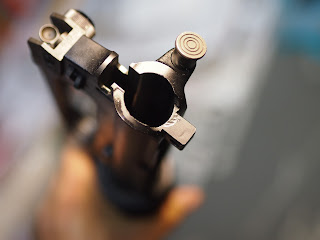 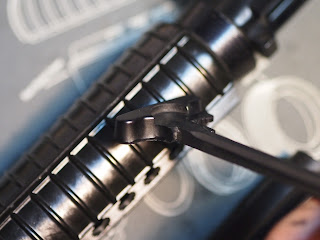 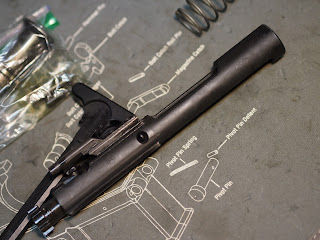 The stamp appears to be Smith Enterprises.  It's definitely not a full auto BCG, but I'm sure it's fine. 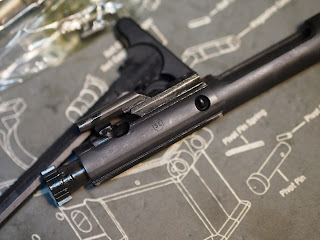 The staking is nothing I've seen before either. 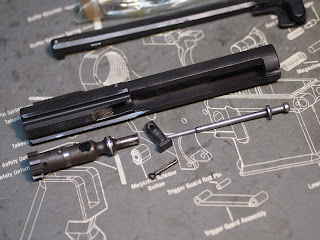 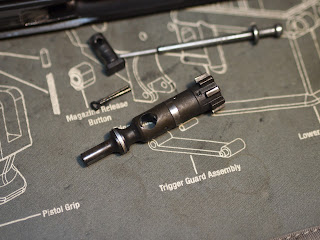 No markings on the bolt 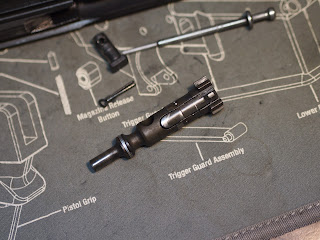 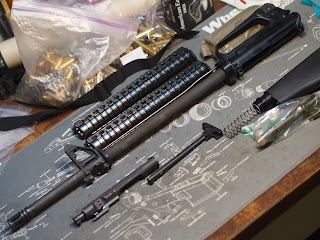 When I took the hand guards off, it revealed a heavy barrel. 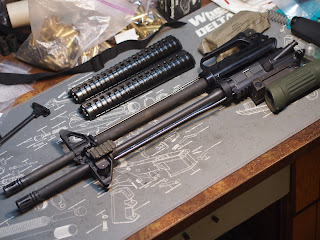 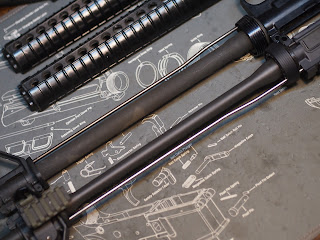 Again, not my first heavy barrel, but this one had no markings save for the 5.56.  Here's a comparison with my Colt Canada SA20 barrel. 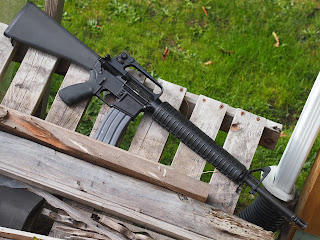 Just threw the upper on my SR15 lower to see how it would look. 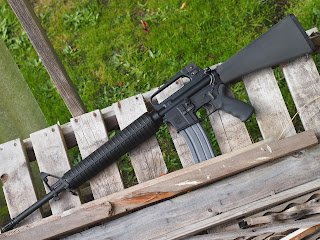 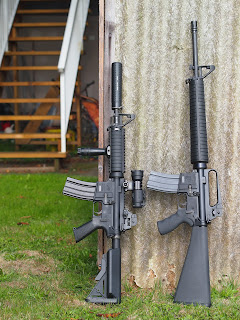 Next to another rifle from roughly the same generation. 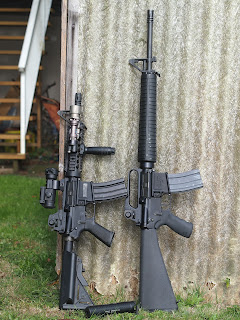 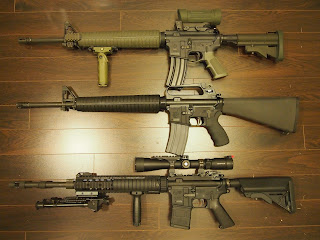