I've spent money on dumb things before, but this one is right up there on the stupidity/OCD meter. 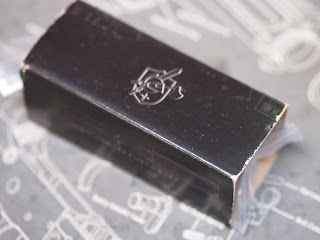 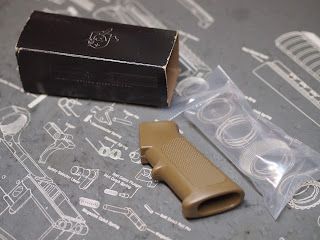 KAC M110 Taupe A2 grip.  It costs roughly 5 times as much as a regular A2 pistol grip, the only difference is it comes in a KAC box....and it's taupe.  Near as I can tell, it's basically identical to a regular A2 grip. 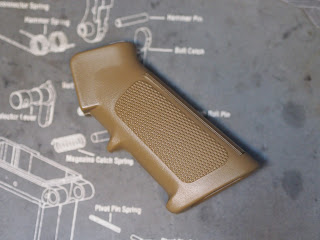 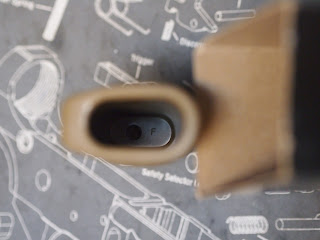 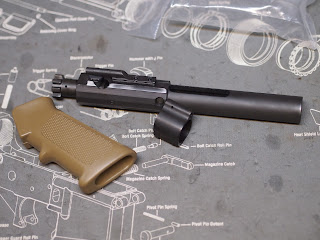 The grip showed up with some other stuff, like a factory BCL gas block, and a DPMS parkerized 308 BCG. 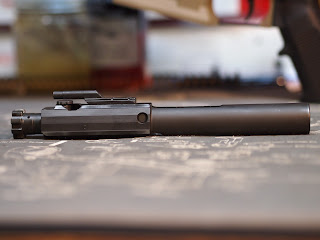 I got a smoking deal on this BCG.  It was previously enjoyed, but saw very little use, and for that, I paid less than half of what these things go for retail. 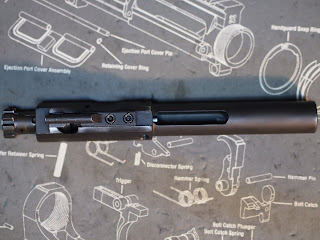 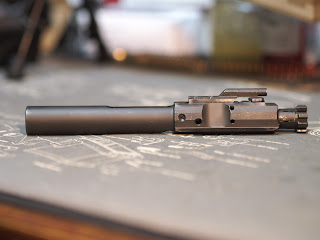 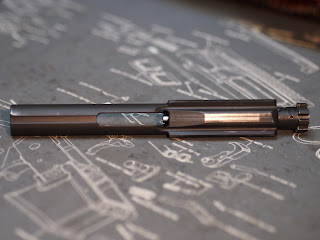 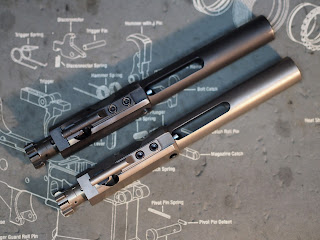 Comparison between the DPMS and the AR Stoner NiB BCG. 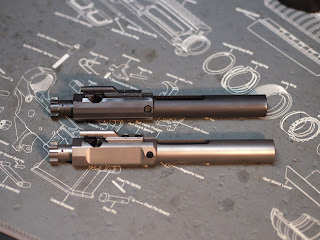 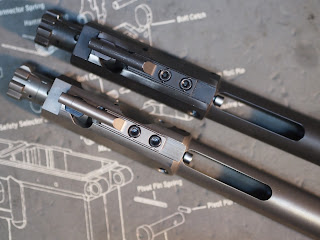 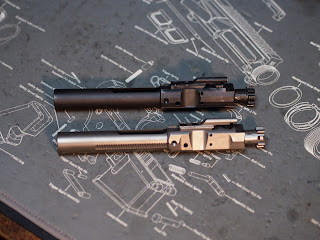 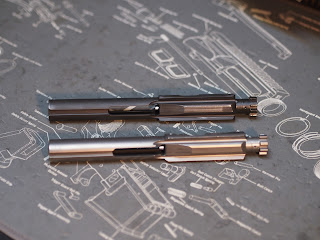 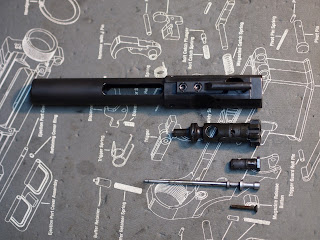 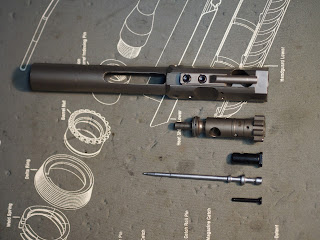 Both BCGs seem decent, nothing to write home about, but time will tell which one, if any will work. 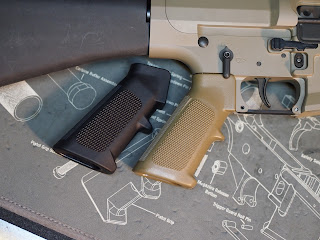 The KAC grip didn't color match the BCL receiver set, as expected.  And I doubt the spray paint I bought for some of the other furniture will match either, lol!