Testing out my BCL 102 with Balliatic Advantage 6.5cm barrel


So, I was testing out my BCL 102.  I wasn’t sure if the thing was going to kaboom or not (hence the gloves and the eye pro).

The first time I had the thing out, I had all sorts of problems like FTE, FTF, stove pipes, double feeds and just poor cycling in general.  When my buddy watched from the side, he noted the shell casings would just dribble out, if they ejected at all.

My pal who works at the LGS suggested the rifle was undergassed so I drilled out the gas port from 1/16th to 5/64th,

Anyway, I took the rifle out after enlarging the gas port and it still had the same symptoms.  I got home and tried to cycle rounds through it, but I wasn’t even able to extract any rounds by racking the BCG back and forth.  So, I decided to swap out the Midwayusa AR Stoner NiB BCG and threw in a DMPS one I had laying around and I was able to extract and eject rounds just fine. 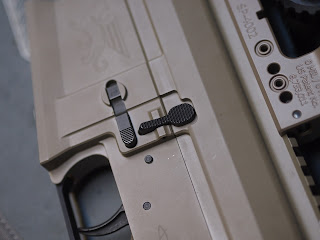 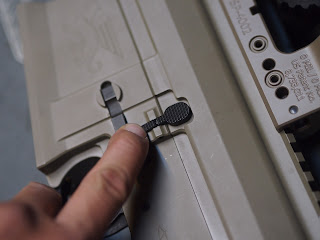 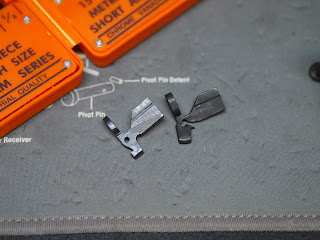 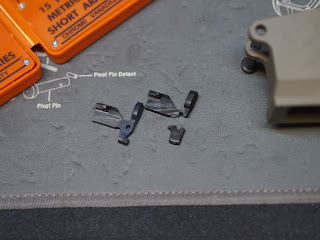 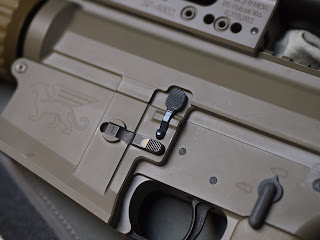 So, here I was at the range, testing the rifle under live fire and it seems to be cycling fine now.  I shot 4 groups but then the Armalite bolt catch sheared.

I’ve read that Armalite bolt catches have been known to fail, even during the US military’s SASS trials.

Anyway, I installed a filthy commie bolt catch from a Norinco, hopefully they are made of the same steel as their receivers and share the same strength qualities.  I’ve sent Wolverine an e-mail today (7Aug18) regarding the Armalite bolt catch (because I purchased the LPK from them), let’s see what they say.

The groups weren't outstanding, but I'd say they weren't horrible for a semi-auto.  I'd say about 1moa-1.5moa.  The reason I say not great is because I shot .65moa with my buddy's rifle, but the reason could be any number of things.  First, I was more comfortable behind his rifle.  His scope was mounted a bit further forward, resulting in a comfortable view behind the glass.  Second, his rifle had probably seen more than 100 rounds, so his barrel was nicely broken in.  Third, I could just be a really lousy shooter and was just lucky, lol!

Anyway, let's hope the Norinco bolt catch holds up and maybe Wolverine Supplies will have some good news about broken Armalite bolt catches.