A few weeks ago, I finally got rid of my POS 1996 Jeep Grand Cherokee.

I bought the thing years ago and it was a total lemon with crap breaking down all the time.  If it wasn't snapping belts, it was leaking fluids out of every orifice.  The tranny went on it, so did the exhaust, and the shocks were going too.  I poured tons of money into it, but it didn't make it any better.  I should have known better since the thing had a million miles on it, but I guess I turned a blind eye because the thing came from a buddy.

Anyway, the wife needed a new car and I needed transportation to look at new cars.  I checked what fluids I could including of course the oil.  The dipstick said there was oil in it, but it needed to be topped up.  I tried to put the dip stick back in, but it didn't want to go in.  Oh, I remember this.  The last time this happened on the side of the road, I ended up cutting the stupid dipstick in frustration because the tube was bent so bad that it made it nearly impossible to reinsert the stick.

Anyway, I grabbed a jug of oil and tried to spin the oil cap off, but it just kept on spinning.  Something was stripped in the stupid thing and it wouldn't come off.  Ok, no problem, the truck could probably run on minimal oil and since it had been leaking so bad over the years, at least the exhaust manifolds were nicely lubricated.

I went to Costco, got a new battery and hoped the thing would fire up after all these years (hasn't been driven since 2015) threw a battery and somehow managed to get it started.  The tranny was fucked and was rebuilt but reinstalled half-assed.  The thing won't start in Park sometimes and had to be put in Neutral to get it going.  Then it wouldn't move unless you went back into Park, then back into Drive.  It was totally fucked.  Anyway, somehow, the thing started, but it smelled like burning and smoke was pouring out of the engine bay.  I guess exhaust manifolds don't like to be lubricated. 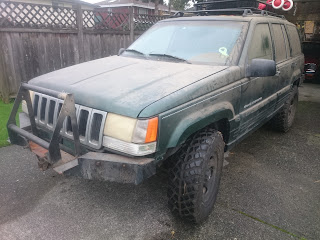 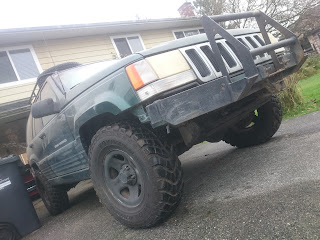 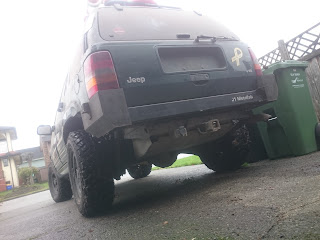 I got the thing started, drove it around the block a few times to burn the oil off the manifolds and also make sure the Jeep wouldn't explode on me before driving it too far.  I decided to take it out further and stretch it's legs.  The shocks were completely dead and I was bouncing around all over the place, even on smooth roads.

I limped the thing over to the Automall to check out a car for my wife.  It somehow got me there so I parked it at a dealership and went inside to talk to a sales guy about a car in the lot.  When I came out, I saw a small group of sales guys hanging around the Jeep and pointing at something underneath.  I looked and saw coolant pouring out of the front end.  I ignored them and went for a test drive in the car I was interested in.  When I came back, it was hard to ignore the river of coolant across the dealership parking lot. 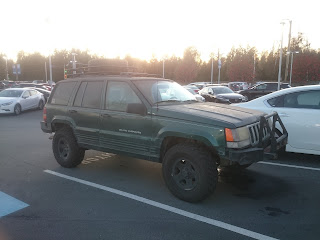 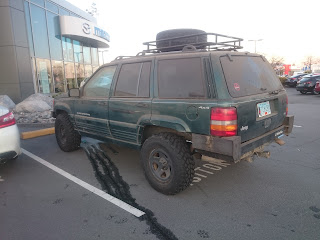 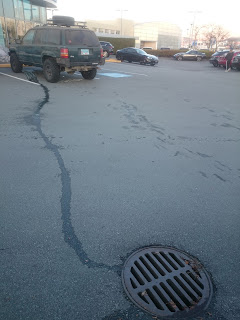 I decided I would probably not drive the Jeep home and if the dealership was willing to give me any money for that death trap, I'd take it.  Surprisingly, they gave me $1,000 more than I was expecting (which was $0).   I was really hoping they wouldn't try to start the thing while I was there and have to explain the screwy transmission.

I was already signing the papers for the new car before they got to that, and they already wrote into the sales contract the $1,000 they'd give me for that piece of crap so there was no turning back now, haha!  Got a shiny new Subaru BRZ with a 6-speed transmission for the wife, and I finally got rid of that albatross that was sitting in my garage for the last three years.

Anyway, good by and good riddance to that God-forsaken excuse for a vehicle, I'll stick with Toyota for 4 wheeling from now on (got a new 4Runner not long ago).  As far as this blog is concerned, I'll just stick with something more fun than broken Jeeps. 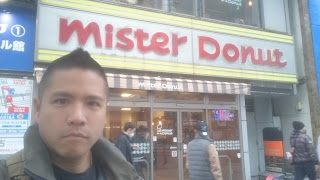 Email ThisBlogThis!Share to TwitterShare to FacebookShare to Pinterest
Labels: Jeep