Lately, I've been offloading firearms that I never use anymore.  Essentially safe queens, I figured there's no need to have so much money tied up in tools I don't use so I've been flipping them.  Instead of stockpiling the tools, I've paid off some debt and used some of the funds to buy the pills to feed the pigs I have. 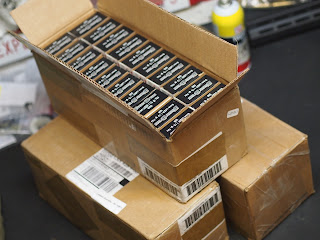 Picked up some cheap 9mm from SFRC when they had one of their crazy sales, which worked out to about $240 a crate to my door.  Not bad, because a few years ago, I bought 1k rounds of 9mm for $300 plus tax. 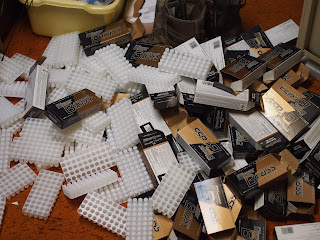 Made a bit of a mess though. 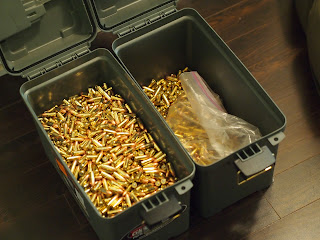 On the left is what 2k rounds looks like in one of those Cabela's ammo cans.  I still have a bunch of leftover 9mm from when me and my pal Alex bought some cheap reloads.  Figured I'd finish shooting that stuff off first before diving into the factory loads.

I guess Garand Thumb had something to do with my new philosophy on hoarding firearms.  It's better to practice more, get more training in because simply owning all these gucci firearms won't make me better, time and training will.

Email ThisBlogThis!Share to TwitterShare to FacebookShare to Pinterest
Labels: 9mm