I just received this little package in the mail: the Cadex Folding Vertical Grip.  Thanks Patrice!  So I took off the KAC/P&S vertical grip and threw it onto the M5 RAC for the ultimate Frankensteining.  Though the rail system was pretty standard issue for the US military, it was only under considered for the C7A2, but never implemented.  I think a few managed to get into the system for trials, and I heard the guys that were testing them out liked them, but it just didn’t happen.  The CF went with the Diemaco TRIAD tri-rail (the one you see on my rifle is a BCM reproduction) instead and contracted Cadex to provide the folding vertical grip which is commercially available on their website. 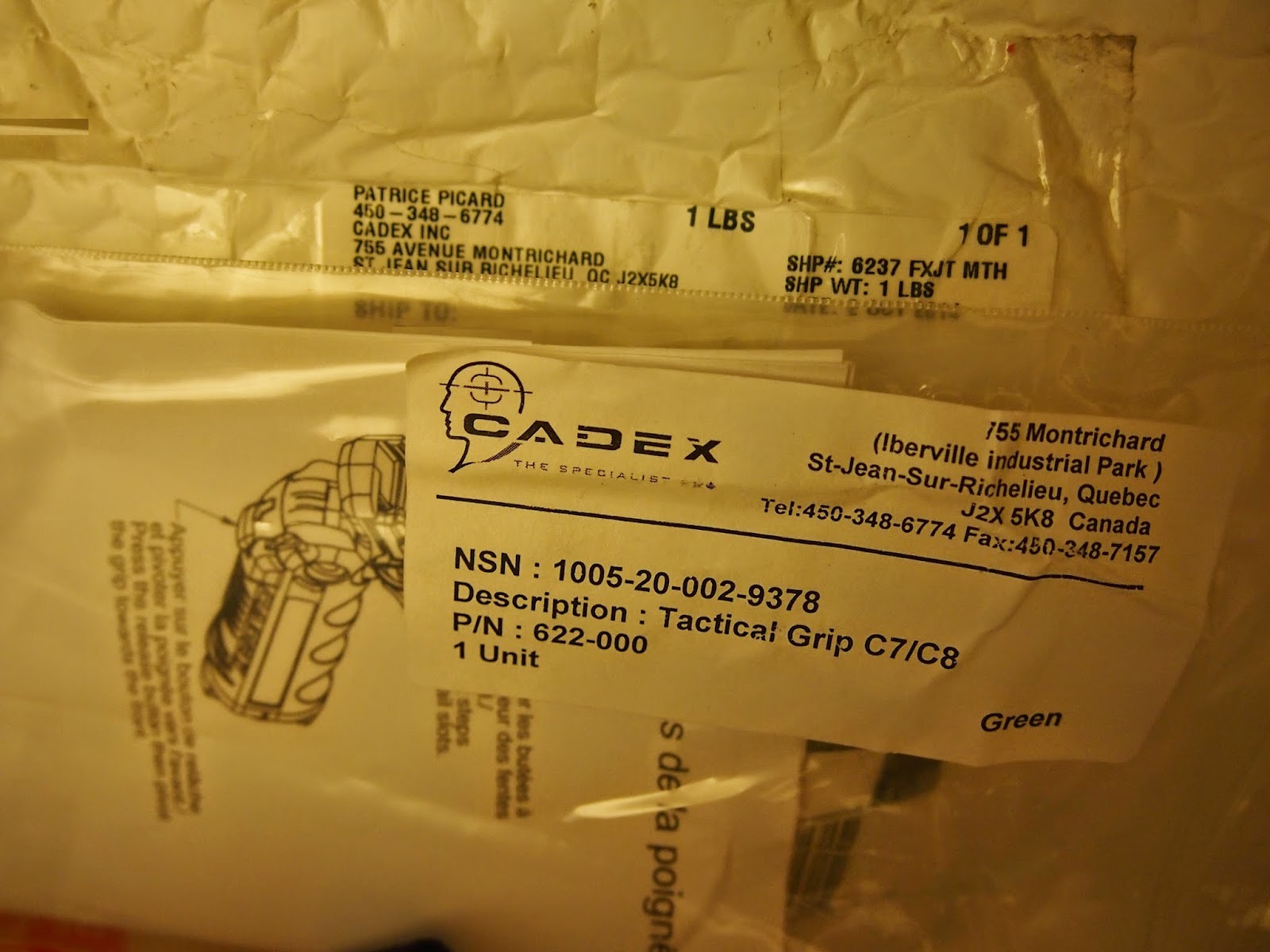 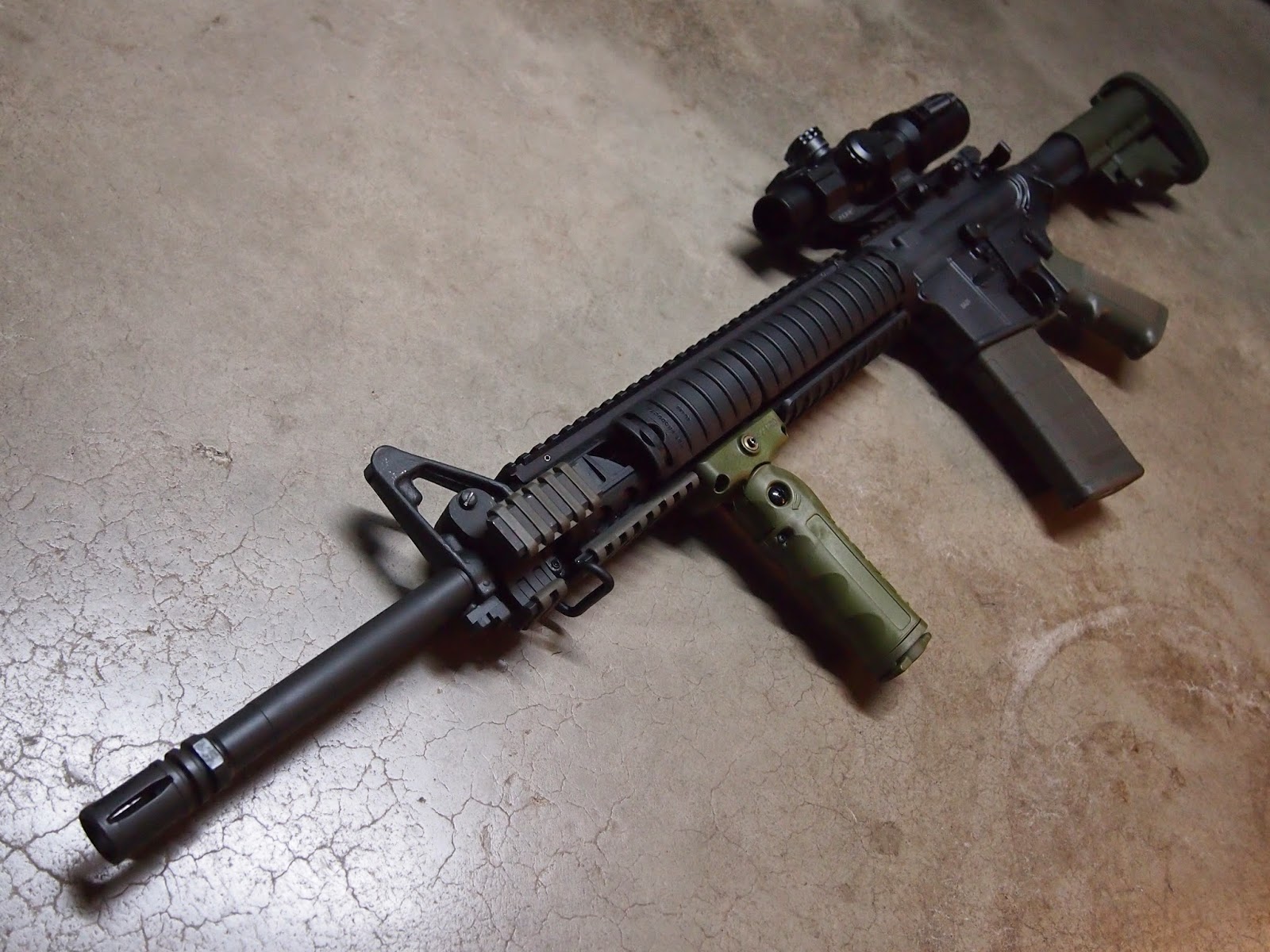 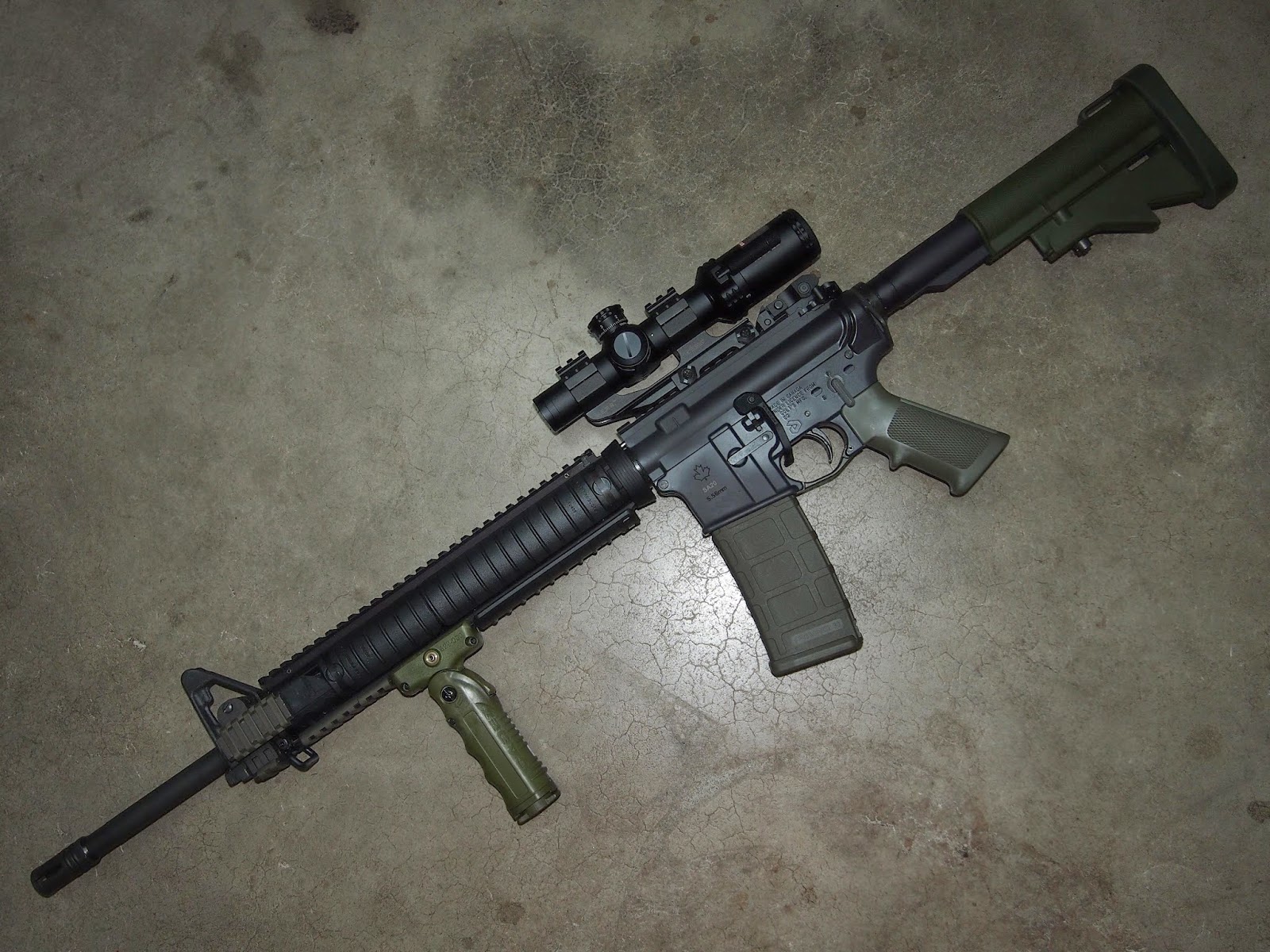 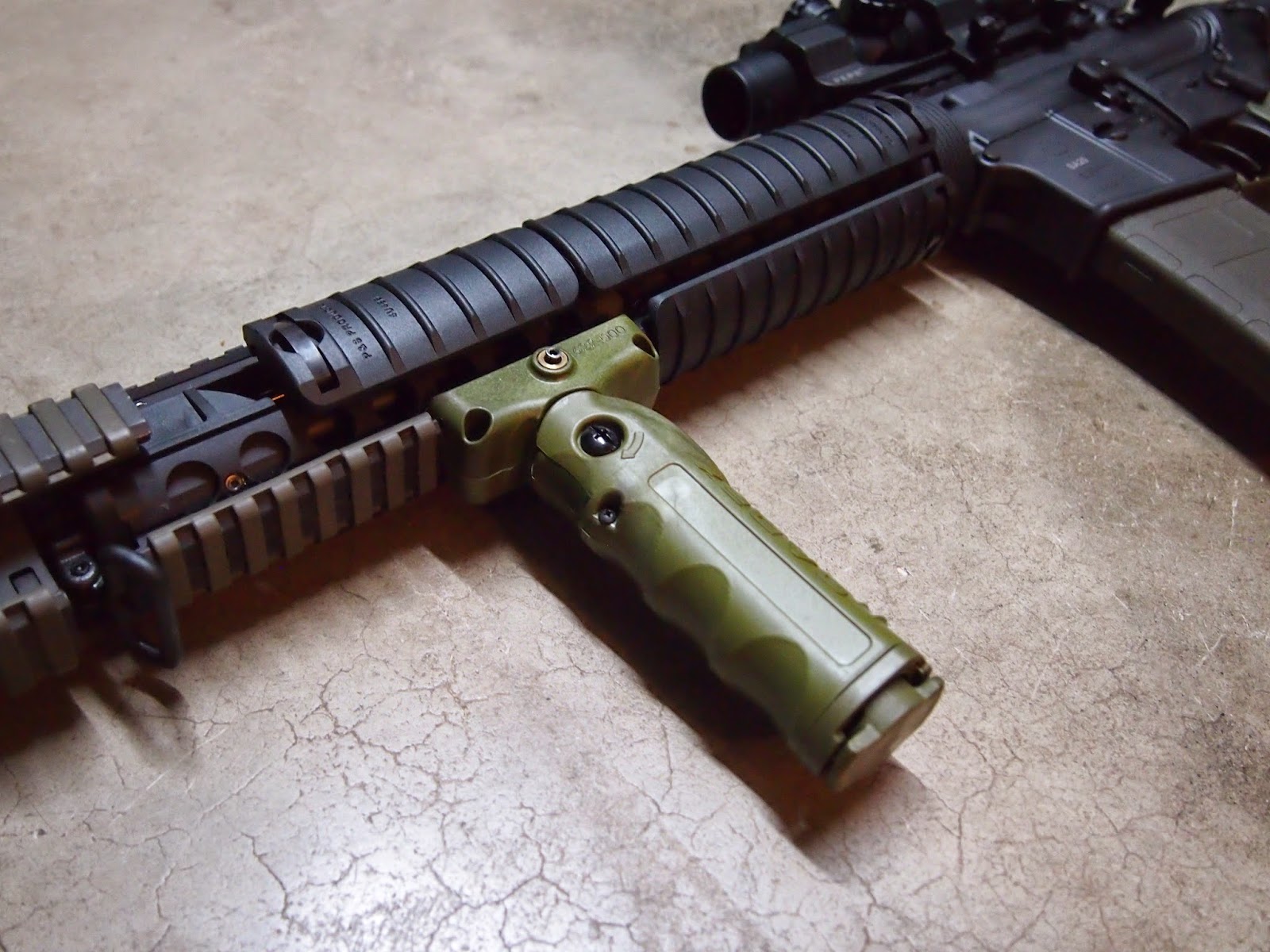 There was nothing wrong with the KAC/P&S Products one, and to be honest, I prefer the feel of the stubby Mapgul RVG (Rail Vertical Grip), but the Cadex one is affordable, it’s what’s on the issue rifle, and if I ever want to return the rifle to that authentic look, I’ll have it available.  The differences between KAC/P&S grip compared to the Cadex one is the KAC grip slides on, does not fold, and can be installed without tools (twist/friction attachment system).  The Cadex grip folds, locks firmly in place in the open and closed position, can be mounted straight on to the rail (does not need to be slid on) but requires a flat head to crank it down.  That being said, everyone in the CF should have their Gerber so this shouldn’t be a problem.
BCM Tri Rail Reproduction: