Got a few new toys in the mail

I went on a bit of a shopping spree the last little bit and picked up a few new items:  1911 compensator, amazon.com special....and it didn't just drop in, it will need fitting.  I'll get around to it, but for now, it will just sit in the spare parts bin. 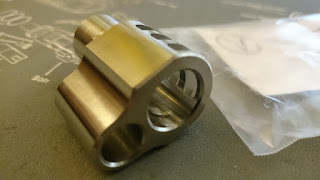 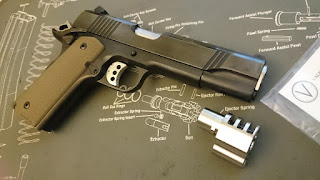 I tried it on my Norc, as well as my Remington R1E, didn't drop in for either.

The following is probably the shortest amount of time I owned one particular firearm.  The ISSC Mk22 SCAR clone.  I won it on an auction online for an incredible price, but ended up flipping it to my friend the day it arrived in the mail because I bought a new toy right after buying this one.

Sorry, no real review here, no range report, all I know is it's 2013 production, so theoretically, it's "Gen 2" and should have all the kinks worked out.  If I'd kept it, I probably would have ordered the HK takedown pins for it as well as the GSGPro thread adapter. 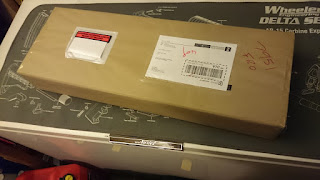 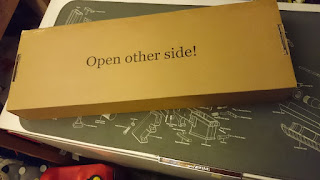 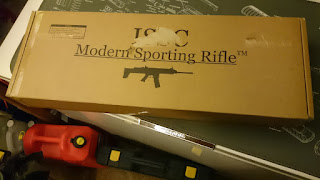 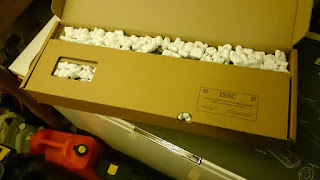 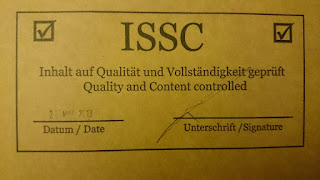 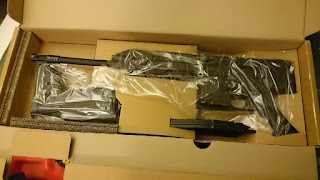 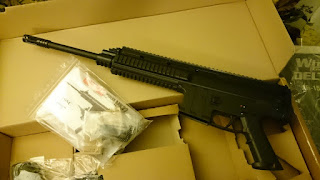 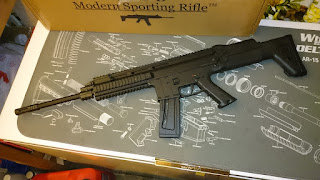 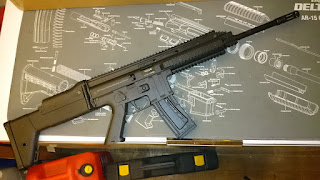 So, what did I sell it for?  I picked up a Colt Canada stripped lower receiver.  I'm not really sure why I jumped on one of these, for $450, it was a stupid price.  The retailer cut me a break, but still, a bit overpriced I think for a stripped lower.  But I had to have the rollmarks to go with my Colt Canada IUR.  So far, I'd been running it on a Colt USA M4 lower, and there is absolutely nothing wrong with that, but the OCD part of me made me buy the Colt Canada lower.

What really cheeses me off is that not long after I bought the lower, did retailers start selling complete lowers, first released with the black furniture, and now they've got a limited run of leftover green furniture.  They run about $900 right now.  I don't really care for the furniture, but it does have collector value so it;s worth holding on to.  Who knows what's next from Colt Canada....hopefully a 10.5in IUR as well as the IUR DMR. 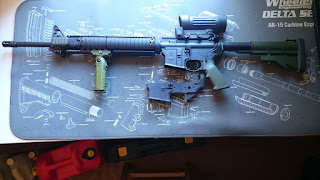 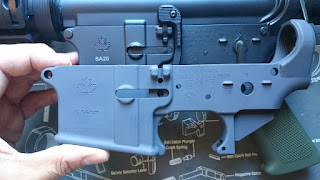 Anyway, here's the stripped lower.  As you can see, it's a really light shade of gray, and apparently, they all came from the factory like this.  Reminds me of some of our C7s, where the upper and lower had slightly different colors. 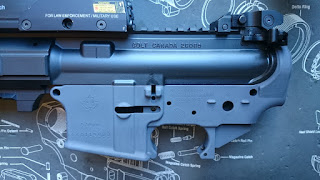 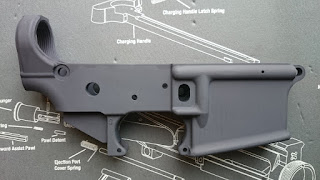 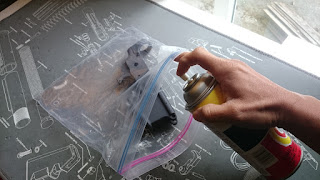 No big deal about the lighter gray, just soaked it in a G96 oil bath and it should darken that puppy up nicely.  Plus it will smell nice too! 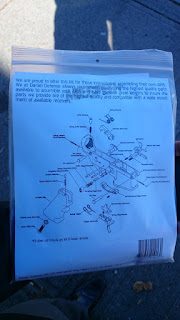 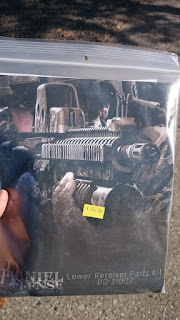 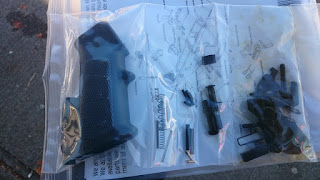 Picked up the Lever Arm's last Daniel Defense lower parts kit.  I was going to swap the parts over from my US Colt M4 and sell the stripped lower, but I might just end up building a whole new AR with that lower.  Already shopping around for a new upper, lol!  Want something short, like a 10.5in.