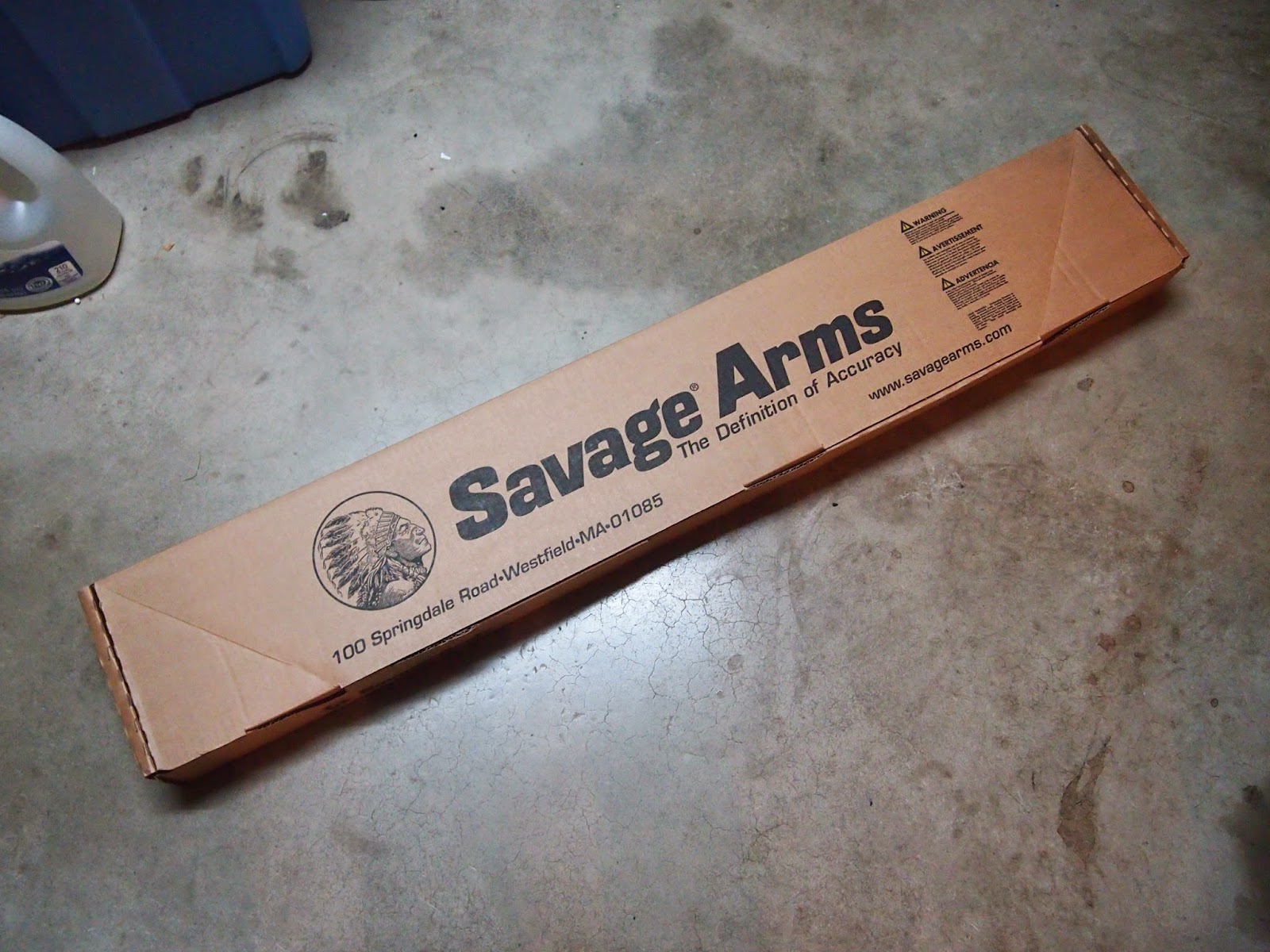 I’ve been eyeballing the Savage Mark II series for a while now, just because I want an inexpensive bolt-action plinker. Actually, I was originally looking at the Savage Mark II FV-SR and the plan was to drop it into a Boyd’s Tacticool stock. After a little research, I found that it was going to be more of a pain to find one in Canada than just buying a rifle that already comes with it, so I started looking at the Savage 10TRR-SR. The only problem with the TRR-SR is the price. At about $539-599, depending on who carries it, I was hesitant because its big brother, the Savage 10TR in .308 only cost me $599.


I was at Italian Sporting Goods with the wife and she egged me on daring me to see if I would/could buy it (haha, credit card was damn near maxed at the time). I took the challenge and walked out of there with a new Savage 10TRR-SR. 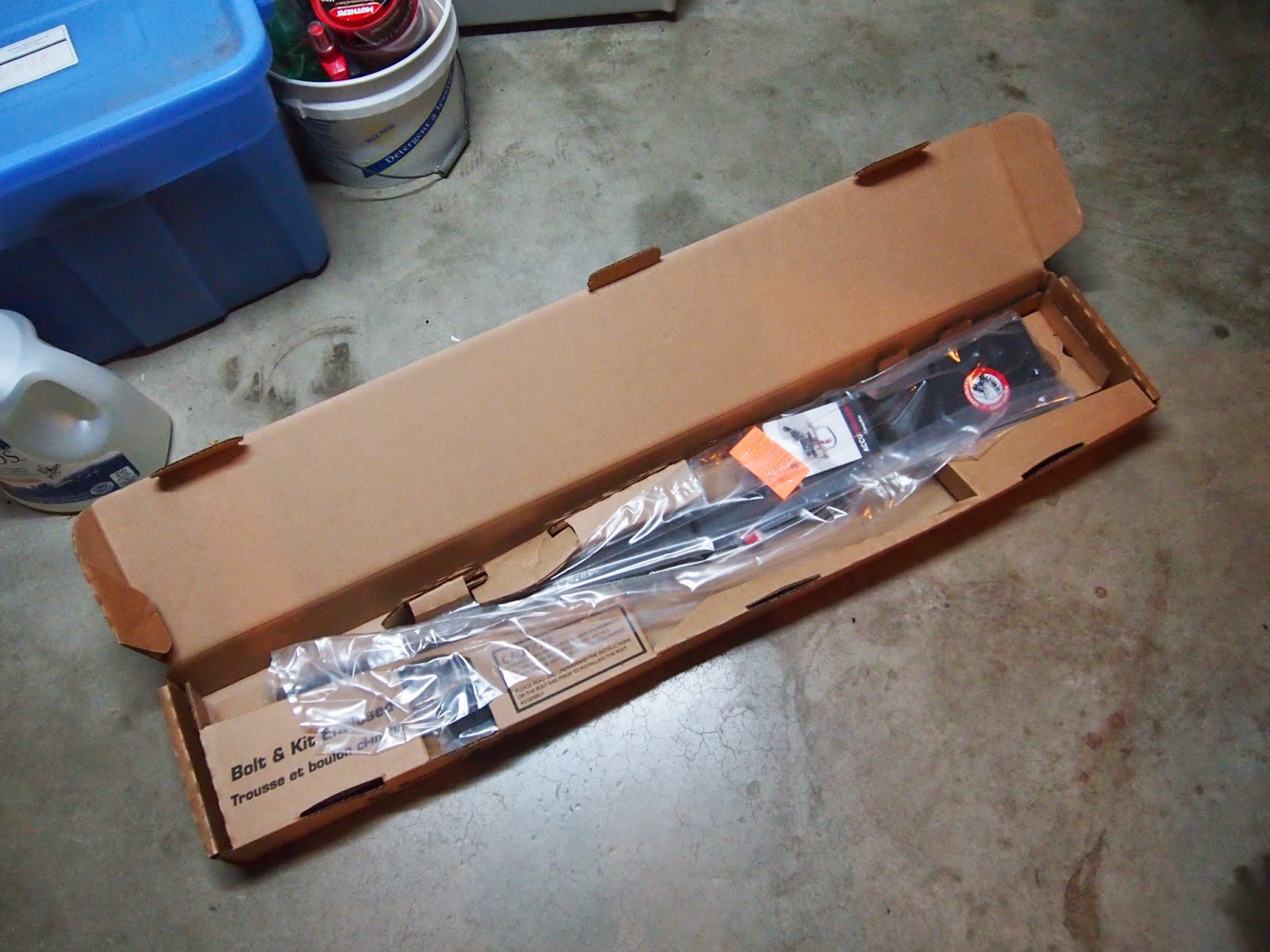 On opening the package, I was reminded of the time when I just got my 10TR, the packaging was virtually the same.  The rifle came in a plastic bag, no Styrofoam packing, only cardboard.  The rifle came with the bolt, a 5 round magazine, owner’s manual, AccuTrigger adjustment tool a cable lock, and the hideous monstrosity of a scope rail (my opinion anyway). 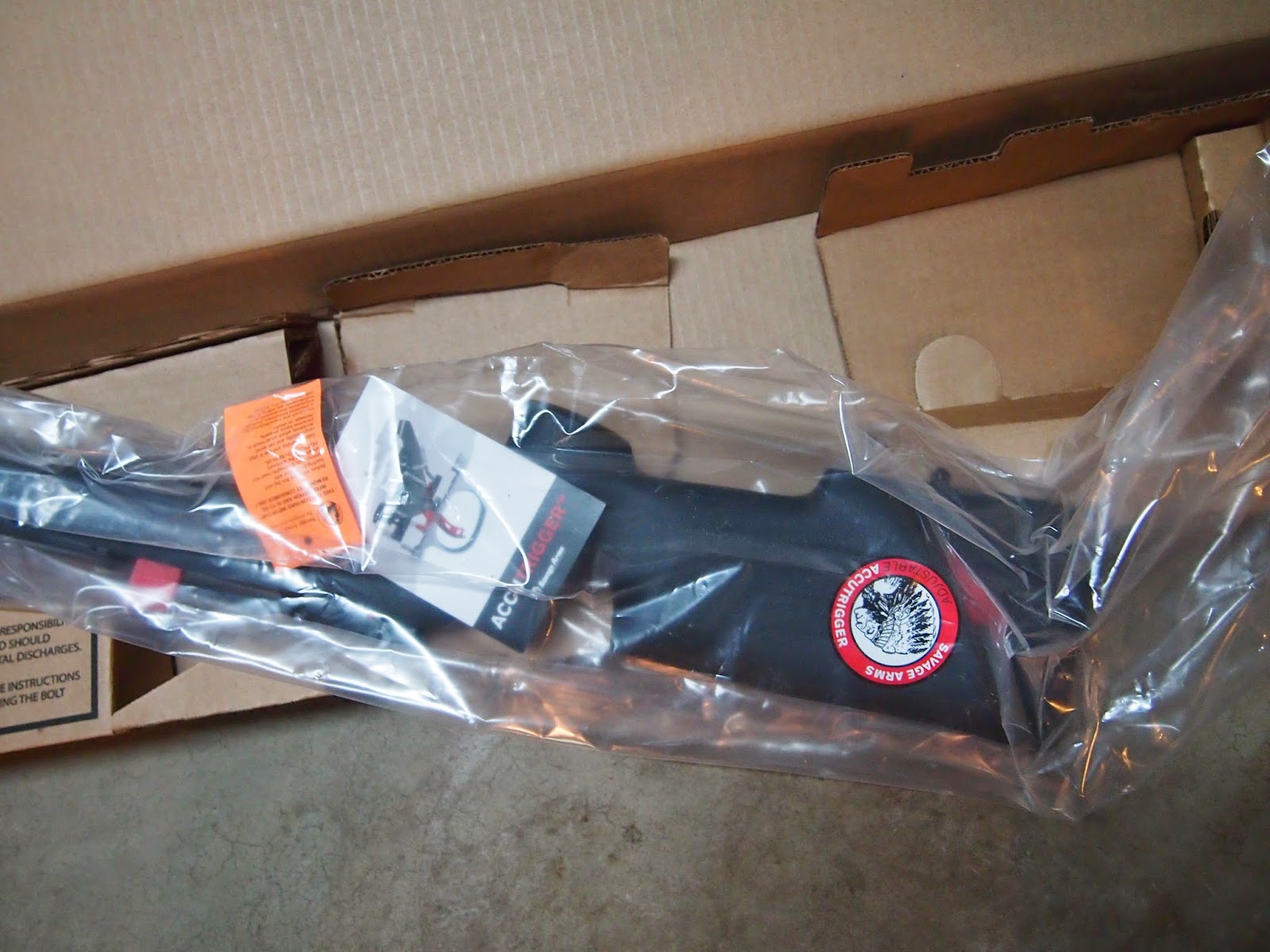 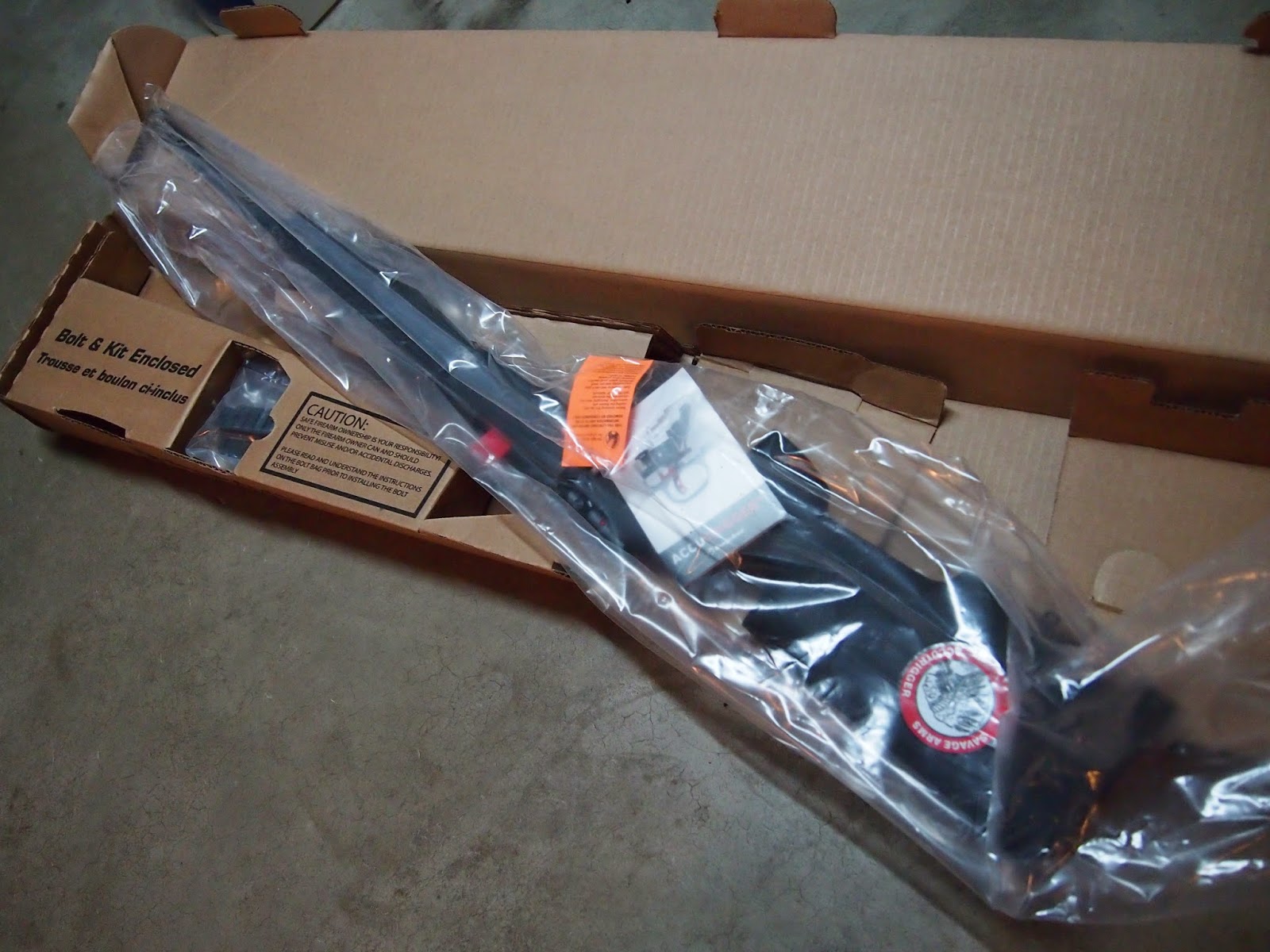 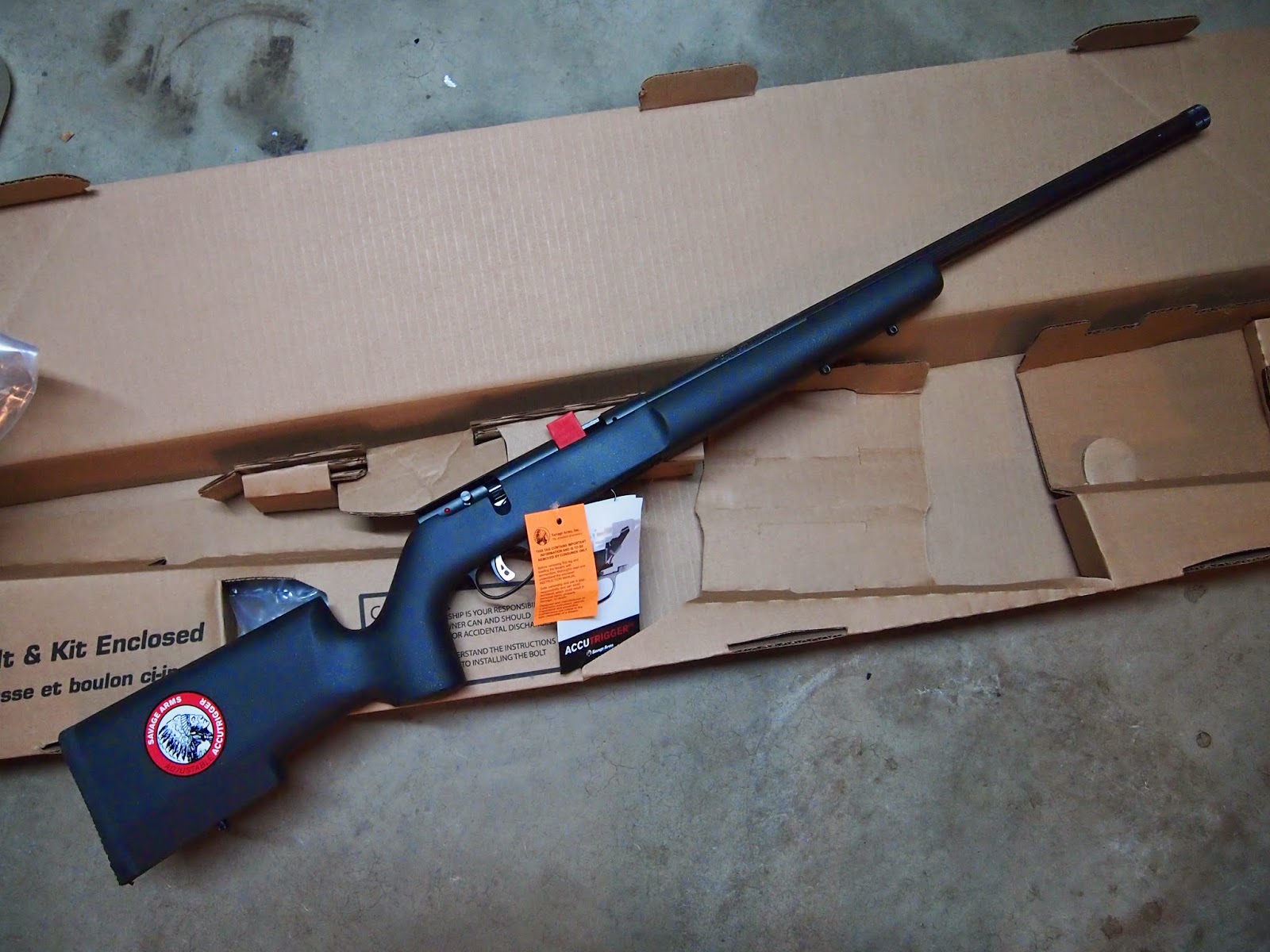 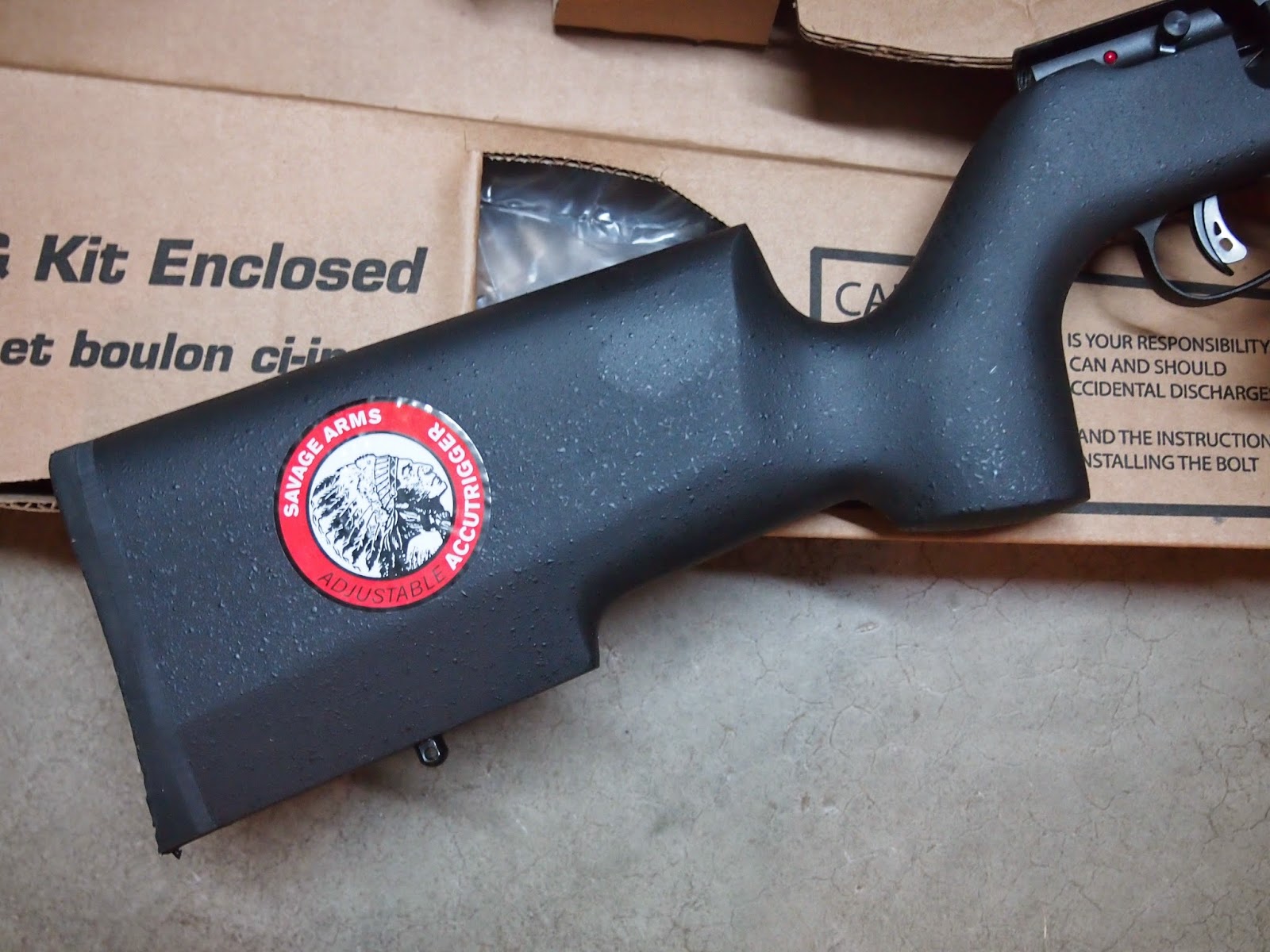 The stock is not a Savage AccuStock, but what appears to be a laminate wood stock coated with some sort of textured finish that looks like undercoat. 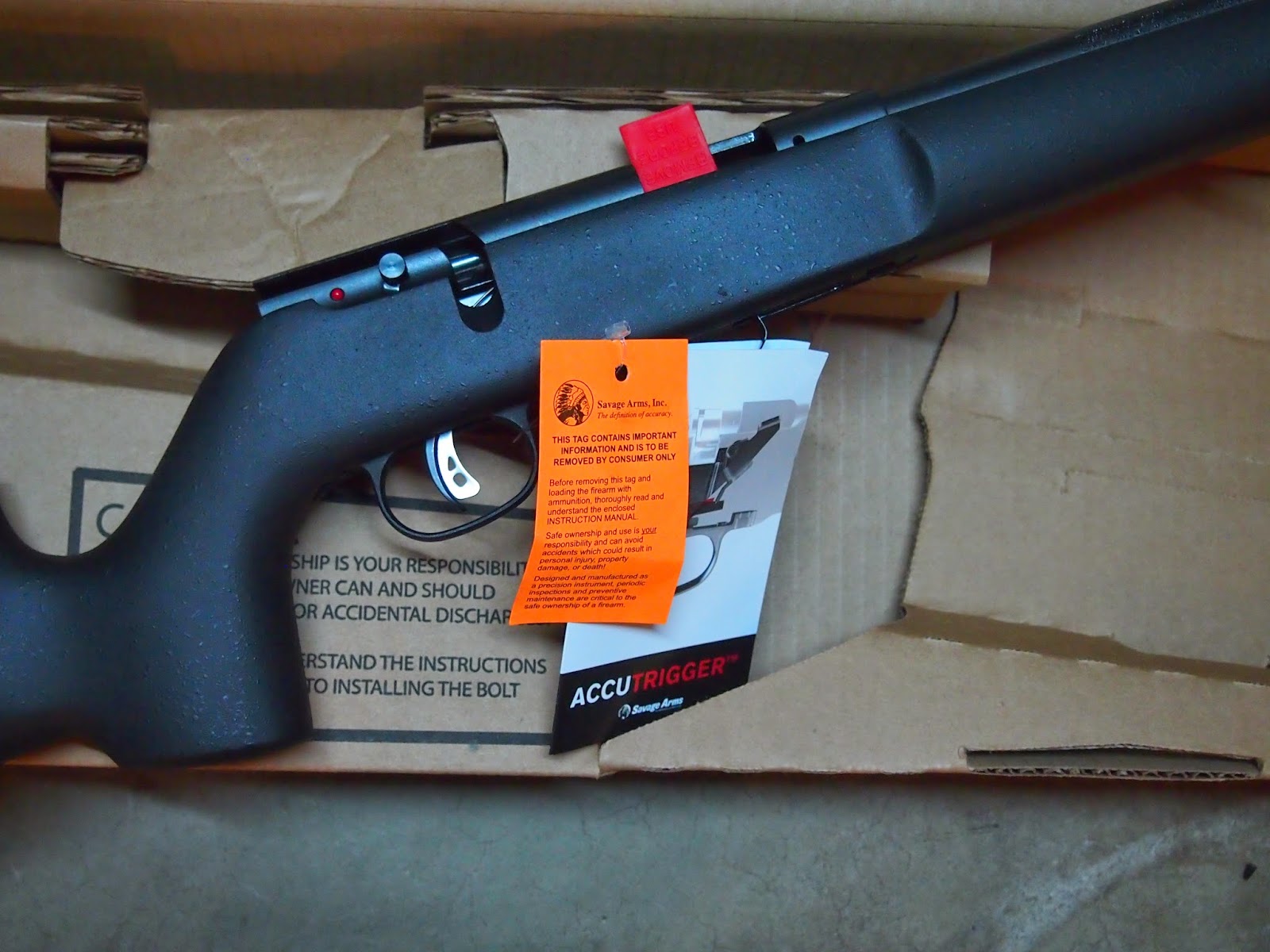 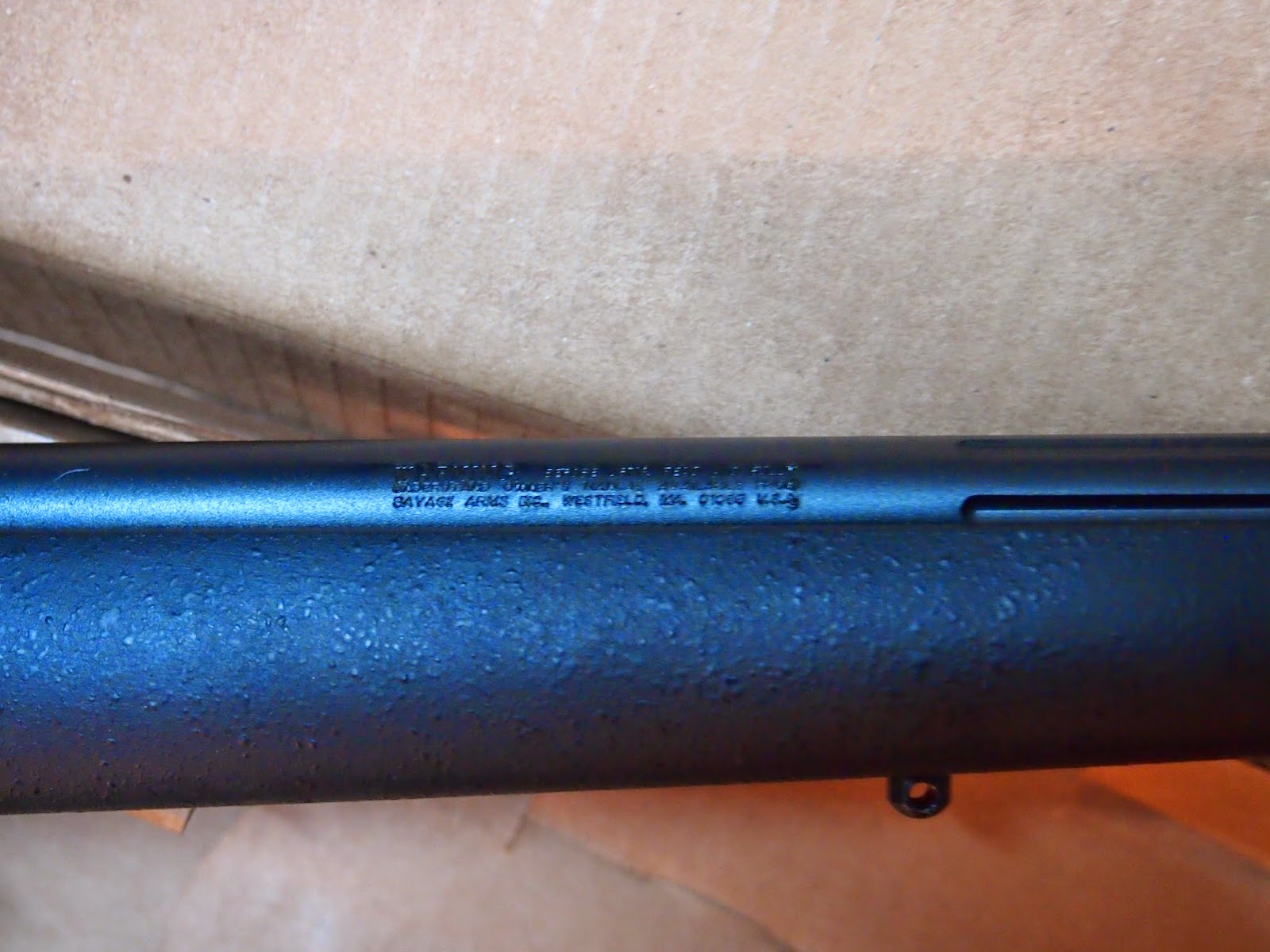 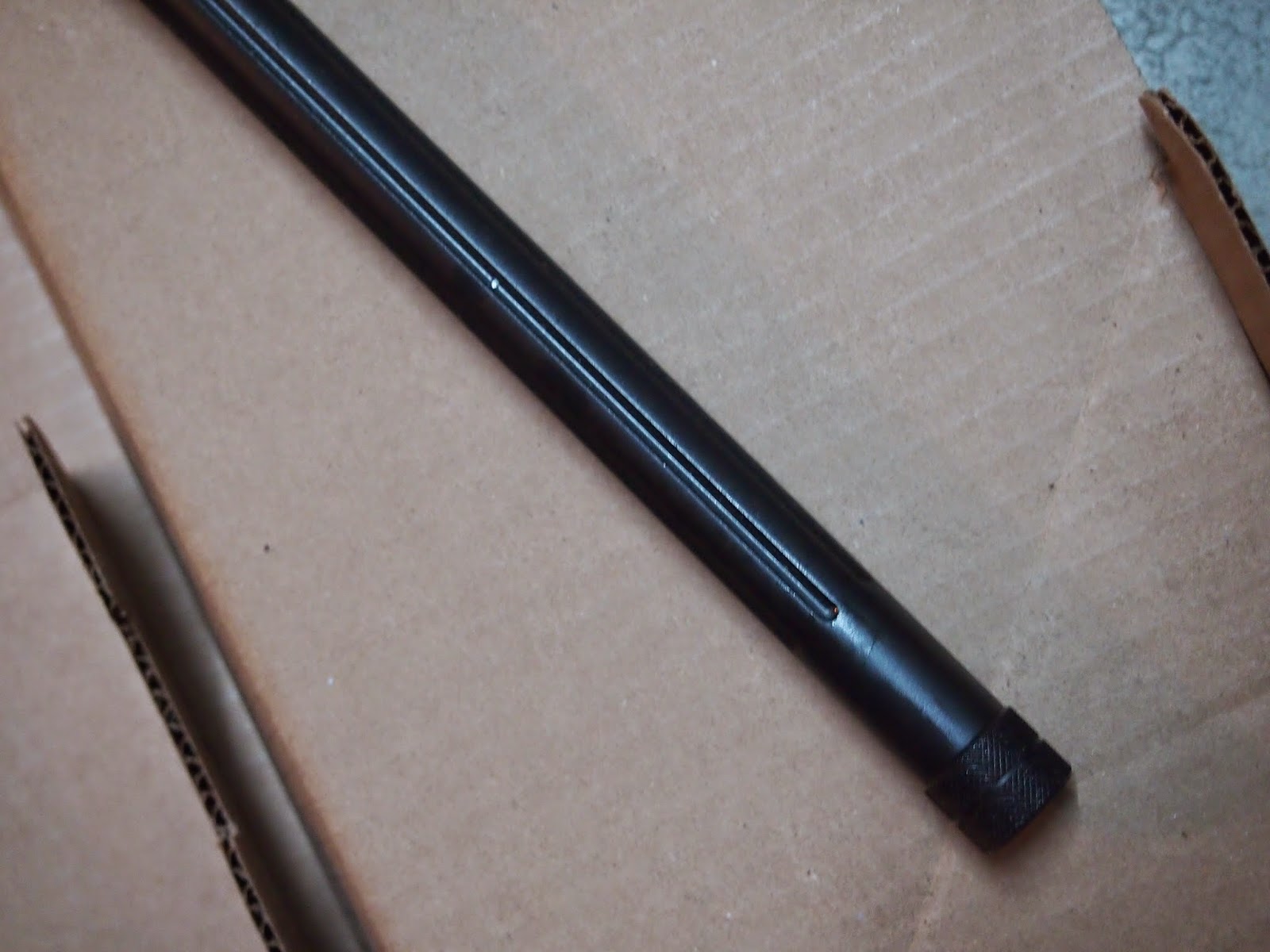 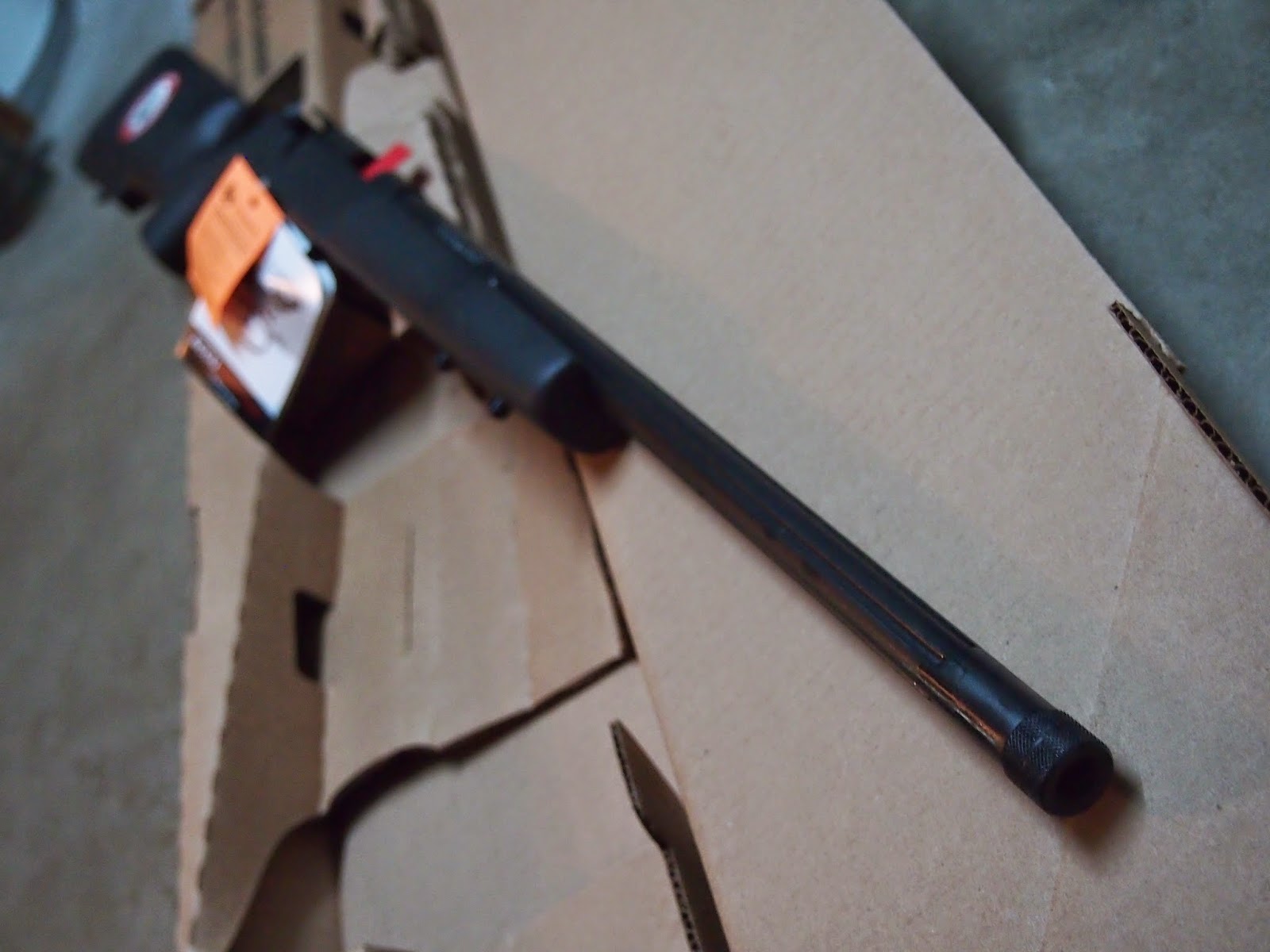 The muzzle on this model is threaded with ½ x 28tpi threading and a thread protector.  For the US, buyers can toss on a sound suppressor, but up here in Canada, folks will probably add a muzzle brake, compensator, flash hider, or fake suppressor, all in the name of looks. 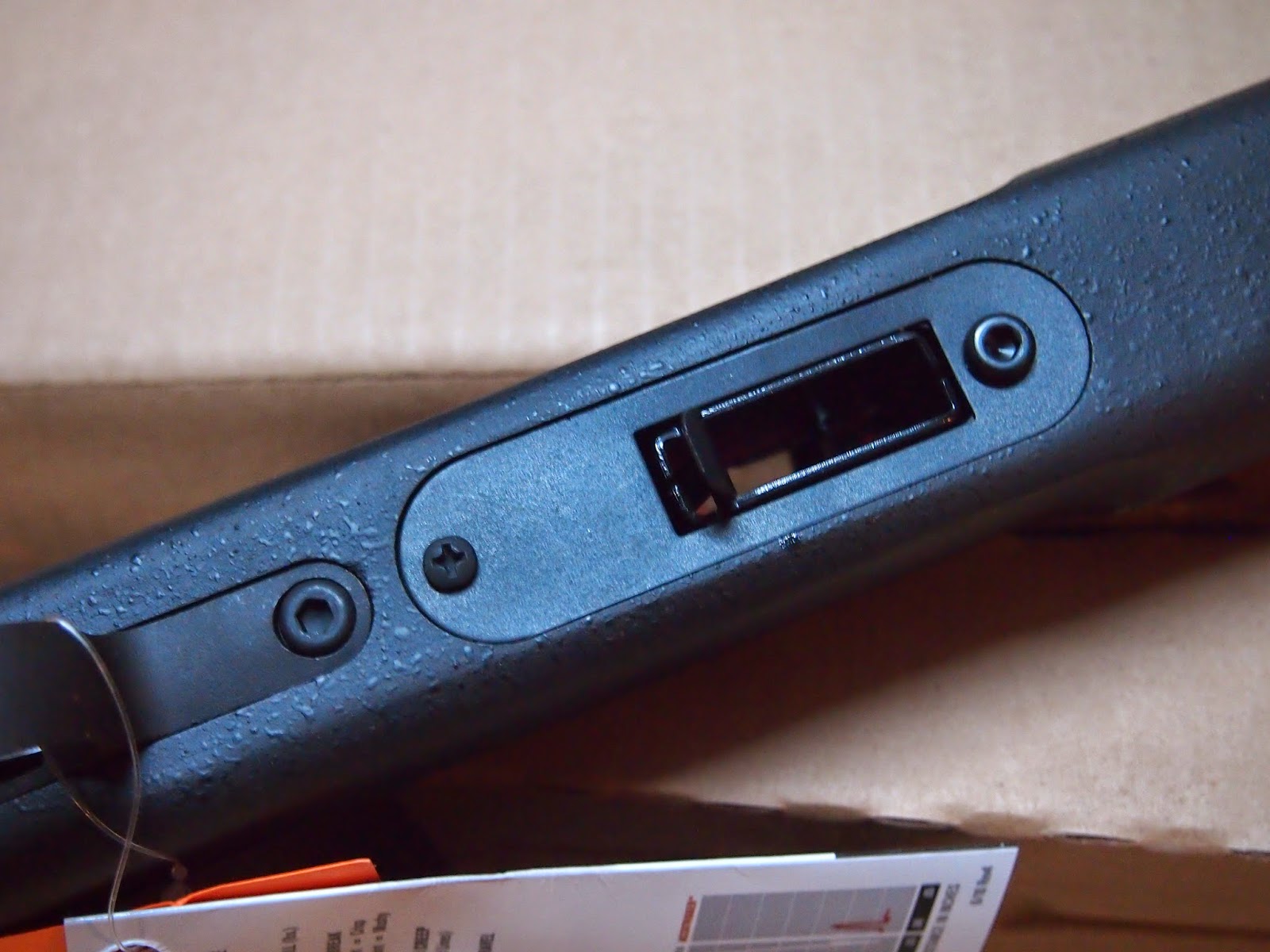 I’ve read some complaints about the magazine plate being thin and warping easily, but I’ll see once I get this rifle out there to play. Even if it does turn out that it sucks, I’ve read that there is an aftermarket replacement available. The rifle comes with a 5 round magazine, and it’s curved to accommodate single stacked .22lr rounds. I’ll probably stick to the 5 rounders because having that curved 10 round mag sticking out of the bottom of the stock just looks too weird. 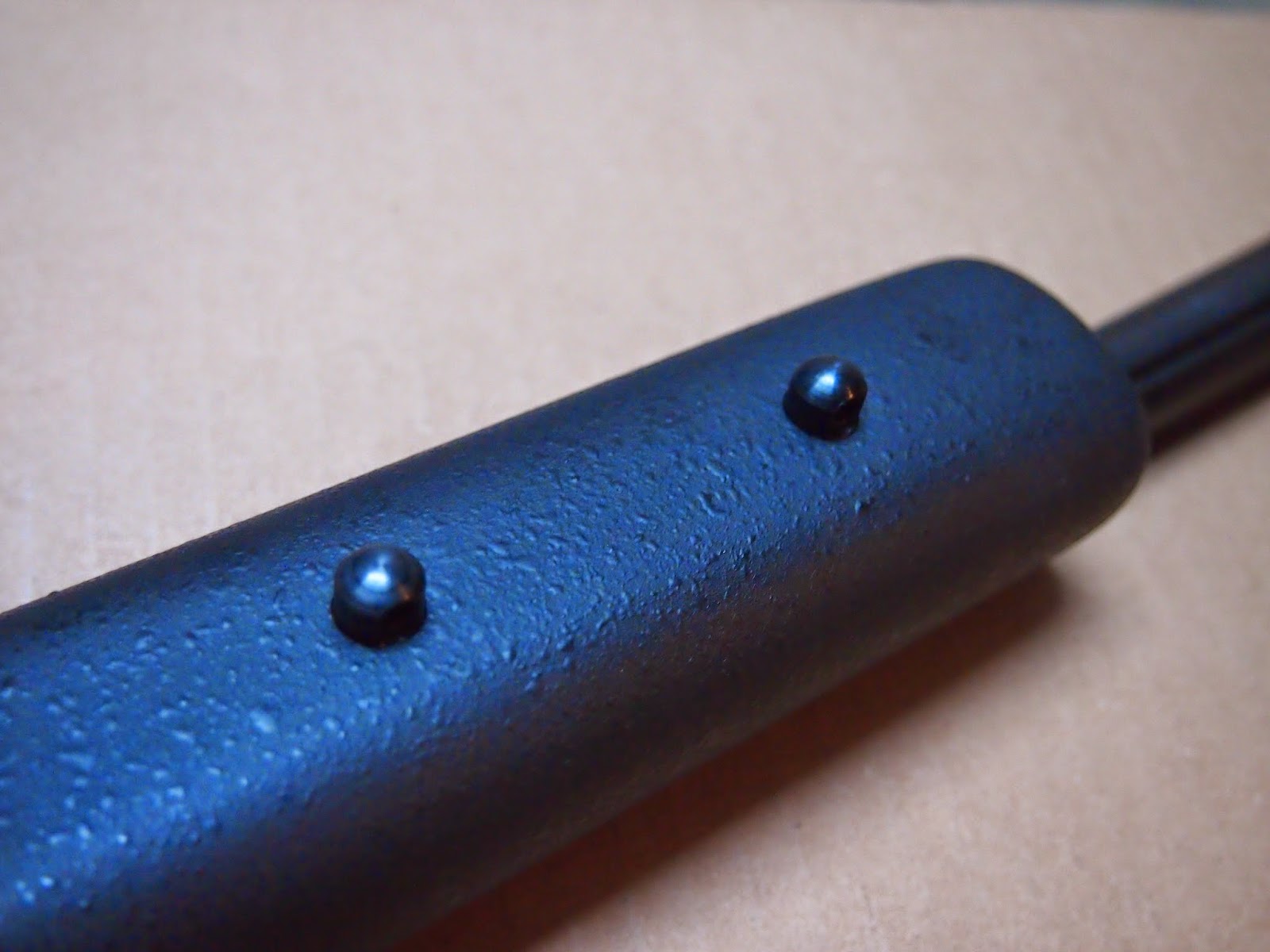 The stock comes with two studs in the front for either bipod, or sling or both, and one more stud in the butt stock. 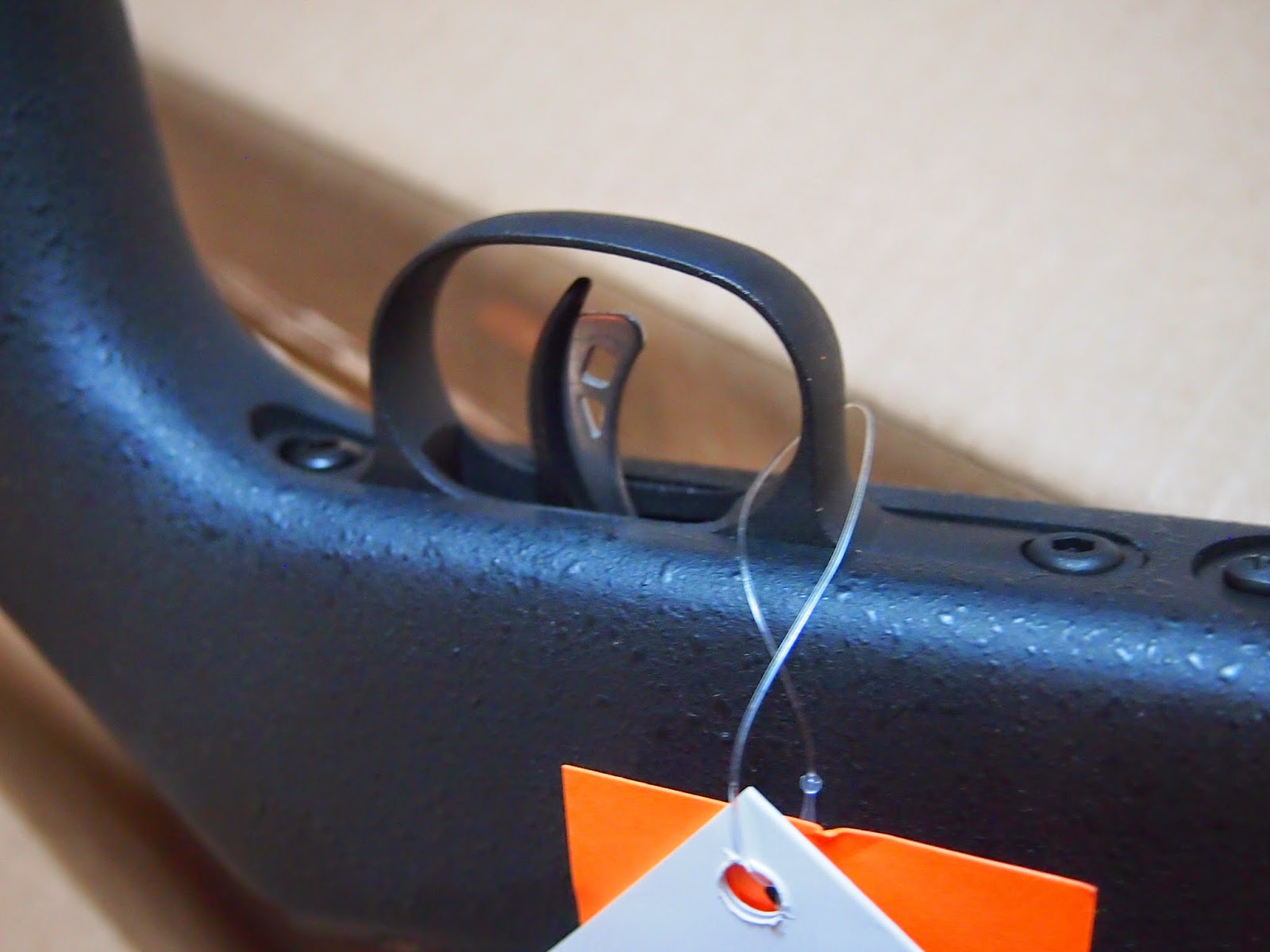 This model also comes with Savage’s now famous Accutrigger that apparently comes set from the factory at 2.5 lbs?  Anyway, the first thing I did was crank it down, bottoming it out to the minimum weight.  Not running and gunning with this, not hunting with it, will not carry it while loaded, so I don’t see it being an issue for my uses. 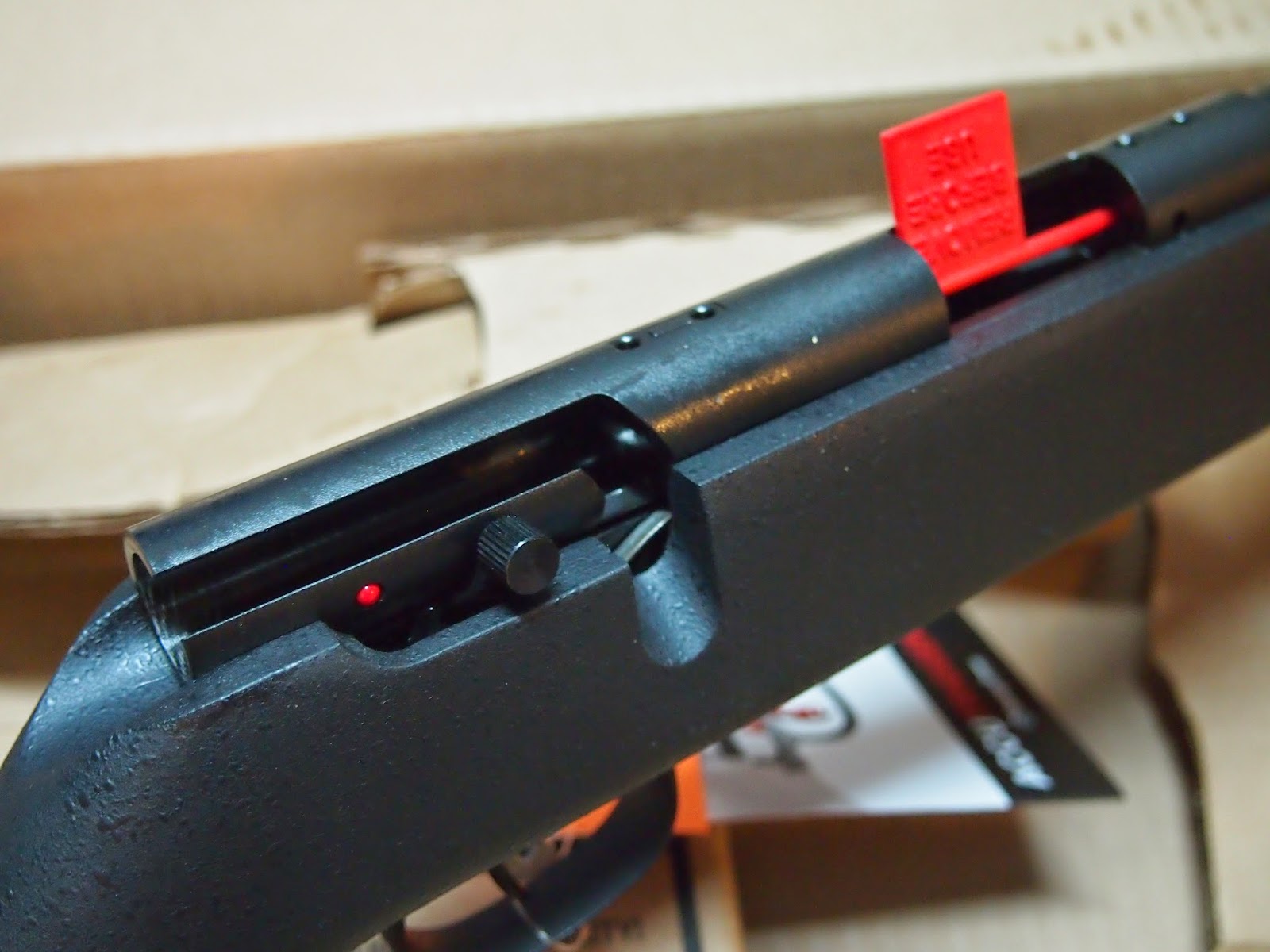 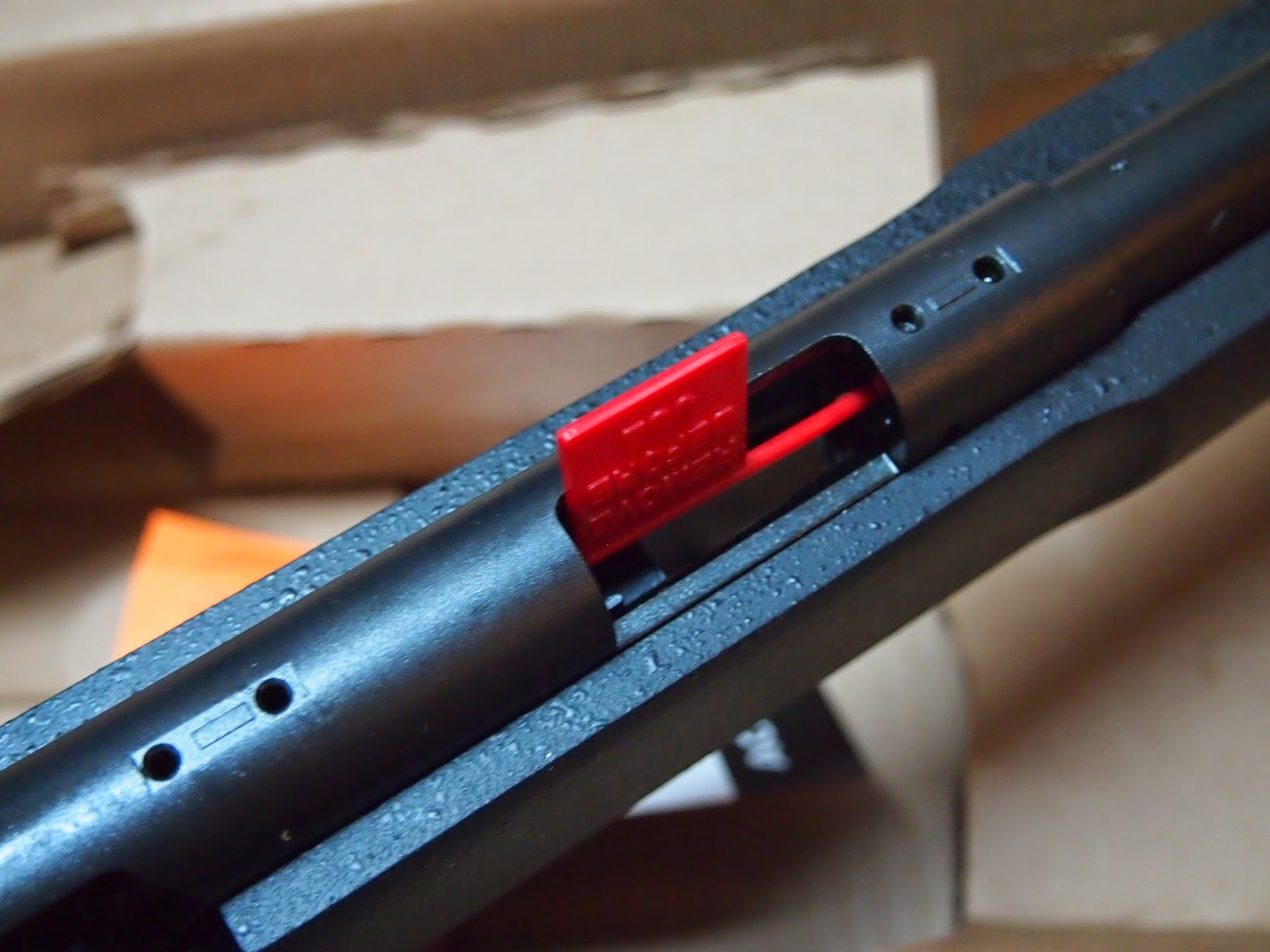 The rifle comes drilled and tapped for scope mounts or a one piece rail, however this model was equipped with that hideous tri-rail monstrosity that you’ll see at the end of this post.  I would have been happy with an EGW 0moa rail that came with the 10TR over this thing.  Anyway, going to flip it when I can. 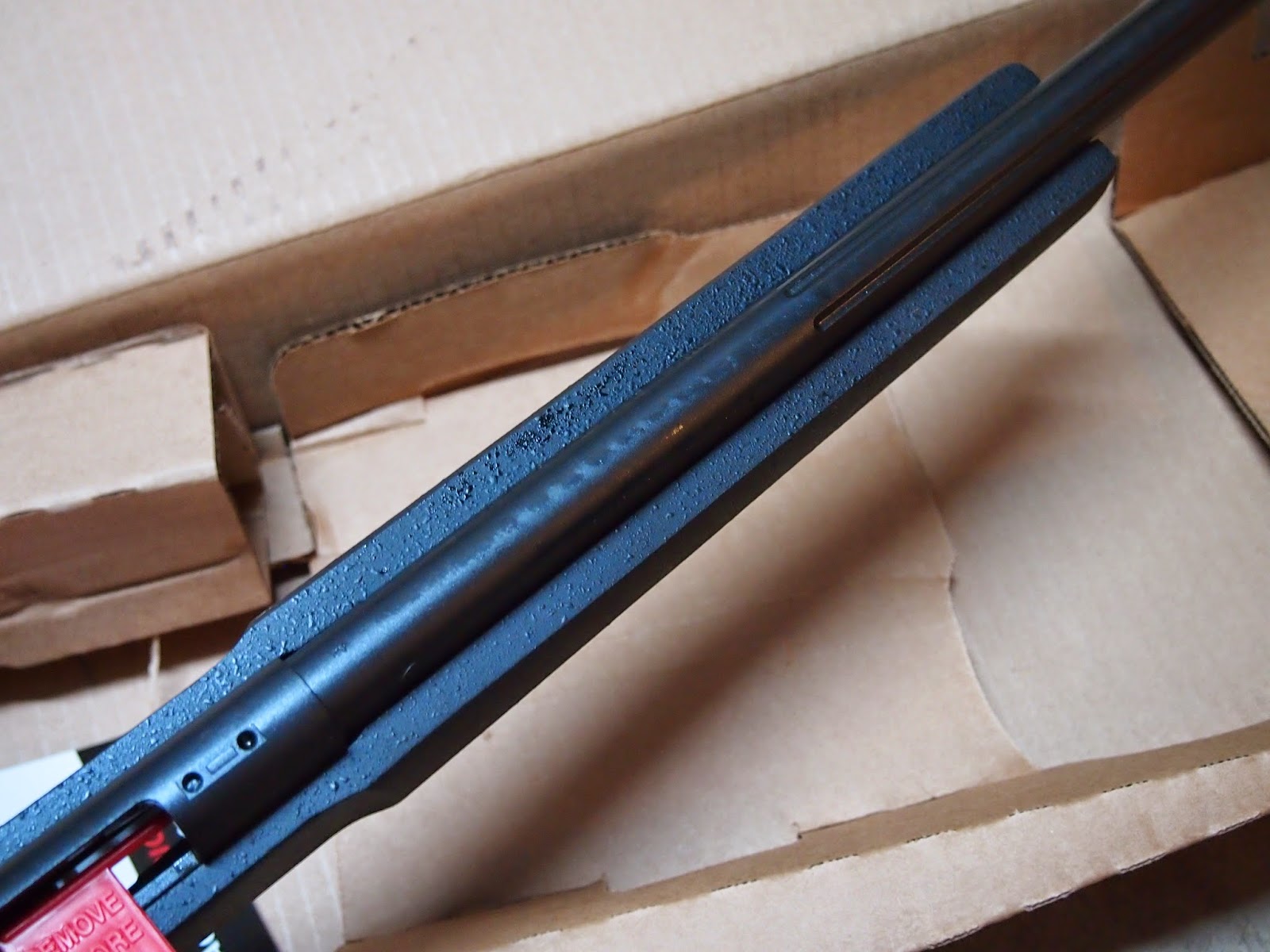 Though the barrel is a heavier profile than standard Mark IIs (it’s fluted too, but not really sure if that’s going to make a huge difference on a bolt-action .22lr), the stock will accommodate it and free float the barrel. 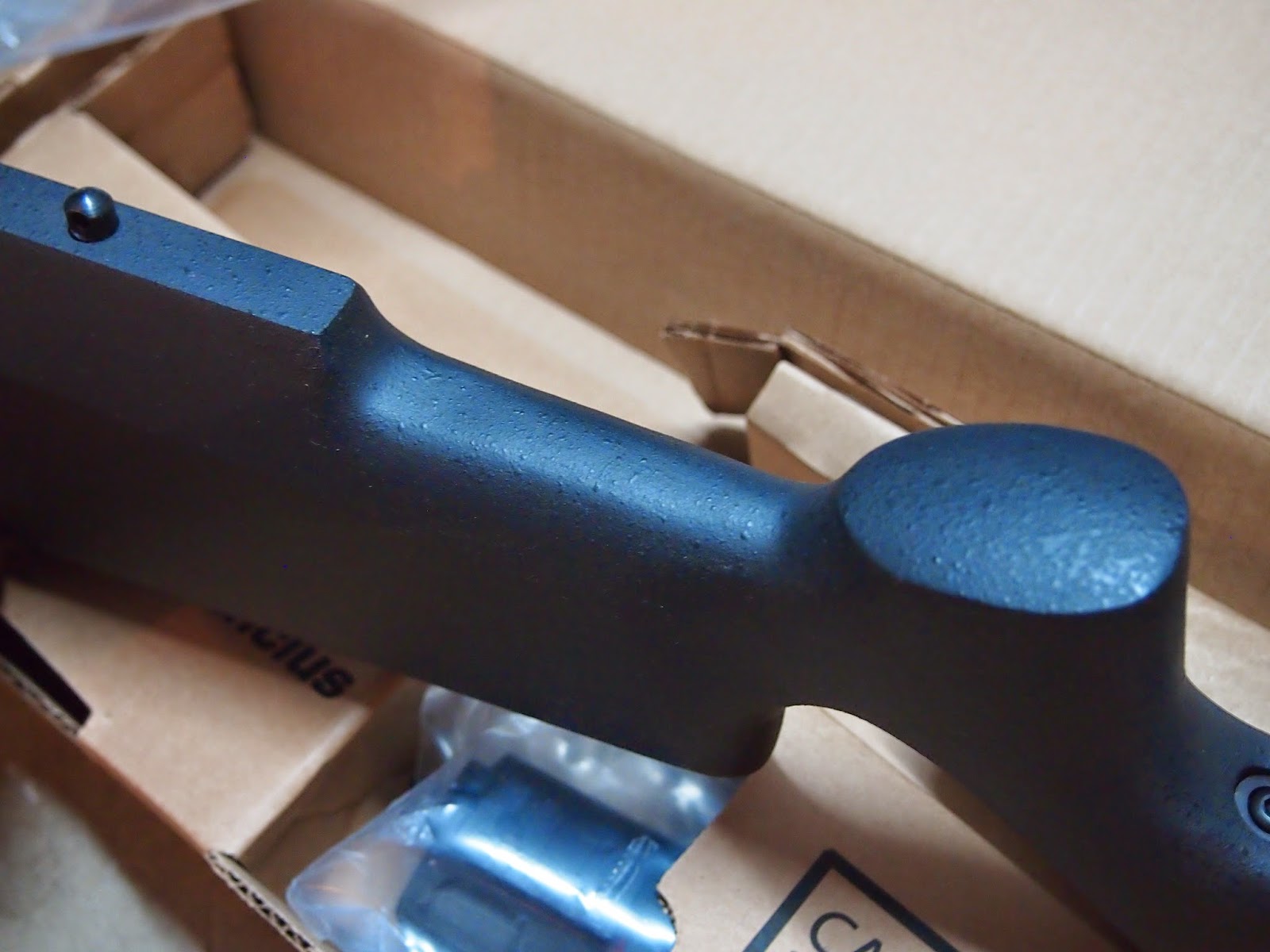 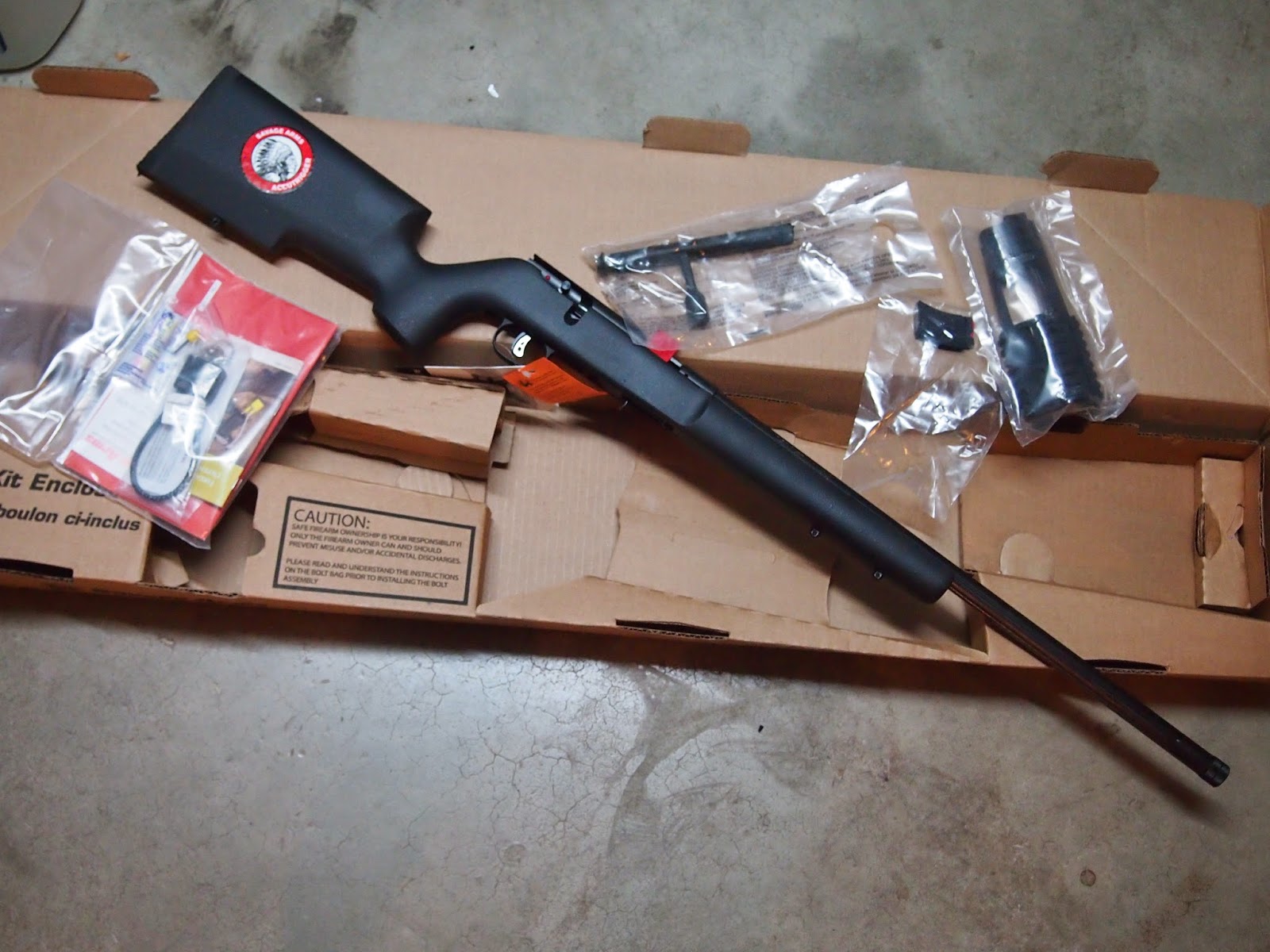 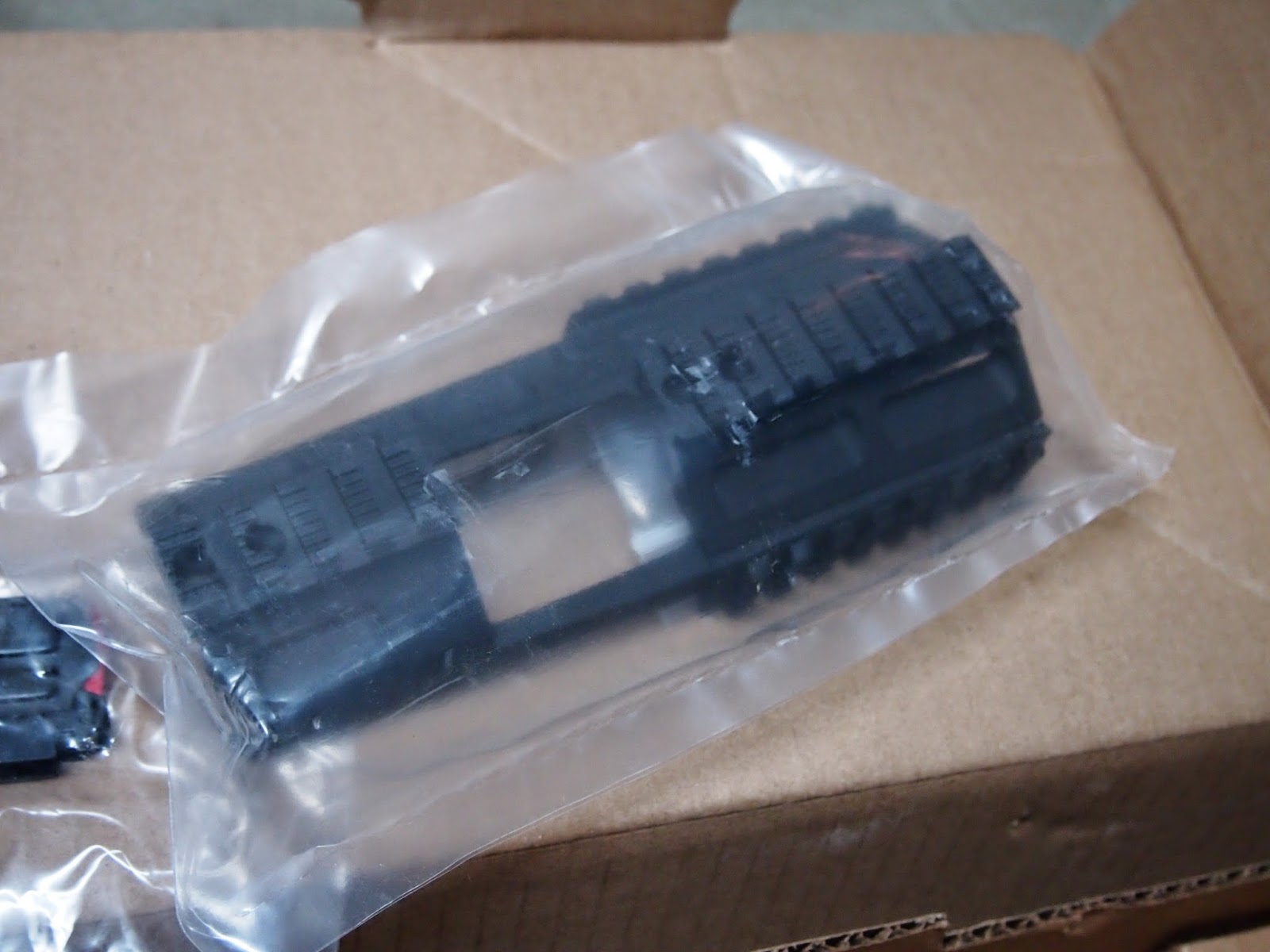 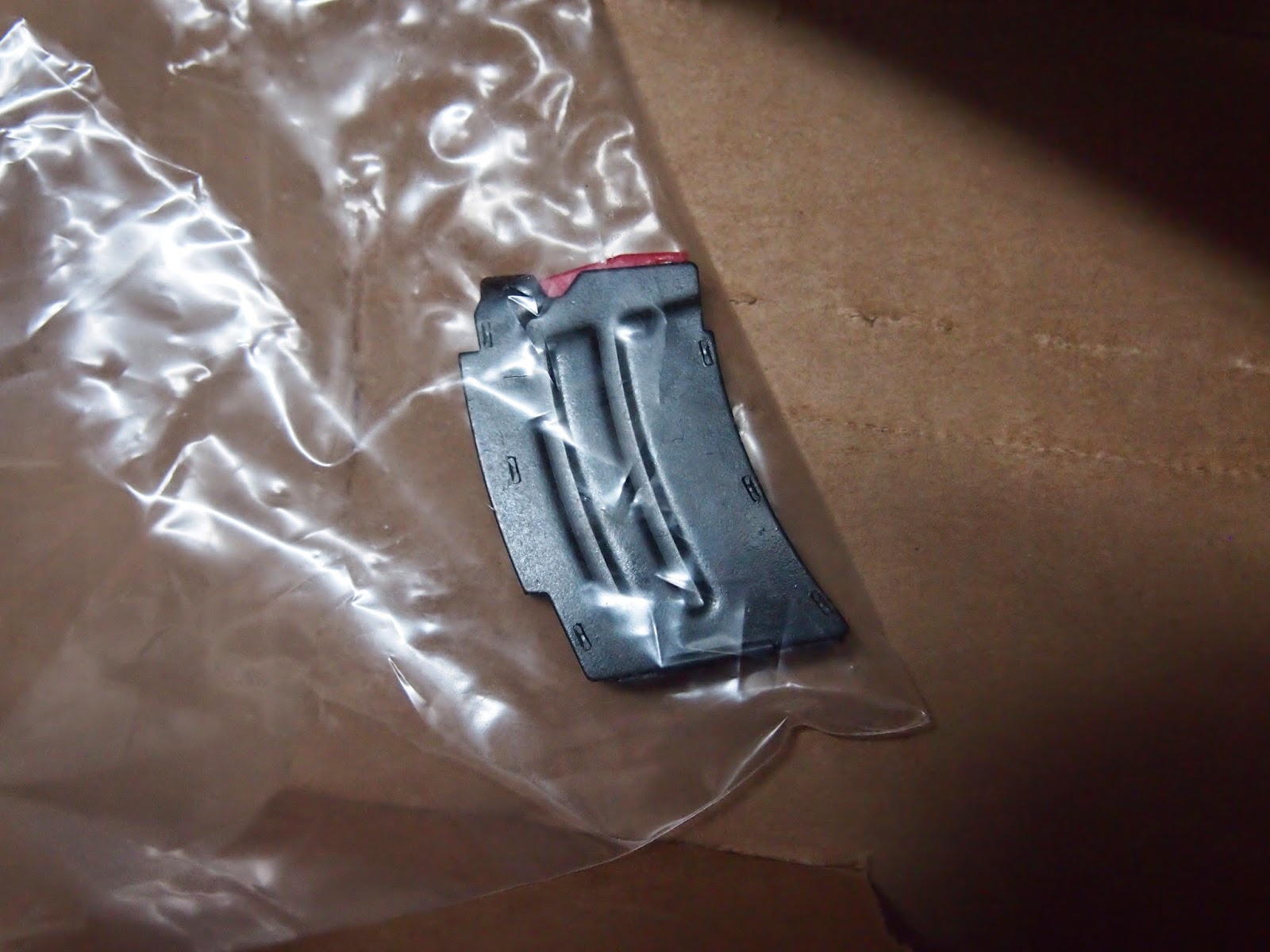 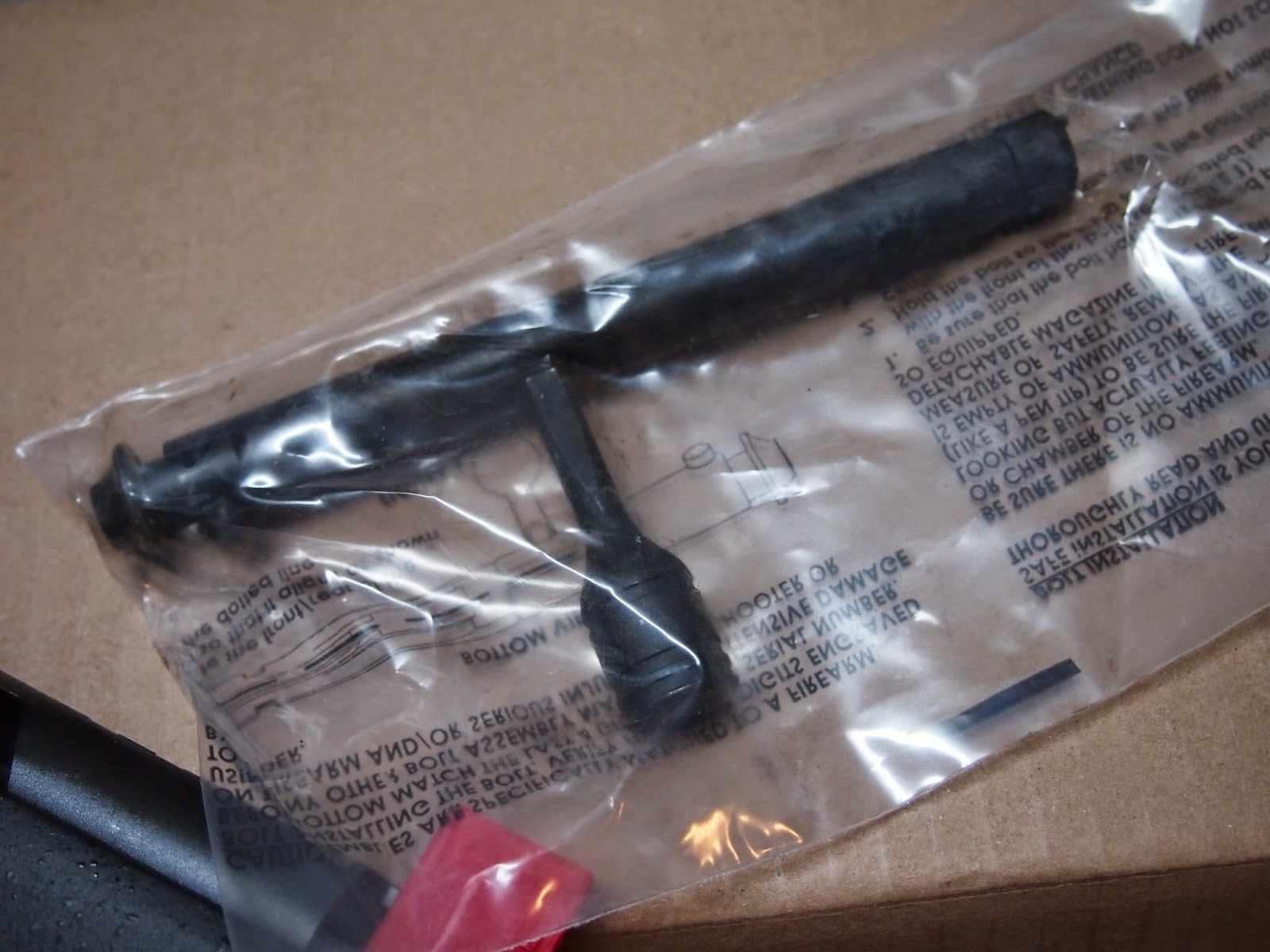 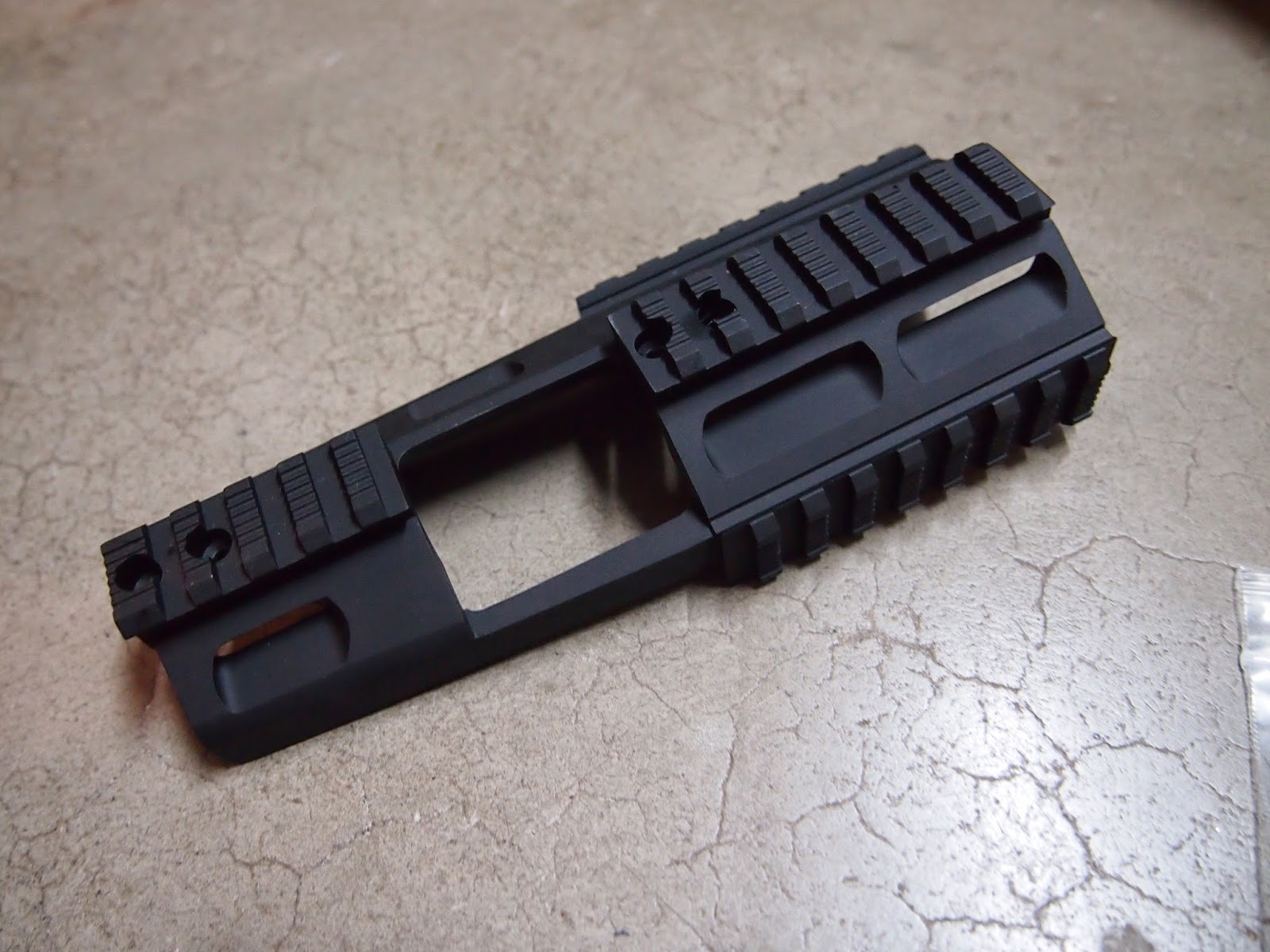 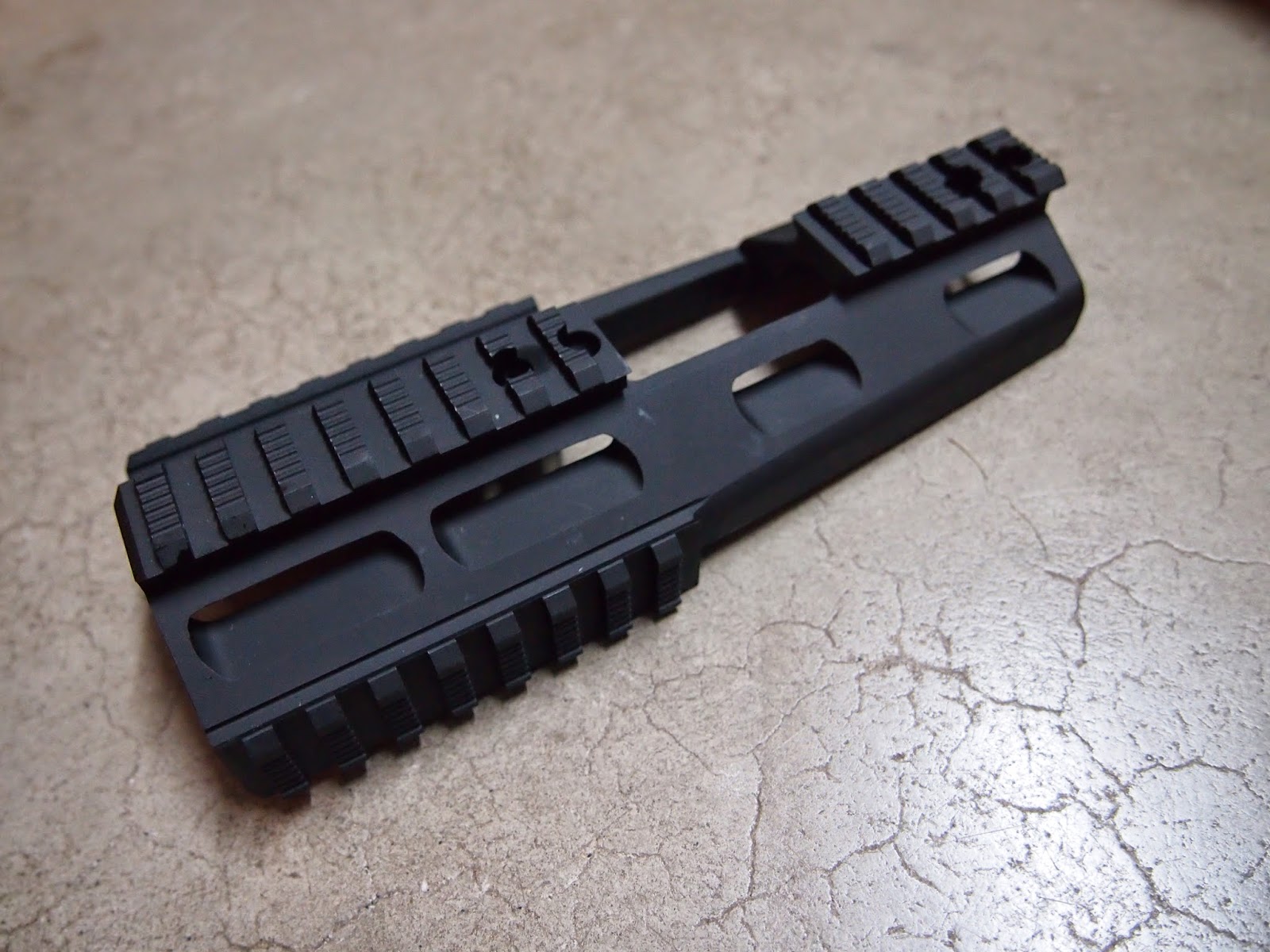 Here’s the tri-rail. Seems to work for some folks, others, not so much. I’ve heard stories that it has sharp enough edges to draw blood if one is not careful. I mounted it once, but decided it wasn’t for me so off it came and I promptly ordered an EGW 20moa replacement.


When that comes in, I’ll throw on a Millett LRS. At least it’ll have enough magnification to spot the tiny splashes of the .22lr.