I  snuck out on Valentine's Day morning before the wife and kid were up to do a little zeroing.  I brought my new TRG42 our for a test drive as well as my M14, however the latter was a bust as the Arms 18 mount came loose.  I was a little pissed but realized it was my fault for not checking every single screw on the rifle. 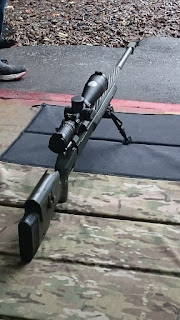 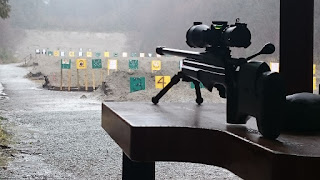 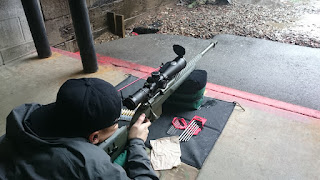 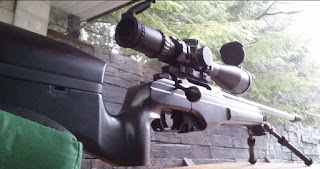 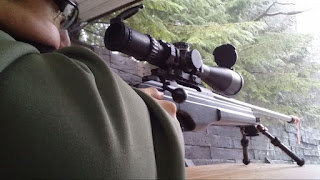 Colin's 3 round groups with his PGW Coyote: 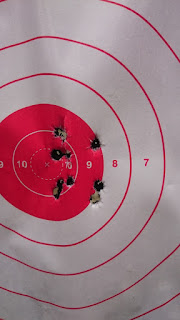 I only had time to zero it, so I blatted off a few rounds to get it close, used some crappy blue box I had laying around. Please be gentle, I'm not a very good shot but these are the results from zeroing at 100m. The top target sheet has one 5-round group at 3 o'clock and a bunch of random hits from dialing in. I was using cheap blue box for this: 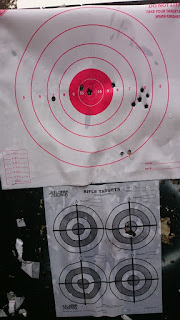 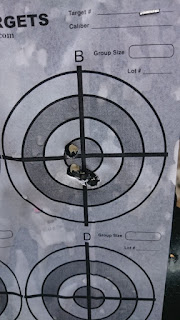 I was able to produce a slightly better group (5 rounds) on the lower sheet using Hornady Match. I'm fairly certain this rifle is capable of better groups, 4 shots were basically touching, so I'm going to write off that little flyer to user error. Also keep in mind, I was using a knock-off Atlas Bipod I had laying around (the real deal arrived the next day, go figure), plus I'm not a very good shot to begin with.

For you more experienced guys, I bet you could produce one ragged hole with this rig.