So, have I mentioned EE is a very bad place?  Lol, that, and keeping a box of spare parts always leads to disaster, because “Oh, look, I found a Magpul trigger guard, better build a whole new AR with it”.  Thus is the case with my shotgun addition, spare parts from previous 870 builds and I found myself shopping for certain parts to assemble a complete gun. 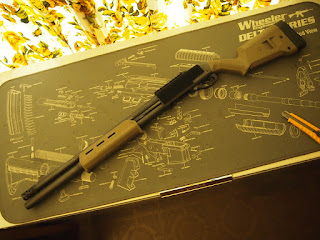 My first shotgun was an 18” Remington 870 Express.  It has the typical shot peened park job found on a lot of Remingtons.  Though mine never turned into a rusty fuzzball as some have experienced, it did develop a bit of rust underneath the front swivel in one spot.  Since then, I’ve kept my Express in a heavy coat of G96 and it’s been fine.  My second was just a receiver which was drilled and tapped from the factory and was promptly built into my tac shotty swapping over the 18” barrel and all the furniture.  I took the left over parts and built a 12.5” shorty.  My third was a Wingmaster, circa 1970.  Beautiful shotun, deep blue finish and in incredible shape considering it’s age.  Anyway, this will be my fourth 870, and I amassed enough parts to almost assemble a complete 870 Tactical, complete with the drilled and tapped receiver, ghost ring sights and barrel threaded for chokes. 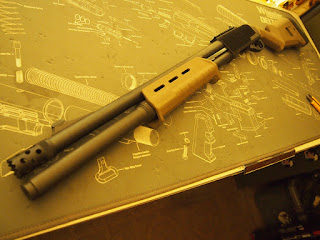 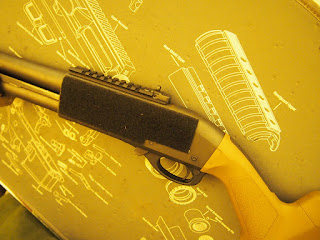 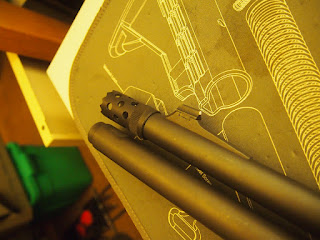 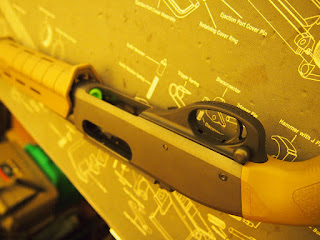 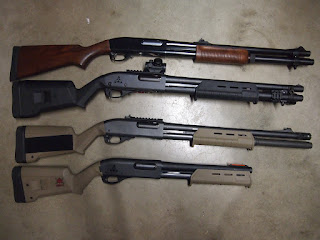 Anyway, this is probably not how this one is going to stay as I have a few more parts inbound.  I sort of like the plain black appearance with the original furniture from Remington, but I’m not fond of their new mag tubes:

If you look closely, you can see it’s a fixed length and you can’t just make it into a short barreled shotgun by simply swapping the barrel, you have to change the magazine tube assembly as well, what a PITA.