I've bought and sold Leupold Mark 4 rings in the past, but this was the first time I coughed up for brand new ones and it was a bit hard to swallow, lol!  That being said though, these are damn fine scope rings and I needed them to complete a certain look I was after. 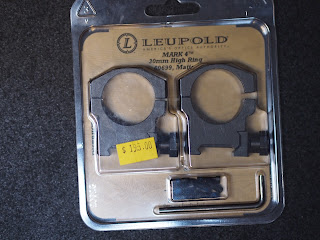 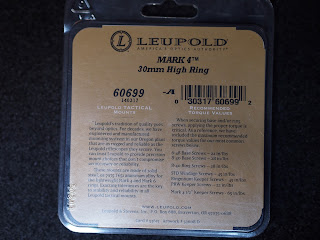 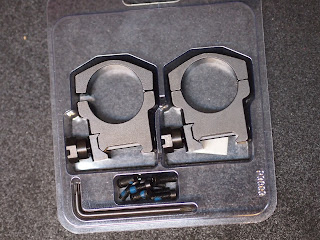 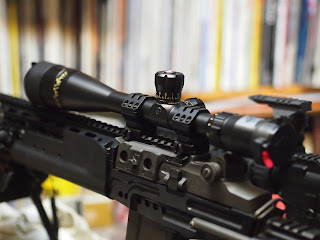 I understand that my M14 EBR is pretty far from a proper Mk14 Mod 0 clone, but one thing that has always sort of bothered me was my choice in glass.  I can't bring myself to spend $1,900 on a second focal plane MOA scope (Leupold Mark 4), but at the same time, I can't afford to keep a Steiner T5Xi on there either.  I settled for a Bushnell Tactical 5-15x40mm, miildot reticle with 1/4 MOA adjustments.

It's not a bad scope at all, and was one of my first half-decent scopes, but I've gotten used to scopes in first focal plane, or at the very least scopes with a mil-based reticle with mil adjustments. 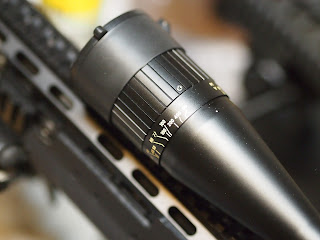 The Bushnell also has a peculiar object paralax adjustment which is something that has been sort of getting on my nerves. 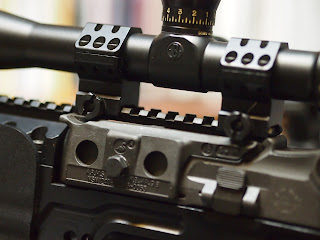 I also wasn't 100% sure on the Weaver Tactical rings.  You can see the ring tops flex if you don't crank them down evenly, and I also found the rings themselves scratch and even get gouged pretty easily.  This didn't exactly instill confidence considering the M14 has been known to be rough on scopes, let alone soft aluminum rings.

Also, if you look at the ring mount keeper screws/nuts, the front one in particular, there wasn't enough clearance to tighten the nut.  The nut would actually hit the ARMS base with every turn.  Not the manufacturer's fault in this case as it just simply wasn't designed for this base in particular, but the material would scrape away with every turn and would probably end up rounded out if I did it often enough. 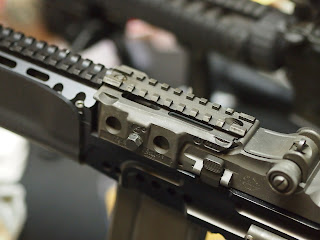 The scope base is an ARMS unit, and I think these are made of steel. 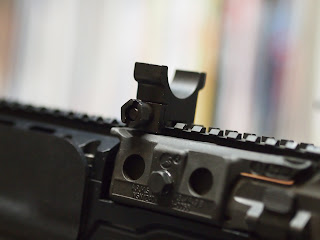 The Leupold rings fit like a glove to the ARMS base, and the keeper screw easily cleared the base. 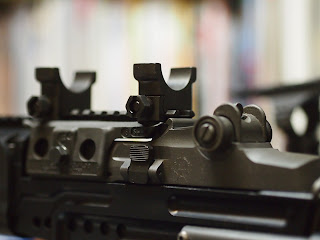 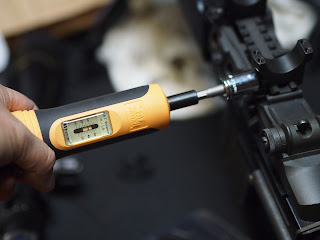 Leupold called for 65in/lbs, but when I took the pic, I had it adjusted to 45in/lbs.  I did torque it down properly later on. 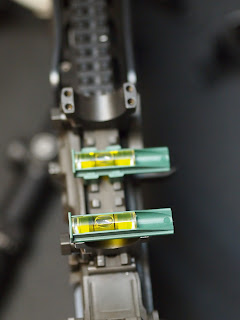 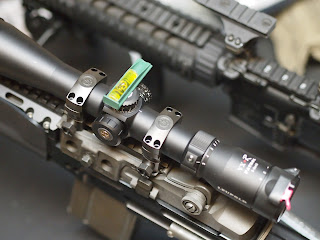 So, I know I said I currently prefer first focal plane scopes, and the VX-R Patrol 3-9x40mm is clearly a second focal plane scope, but I wasn't about to buy another Steiner for my M14.  This Patrol came from my Mk12 Mod 1 clone (I got new glass for my Mk12 Mod 1) and I hope the elevation adjustment has good tracking so I won't have to rely on reading the reticle for shot adjustments (either that or keep it at 9x magnification when shooting or ranging). 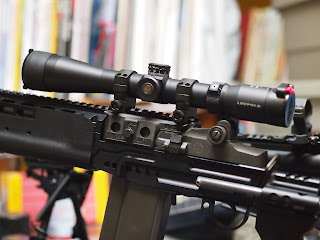 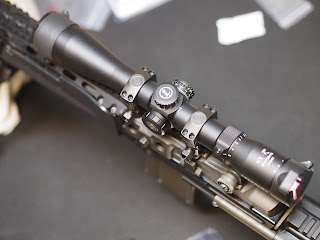 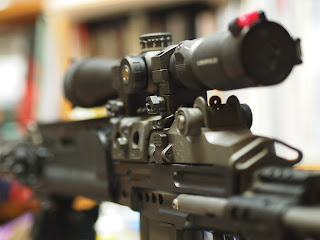 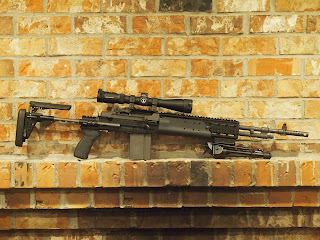 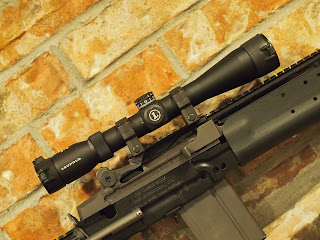 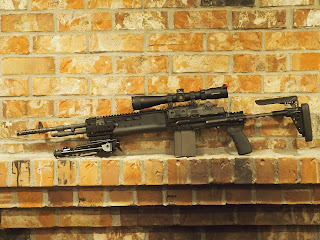 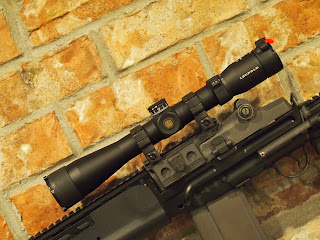 Anyway, far from being clone correct, but I think it's a step in the right direction and probably a far better scope than the one it replaced.  I would liked to have gotten another Steiner T5Xi 5-25x56mm for the M14, but I'm not sure if the rifle itself warrants premium glass like the Steiner.

Looking forward to taking it the rifle out one of these days and see how she groups.  I've had it for years and still haven't shot groups with it yet, lol!