Daytrip to Whistler goes wrong. Driving up the Sea-to-Sky, condtions were rough - wet roads, low visibility, lots of traffic, narrow lanes, bad suspension. We were heading up the hill just past Furry Creek when the truck started to sputter. I managed to pull off just in time and get off the highway. 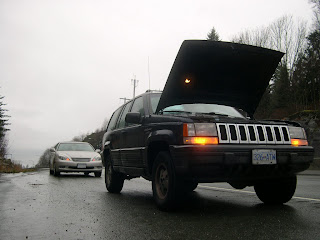 There was obviously power because the lights were bright and the engine cranked no problem. Also, there was definetly fuel getting to the engine (fuel sprayed out after pushing the schraeder valve on the fuel rail so there was pressure). But no matter how many times I tried, it just wouldn't turn over. 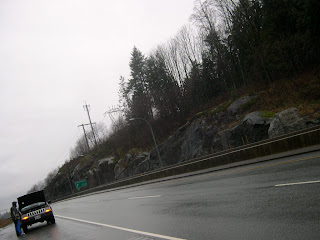 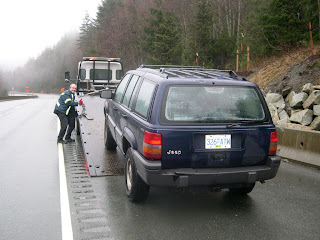 My friend Simon was with us and it was a good thing he had Roadside Assistance or we'd be really screwed. 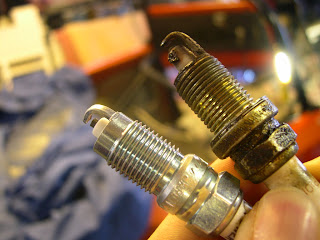 We got the truck back to my friend Justin's place and this is one of the things he found.....bad plugs...a little past the best before date. The plug wires and distributor cap were pooched as well. 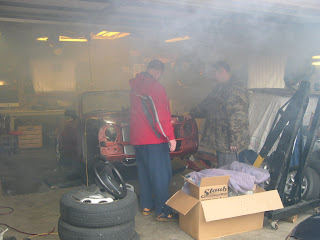 The Boys were working on another Justin's first gen Civic at the time and there was a smoke show in the garage. The diagnosis from from a 3-year mechanic apprentice was "I think there's something wrong". Thank God he wasn't working on my Jeep. 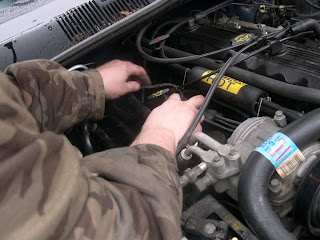 Justin was going to have me swap out the plugs, wires and cap, but then decided against it because if I screwed it up, he'd have to fix it anyways. 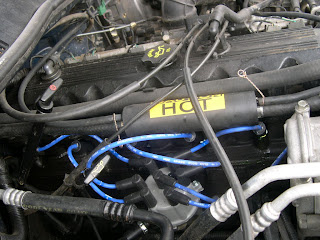 So, the truck started right away after all the new goodies were installed, but an hour later, the truck was dead again. After searching for some solutions online, Justin figured it was either the coil, or the distributor itself.
at January 31, 2010