I ordered a few parts for this build a while ago but only got around to taking some pics last night. First up is the BCG.  I looked through my spare parts bin and found that I didn’t have an extra one buried in there somewhere, and SFRC had a great deal on surplus Diemaco f/a BCGs so I grabbed one.  I would say not too bad for $199. 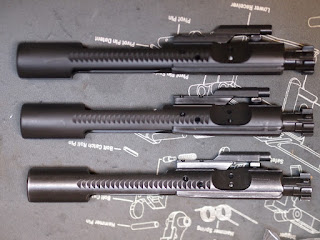 Anyway, from top to bottom, the Colt Canada hybrid BCG that came with my SA20, a Colt USA f/a BCG that came with my LE6920, and the Diemaco f/a BCG.  I have no idea how the Diemaco looked when brand new, but as you can see from the pics, the CC hybrid carrier has a lot darker finish than the Colt USA one.  I'm wondering if this is also the case with the CC f/a carriers?

The wear on the surplus Diemaco BCG wasn’t horrendous or anything.  It basically looked like the ones in our C7s – worn appearance, but smooth to handle (basically dehorned from use) and no gouges or major blemishes. 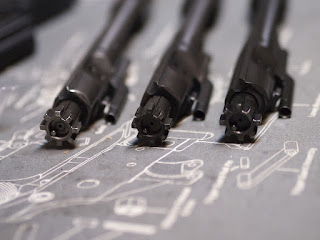 A shot of the bolt faces, from left to right the Diemaco, the Colt USA and the Colt Canada hyrbid carrier. 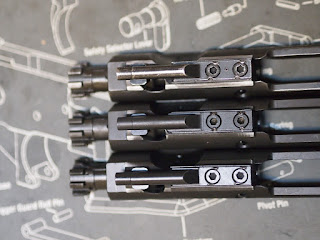 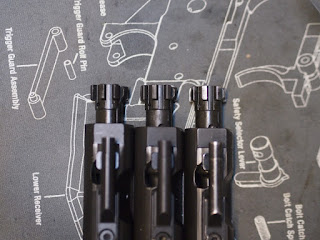 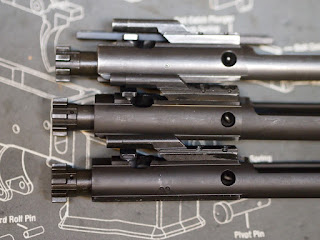 The markings.  The Diemaco at the top is indicated with the stylized D mark, the Colt USA is a simple C and the Colt Canada is marked with two Cs. 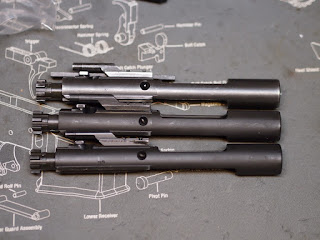 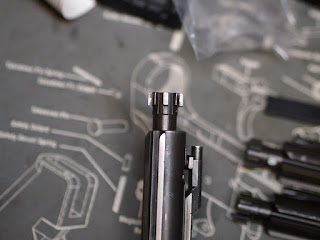 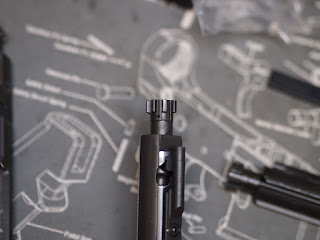 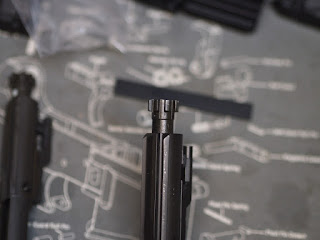 All three bolts are MPC tested, but marked in different areas.  I did the basic test to see if the gas rings were still good on the Diemaco by standing the BCG on the bolt face and it did not drop, so I think it's still good.

Anyway, I'm fairly confident that the Diemaco BCG is good to go, my only regret is not buying a few more because they are not all sold out.  I was thinking maybe I'll throw the Diemaco BCG into my SA20 to further the C7A2 clone theme, and use the CC hybrid unit in my Mk12 build, but decided why bother, I'll probably just get another for my SA20 if these ever pop up again. 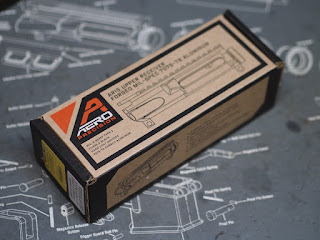 As it turns out, my spare parts bin was all out of spare uppers  so I needed to go find myself an upper.  I visited my buddy Hermes over at Reliable and he had one left, an Aero Precision assembled upper receiver.  I've read mixed reviews on these uppers, but figured for $130, it was hard to go wrong so I grabbed it. 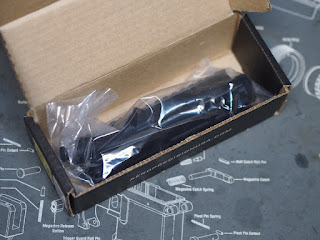 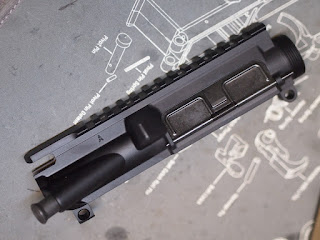 What can I say, it looked like any other upper I've had, the splintered "A" marking suggesting that it came from the Anchor Harvey Aluminum forge.  In case anyone is obsessing over forge marks, I found this list: 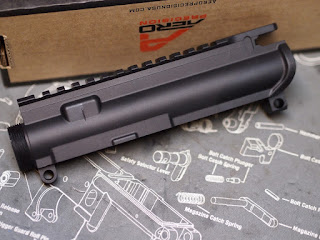 Anyway, I know it's not the right upper for a M12 clone, but as mentioned before, I'm not going full OCD on this build and for me, it's a minor detail (that will probably eat me up inside and fester until I get the right upper). 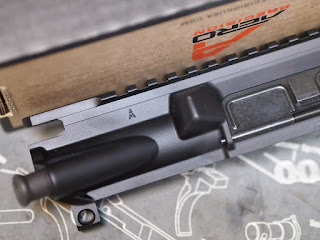 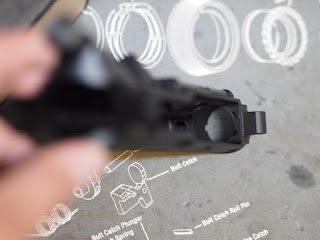 The M4 feed ramps are there, so that's a good thing right? 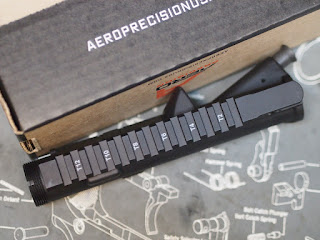 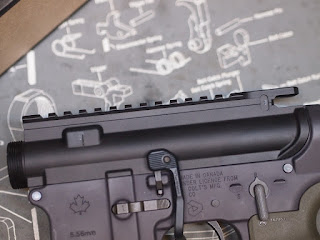 I test fit the Aero upper onto one of my CC lowers and it fit pretty well, not a lot of slop and though not a perfect color match (Aero upper is anodized a jet black, while the CC lower is a dark grey), I'm fine with it. 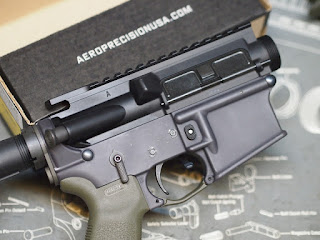 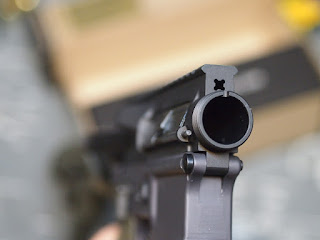 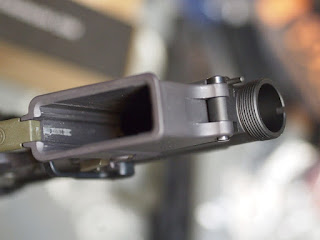 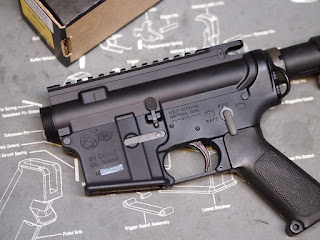 When I dropped it on to my Colt LE6920 lower from my Mk18 build, I was blown away.  It was tighter than my belt after a dinner buffet.  The color match was pretty close, though the camera does pick up the slight variance that is not noticeable to the naked eye. 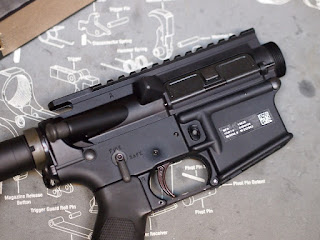 I was pretty impressed with the fit, but it probably won't end up on this lower.  I've got one of those stripped KAC SR-15 lowers on order from One Shot Tactical and I hope it fits as well as this Colt LE6920 lower. 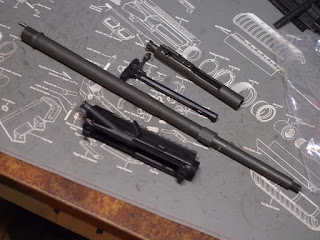 A sum of the parts so far, and so far it's not a good start, lol!  I've got the wrong length of barrel for a Mk12 (20" rather than 18"), I don't have the right upper (Acceptable uppers are Colt, Diemaco and Armalite), I definitely don't have the right charging handle (I think it's supposed to be a PRI Gasbuster like on the Mk18s), but the Diemaco BCG might be Kosher, lol! 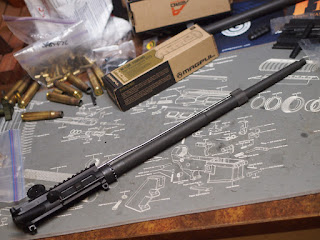 I've also picked up a KAC 600m rear back up sight laying around somewhere but forgot to dig it out for this photo.  I'll update this post when I get around to it.