After putting the red dot on my AR, I was no longer able to apply everything I learned at work, since we use longer rifle with a 3x optic.  I was able to practice some basic weapons handling, as well as the immediate action drills, but I wouldn't be able to shoot (or see) beyond 50 meters without a scope.  At work, our range practice got us out to 200 meters.  I liked my AR the way it was though, and didn't want to build it for long distance, so I decided to get another rifle.  I wanted to get something that was non-restricted as well, so I settled on the Norinco M14S from Wanstalls 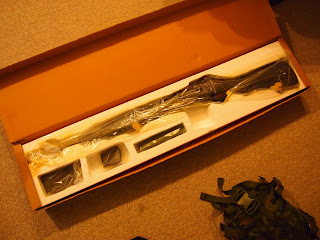 It's hard to tell from the pic, but my rifle was drowning in cosmoline or some other type of packing oil when I opened the box. 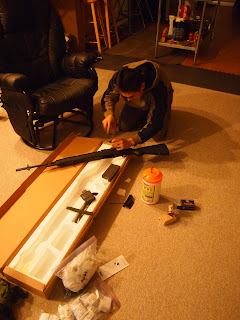 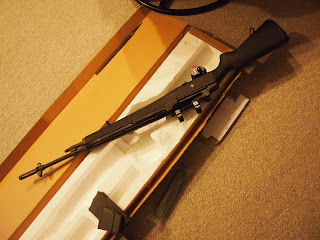 Of course I couldn't leave well enough alone and had to mount a scope on it right away.  Haha, actually, I bought a Busnell 3x-9x from my buddy Jay for dirt cheap wayyyy before I even got the rifle, so it was perfect.....except I went and ordered a cheapie airsoft railed scope mount (WE Low Profile Scope Mount Base for M14).  DO NOT BOTHER WITH THE AIRSOFT MOUNTS.  Lesson learned, I thought I'd cheap out with it, but it does not work.  If someone managed to get it to work, it probably took a lot of massaging to make it fit.  God knows, my buddy Jay went through hell to make this thing fit, and it still wasn't straight.  It looked cool, but that's about it.  I had it on for a few hours then decided to bin it and get something tested and proven.  Jay found the M14/M1A CASM Gen II mount for me from m14.ca and it fit like a glove. 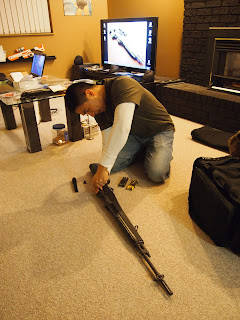 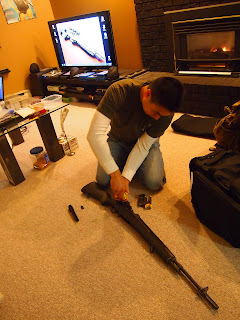 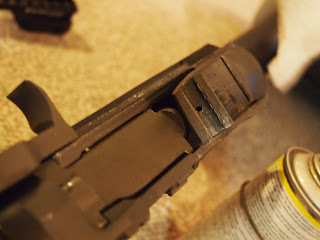 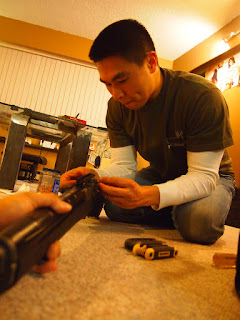 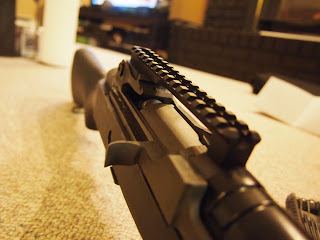 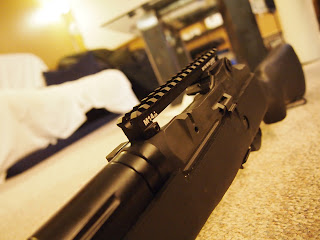 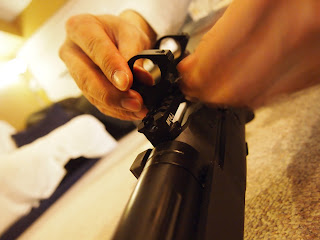 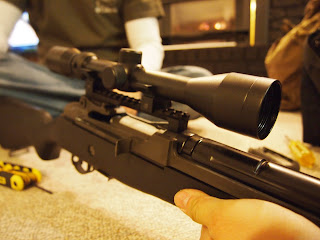 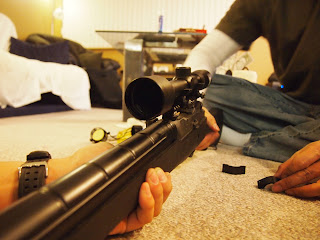 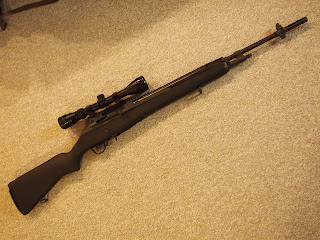 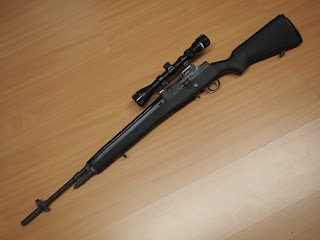 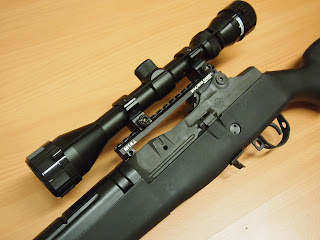 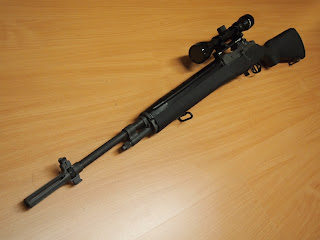 The CASM literally dropped right in and according to Jay, super easy to install, just as they advertise.  The video helped alot, but it also came with instructions that were pretty clear.  Looks like the CASM is a great product and taylor-made for this rifle.  No dinking around, no massaging, and no praying it will fit and work.  I'd recomend this product to anyone with an M14, Springfield or Norinco.  Anyway, I don't have much experience in shooting still, so this set up works for me quite well.  It was inexpensive, and it's great for beginners like me.
at March 08, 2012