A couple of new toys in the mail

A couple of new toys came in the mail a few weeks ago, but I never had a chance to upload pictures until now.  Picked up a Colt USA BCG for my Colt Canada IUR/Colt M4 hybrid.  When I ordered the IUR, the upper did not come with a BCG and Colt Canada did not have an estimated release date on their BCGs so I just grabbed this one,

I also picked up a few doodads for my Norinco 1911 so that I could qualify for the discount :) 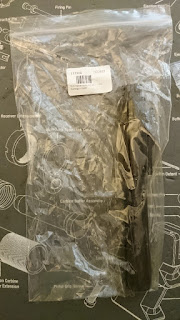 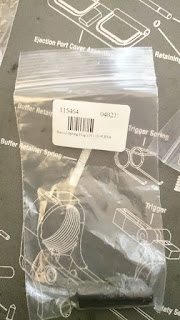 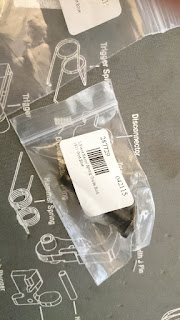 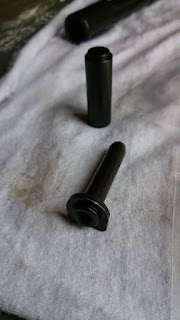 These are the parts I grabbed, cost less than $15.  Just a Wilson Combat recoil spring guide and and recoil spring plug.  The factory Norinco one was a full length spring guide type and though it wasn't giving me any issues really, I swapped it anyway. 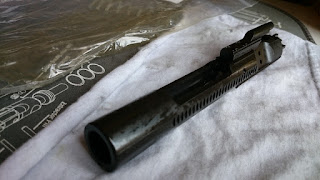 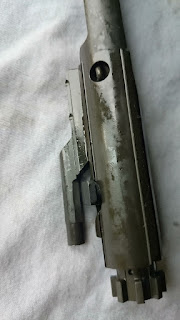 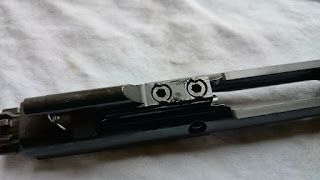 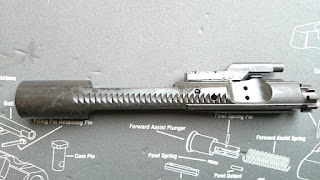 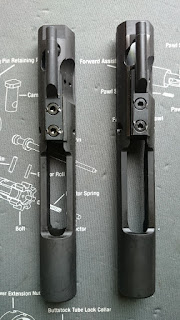 After I hosed the thing down with G96 and gave it a good wipe down, I set up some side-by-side pictures with the Colt Canada unit on the right. 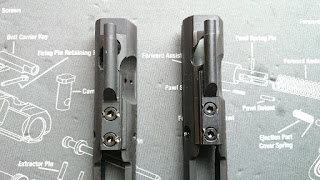 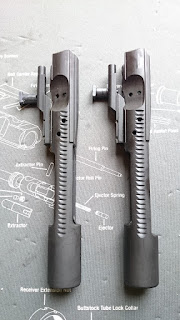 You can also see here that the Colt USA BCG on the left is the standard M16 "full auto" version.  Now before anyone freaks out over some nut with a full-auto AR parts, it doesn't mean that my rifle will have automatic capability.  There are a lot of other things that go into making it full auto, having the BCG, alone won't make it go auto.  Not even having the auto selector will allow a civvie AR go automatic, but I won't bother going into the details. 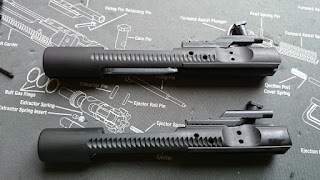 Why the draw to the full auto BCG (top BCG)and why did Colt Canada (bottom BCG) go with a slightly modified BCG for their SA20s and SA15s?  Well, according to Colt Canada, part of the reason was that it was to reassure to the RCMP that their rifle was not easily converted to an auto capable rifle.  Besides that, these BCGs were already in production for various police agencies in Canada that are using the semi-auto version of the C8.

Some will argue over the advantages and disadvantages of the different versions regarding mass and weight and all that stuff, but Colt Canada has reassured customers that there will be no difference in performance with the two different BCG types.  And since the IUR were sold without Colt Canada BCGs, they also reassured us that they are all to Colt specs, so any Colt BCG will work in their IURs, no need to worry about headspacing or anything. 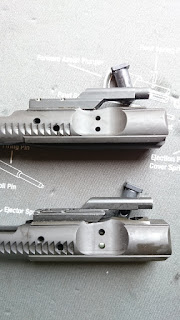 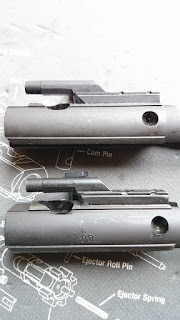 You can see the bottom BCG is stamped with CC for Colt Canada, and the top one has a single C stamped in it. 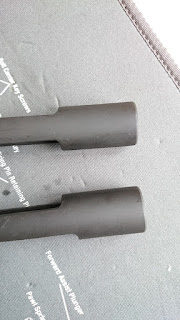 Another shot where material was removed from the Colt Canda BCG compared to a standard Colt M16 BCG. 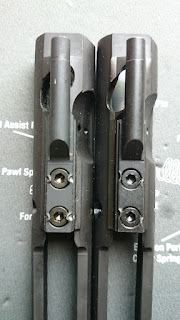 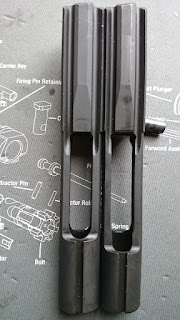 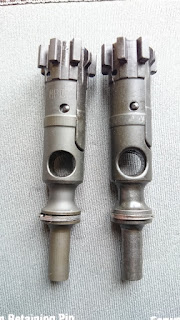 Both bolt assemblies are magnetic particle tested however the two manufactures have stamped their proof mark in different areas.  The one on the left in Colt USA and the one on the right is Colt Canada's 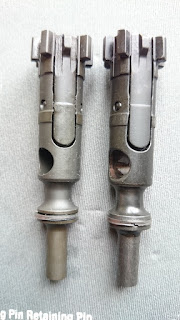 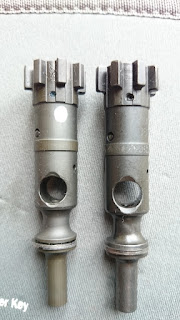 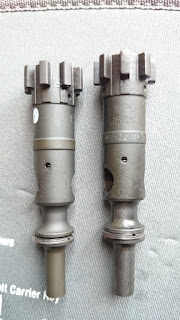 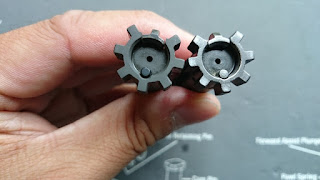 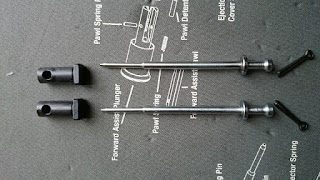 There was virtually no difference in the cam pin, firing pin and firing pin retaining pin. 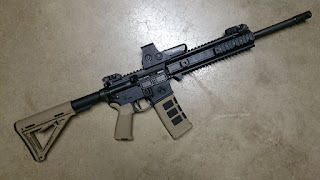 And here's a shot of the BCG in the rifle.  This rifle's been without a BCG for a couple of months now so up until now, it was pretty much a wallhanger looking pretty in the safe.  It's kind of reassuring to know now that it's a fully functioning rifle. 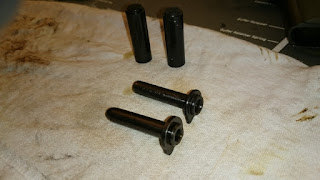 And a comparison between the Wilson Combat recoil spring guide and a Norinco one (this one is not the full length one it was replacing, but a short one I pulled off another Norc for comparision).  As you can see, there is a lot more meat on the Wilson Combat unit in the foreground. 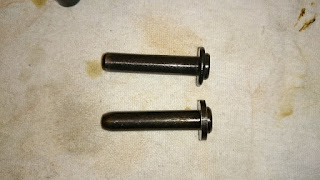 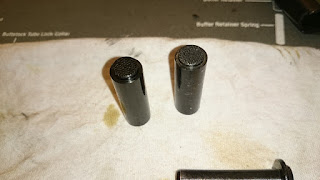 I didn't bother posting a picture of these new pieces installed because you couldn't tell anyway, lol!