I needed another M14 like I needed a hole in the head, but there she was in all her glory and I had to have her.  My friend was thinking about selling his Norinco M14 in the Sage EBR chassis a while ago because he couldn't get it to run properly, but after he sorted out the issues, he decided to keep it.  But ever since then, I was thinking about buying it and recently I started bugging him again.  He didn't care if he kept it or not but he'd definitely not been shooting it very much so he was fine with flipping it to me. 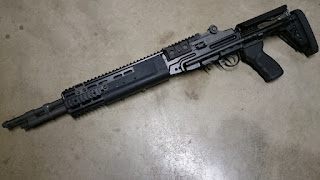 It wasn't problem free, but it wasn't a huge mess either.  My buddy removed the front sight post and flash hider and never remounted it because he was planning on putting a brake on it.  Had to drill out the spot-welds that Norinco decided to add  to keep the flash hider on, but he left a couple of burrs and it was a bit rough around the edges.  Anyway, I filed those down and re-blued the exposed metal parts.

He'd also McGuyvered the op-rod guide rod connector by using a bit of duct tape to keep the connector pin from walking inside the chassis (the chassis has more space than the Norinco stock), hence the Norinco connector pin is shorter than a standard USGI unit.  A lot of people resort to the popsicle stick method to fill the extra space, others buy the USGI connector (have to take it down a bit to fit into the Norc receiver), and some have taken the tail end of a drill bit, dremeled it to length and plopped it in (may have to take the drill bit down a bit).  I resorted to a Mickey Mouse method that's slightly better than just duct tape and it seems to be holding for now.

Anyway, my buddy installed an ARMS 18 scope mount, and a national match op rod guide, as well as a recoil and trigger spring set.  I ordered a Springfield muzzle brake and threw one of my Steiners on there and there it will probably stay.  I ended up doing a bit of a scope swap here and there (Bushnell HDMR ended up being taken off the Cadex 700 and thrown on to the XLR Carbon 10TR...now I'll need some glass for the Cadex 700).  The thing is a pig, holy crap.  I'd say it weighs almost as much as a C9, lol!

Anyway, pics here, can't wait to take her out and test fire her. 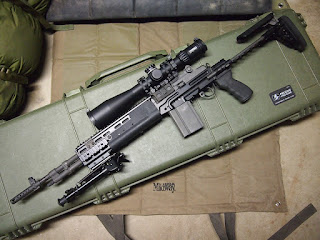 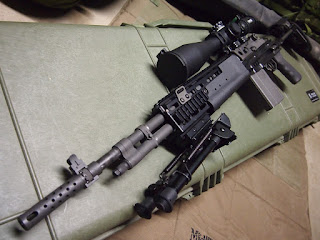 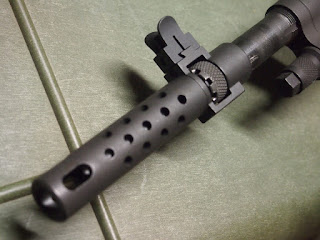 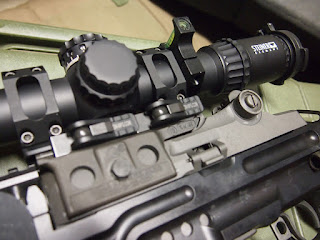 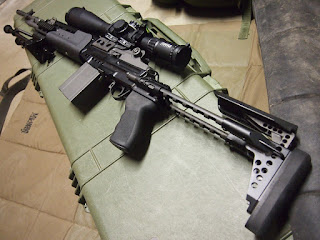 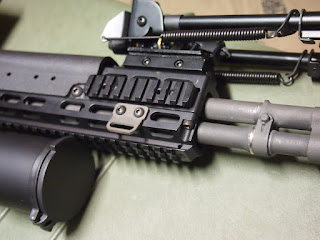 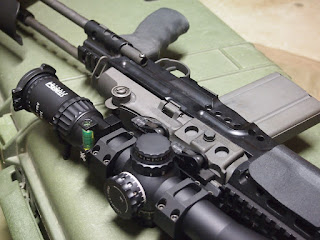 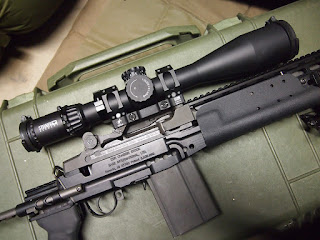 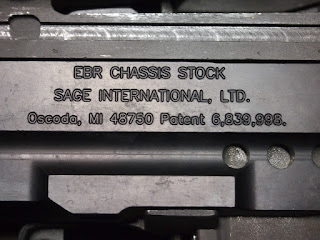 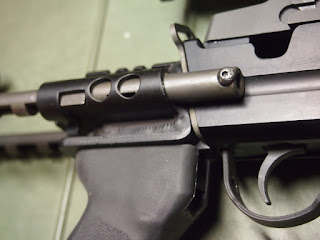 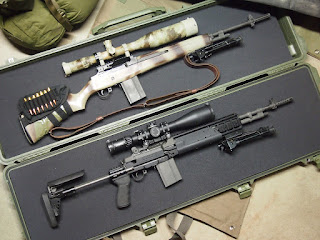 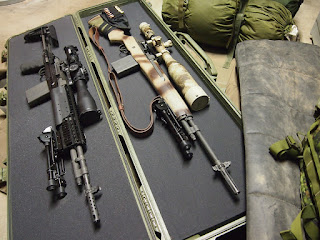