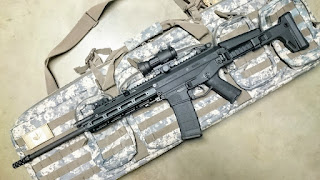 So I finally got my Arms East non-restricted ACR barrel back from Barry over at Bits of Pieces.  Excellent work, and I would definitely take any future gun smithing work to him to do.  So, the overall length of the rifle is a tad longer than before, but it doesn’t look too disproportionate. 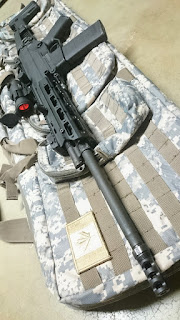 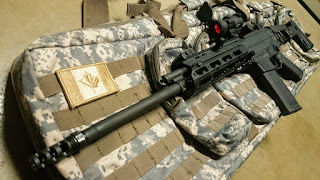 I wasn’t very smart about optics choices when I took the rifle to the range to test groups.  I had a 2moa Aimpoint Pro on there with an Eotech 3x flip to side magnifier.  I should have put on proper glass, but I was too lazy and I paid the consequences at the range by not being able to figure out the best groups. 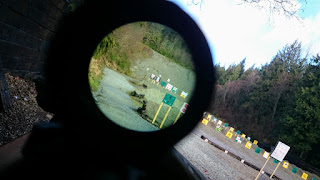 So, with a 2moa dot, that covers a 2 inch area at 100 yards, so at 100m, maybe a bit more?  I printed off some rifle targets from midwayusa.com but the target circles were just about covered under that red dot under the lowest brightness setting. 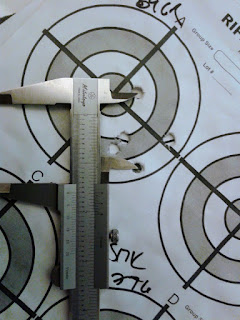 So basically, I may as well have taken the rounds out of the mag and thrown them downrange.  I had the rifle resting on sandbags, but honestly it was kind of a waste of time.  I tested 69gr and 77gr Federal Premium Gold Medal Match Sierra Match Kinds, as well as 55g Hornady Steel Match and some 55gr American Eagle.  The least crappiest was the 69gr SMKs, but when I stay crappy, the performance can easily be attributed to my poor skill as a shooter and my equally poor choice to bring a red dot for precision shooting. 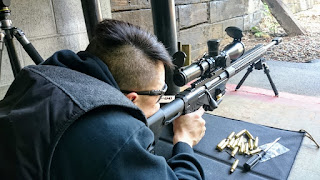 My buddy having fun with his RPR in 6.5 Creedmore.  He stacked two rounds at 200m with that thing…..wow.