Something that has eluded my firearms hobby is a revolver.  It's not that I don't like them, it's just that it hasn't been a priority for me.  I knew that I'd have one eventually, just like a black powder muzzle loader, but just not anytime soon because there is other stuff I still want to get.  Anyway, a chance to pick up a Ruger GP100 for a fairly awesome price came a long and I could not resist.  Thanks Ray! 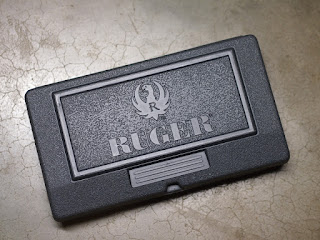 The revolver came at such a low price, I didn't even ask for the mileage.  Anyway, it came from a buddy so I trust him when he says that it's still very accurate. 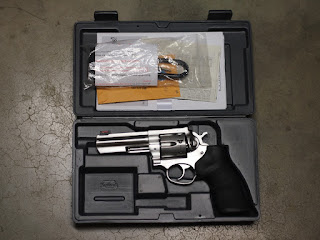 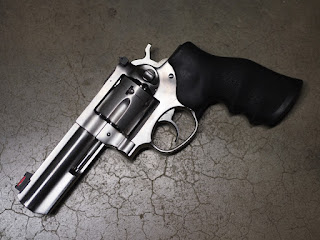 This is one beefy hunk of steel, and it sort of reminded me of that line from that film Snatch "Heavy is good, heavy is reliable.  If it doesn't work, you can always hit them with it." - Boris the Blade/Boris the bullet dodger/Boris the sneaky fucking Russian. 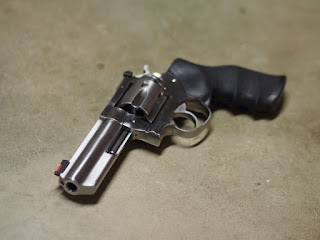 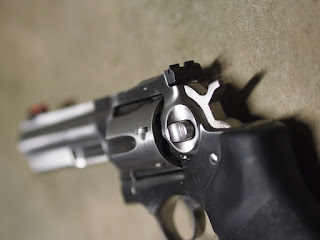 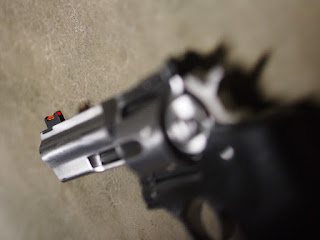 Ray replaced the front blade sight with an aftermarket fibre optic one.  I've seen some people simply paint their front blade with a bright red paint, which probably works fine as well. 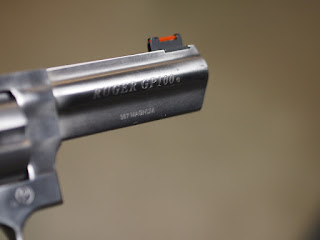 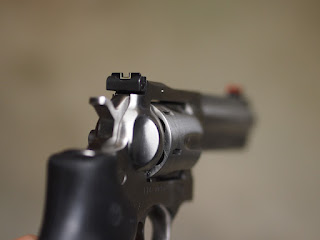 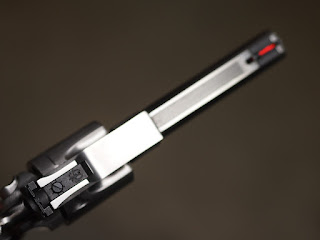 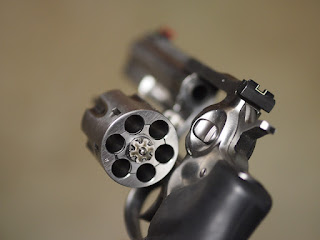 The machining that goes into these seems to be done extremely well, with what appears to me as fairly tight tolerances.  I have to admit, I opened the cylinder and spun it like so many cowboy movies I've seen and that thing just kept on spinning like a well oiled machine (I also flipped it closed like in the movies too, lol!). 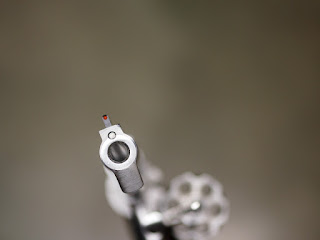 Not a very good shot of the bore, but it was very bright and shiny, with strong rifling which suggests to me that Ray probably didn't shoot it very much. 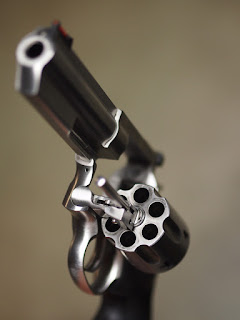 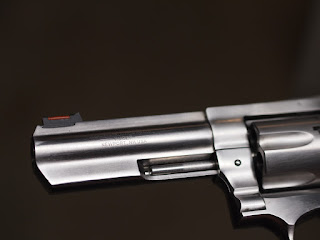 I've never had a shiny gun before (stainless or chrome finish) so this was a first for me.  It was hard photographing this pistol because of the way the light bounced off it.  The camera also picked up all sorts of scuffs in the finish that don't appear to the naked eye 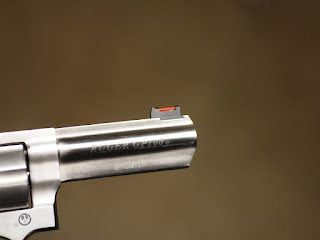 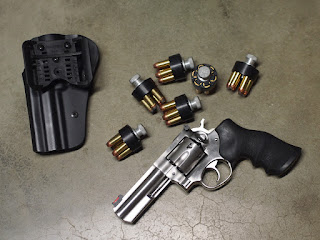 Ray also tossed in a bunch of speed loaders and a holster. 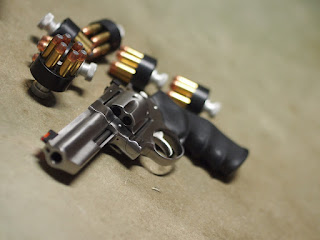 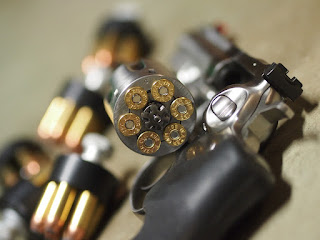 Something about brass, stainless steel and black that look great together. 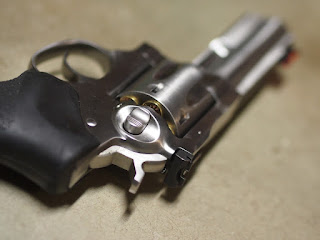 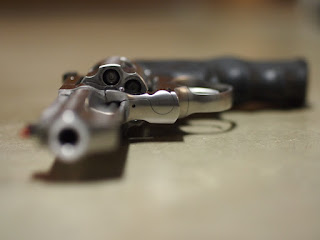 After reviewing the safety features of this revolver and familiarizing myself with it's safe usage, I felt confident enough to load live rounds in it for the photo shoot.  I made doubly sure the hammer was down and there was no way it would go off. 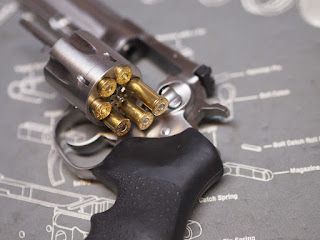 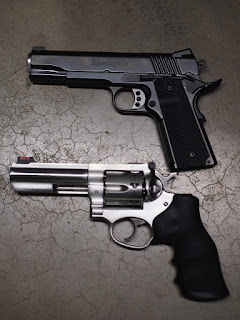 When Ray first showed me pics of the GP100 and mentioned it was a .357 Magnum, I really had no idea how big it was going to be.  I watched a few youtube videos and it really didn't look very big.  When I picked it up, the size and the weight was truly a surprise for me.

I know it's not the biggest revolver out there, but it's definitely a good size for me.  The 1911 is a good size pistol for me, and the GP100 feels bigger. 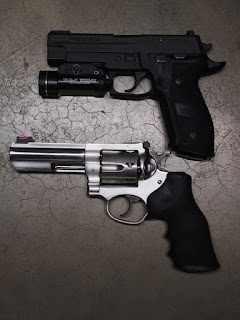 In comparison to my Sig 226, which I consider big, (but light and accurate), 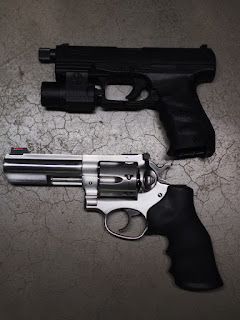 My Walther PPQ truly felt dwarfed by the GP100 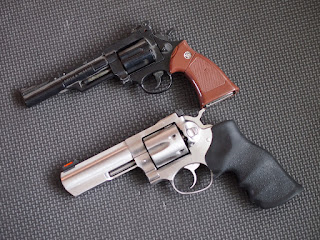 Lol, my GP100 next to my first revolver.  When I was a kid, my dad got me a transforming .44 Magnum made by Takara (same company that made the Transformers toy line).  My brother got Megatron (lol, the Walther P38 is still on my pistol wishlist) and I got this guy. 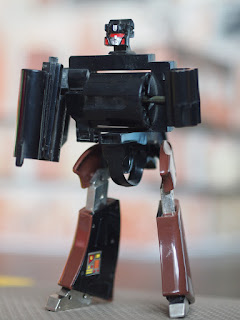 Advantage S&W .44 Magnum, it transforms into an evil robot hell-bent on world domination.

Anyway, can't wait to take my first revolver out to the range to try out.  I totally feel like Saeba Ryo with this beast.

Lol, only fans of older anime will know what I'm referring to.  As a kid growing up in Japan, my wife watched the animation City Hunter in which the main character's (Ryo Saeba) firearm of choice was a Colt Python in .357 Magnum.  I know mine's not a Colt, but the wife doesn't know the difference (lol, neither do I at this point) but because it's a .357 Mag, I sort of have her approval because her favorite anime character had one, hahahahaha!!!!