Stuff for the spare parts bin

Equipment exchange is a dangerous thing when you’re bored, lol!  I’ve been doing a bit of clone building lately and I got it in my head to build a dedicated competition for the one three gun event I attend per year, lol!

First up was a hand guard.  Midwest Industries M-Lok free float hand guard.  I’ve got one of their handguards for my 10.5” AR and I was pretty happy with it, so I grabbed this 15” one.  I probably should have read the description though because this one is actually slightly different than the one I have.  The one I have is a slimmer profile and this one is bigger because it’s the suppressor compatible version. 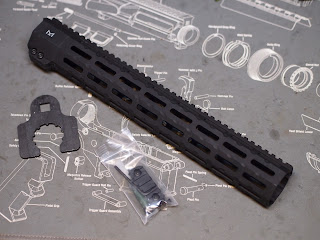 It comes with a barrel nut, wrench and a section of M-Lok rail. 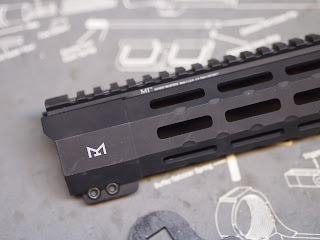 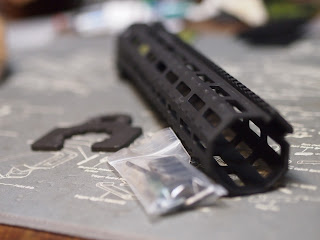 The hand guard is definitely larger in diameter to house a suppressor, but that feature isn't much use in Canada.  As mentioned earlier, I wish I'd read the description more thoroughly because I would actually prefer the slimmer hand guard like on my shorty.  I wasn't planning on tacticooling this rifle, so I don't need all that real estate on the hand guard.  Not that it would have shaved off a significant amount of weight, but I really wanted this rifle to be minimalist compared to my other builds.  If I get a chance to trade it for the slimmer profile hand guard, I will, but if not, I'll live with it. 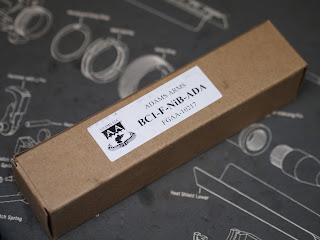 The next item I grabbed was a Brownell's nickel boron (NiB) plated bolt carrier group. 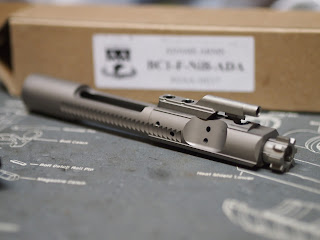 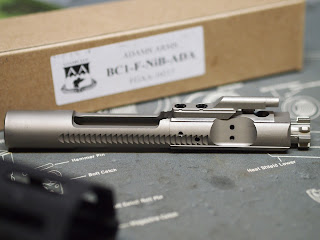 Like Midwayusa, Brownell’s has their own house brand, and this is it (I know, it came in an Adams Arms box, but it’s not).  I’m not familiar with Brownell’s house brand products, but this one has 4 reviews and a 5 star rating. 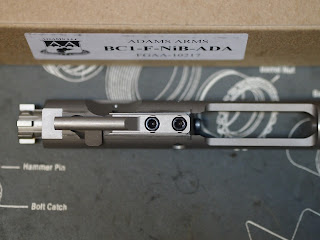 The staking could have been done better, but I've never had a gas key come loose on me, even with less than standard staking. 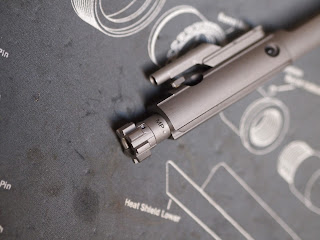 The bolt looked clean and operated smoothly.  I've never had a BCG finished with NiB before as all of mine have the phosphate finish, aka parkerize, but this was one of the cleanest BCG finishes I've ever had.  I understand that there are hard chromed (dull finish) BCGs as well, but I don't have any experience with those.  Anyway,

All the moving parts felt as slick as if it was fully lubed, except it was bone dry.  Apparently, these things run pretty good, and they're easier to clean, but I've also read that if left dry, and allowed to run until dirty and left to sit without cleaning will result in poor performance the next time it is used.  That being said, I find it a bit odd to neglect your rifle's maintenance and if it fails, to blame it on the rifle or parts of it.

Anyway, I'll treat this like any other BCG I've ever owned.  I'll lube it, and clean it after every range trip to ensure it runs well all the time. 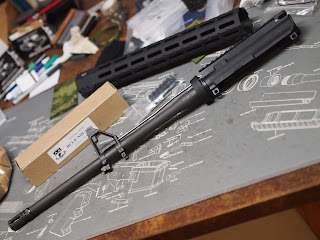 Last thing for the spare parts bin was a Colt Expanse upper. 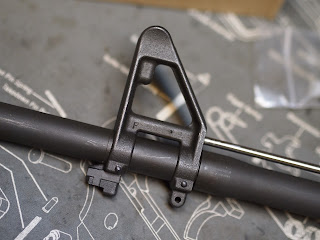 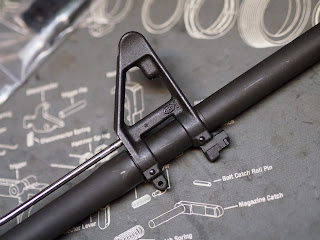 It was used, so it was missing the sling loop and hand guard cap, which was fine with me because I will probably dump the front sight base anyway in favor of a low profile gas block.  There's nothing wrong with the front triangle and they work fine, but I've gotten it out of my system to have rifles with them with my Mk18 Mod 0 and my SA20. 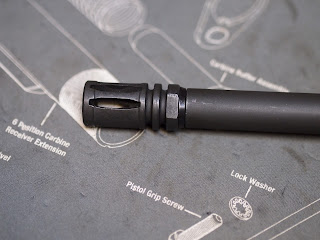 The standard A2 flash hider will probably end up going as well. 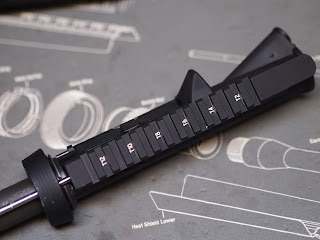 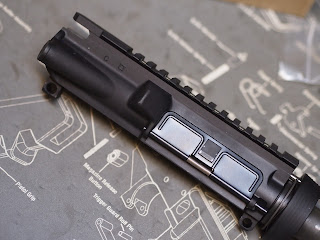 Overall finish on the upper seems fine, there doesn't appear to be any blemishes or anything.  Something I always forget to take a picture of is the feed ramps.  I'll have to remember to do that. 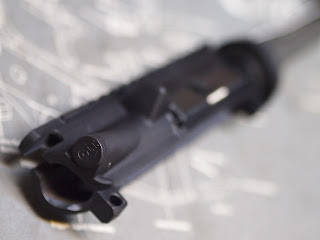 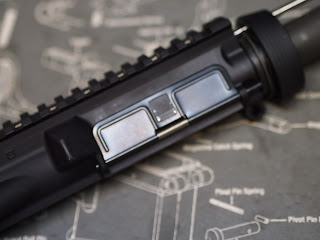 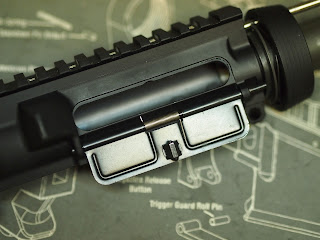 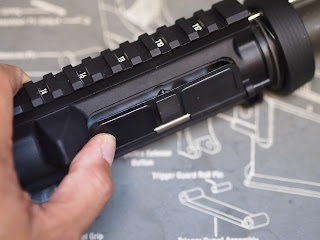 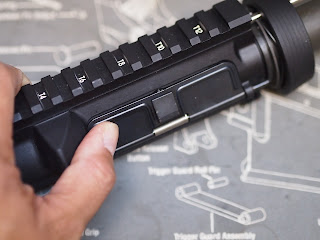 The Expanse also does not come with a dust cover, so the previous owner bought one from True North Arms.  I've had previous dealings with TNA and they were not positive ones.  I am however going to be as unbiased as I can when I say that the TNA no-name dust cover is junk.  The detent on it is too stiff and will not close without depressing the detent with a tool or something to close it.  This will have to be replaced one day. 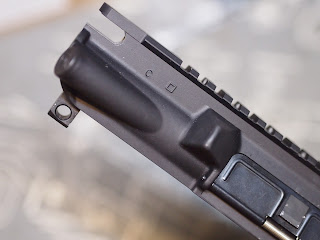 The upper receiver is C stamped signifying that it is a Colt product, but it has a square forge mark.  Most of my LE6920s have always had the key hole Cerro Forge markings.  I don't think the forge has a lot of bearing on the fit, finish and functionality of receivers, they all pretty much seem to be the same, and it's up to the manufacturer to finish up a raw forged receiver anyway.  This one seems to be done fine, despite being associated with Colt's econoline rifles.