Well, my 20" fixed carry handle upper didn't stay intact for very long.  Because of lerch641 from CGN, I got it into my head to flat top my new A2 20" build. 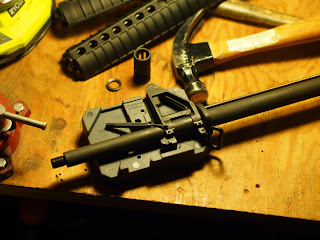 Anyway, fairly straightforward to spin the flash hider off, and tap out the pins from the front sight base. 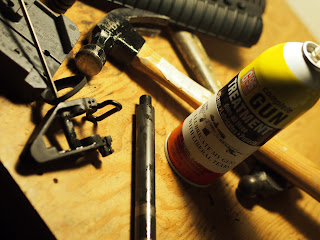 A little G96 on the barrel and a little wiggle will help get the front post off without scratching up the barrel. 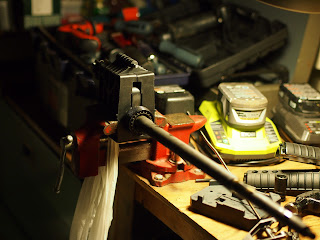 Then it's just a matter of spinning off the delta ring assembly. 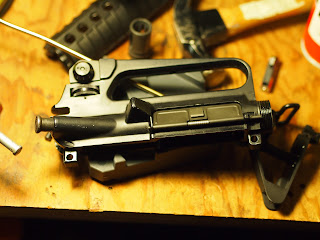 My first fixed carry handle upper, and it's homeless already. 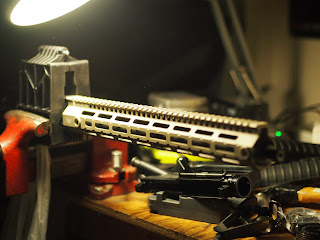 I then had the brilliant idea of butchering by Colt Expanse competition 3 gun upper I built a while ago: 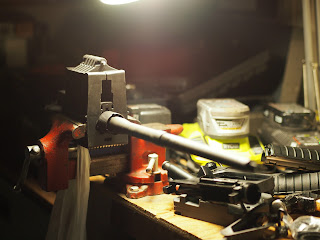 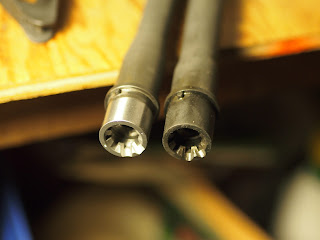 Comparison between the Colt Expanse barrel on the left, and the Olympic Arms HBAR on the right. 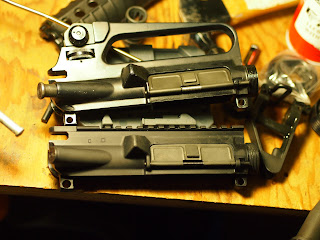 Olympic Arms A2 upper on top, the Colt Expanse upper below. 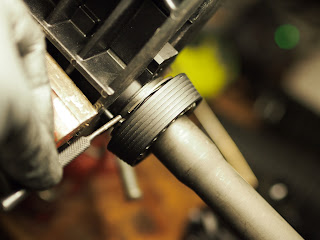 Sometimes when I haven't touched these in a while, I get stumped with the snap ring, because it requires a tool to time it properly, however I remembered the last time I had to do this, I just used a small punch and tapped it around until it was timed properly. 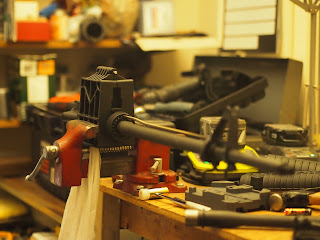 Then it was just a matter of slapping on the front triangle and gas tube. 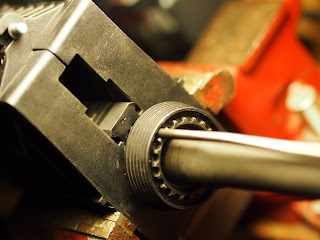 A close up of the Colt Expanse upper, noting that it's stamped M4 at the front. 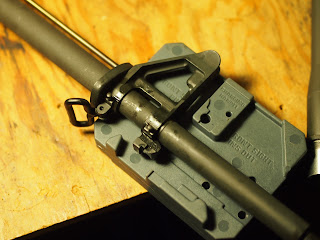 Tapping the pins back in place.  I probably should have used an F marked front triangle, but I was too lazy to dig one out of my spare parts bin and seeing if it had the same alignment. 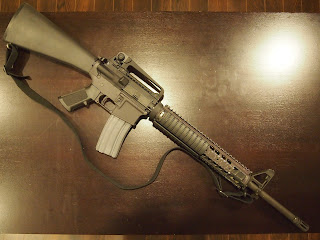 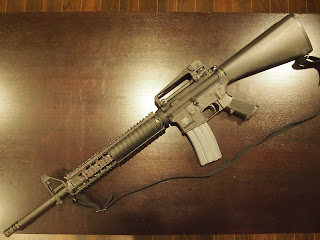 Threw it back on my Colt Canada lower as well as a KAC M5 RAS.  Now I have no idea what this build is supposed to be.  It's not really a C7 build, and it's not really an M16A4 build either....sort of a mutt of both. 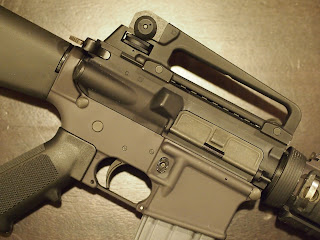 Square forge mark on the carry handle and upper, keyhole on the lower. 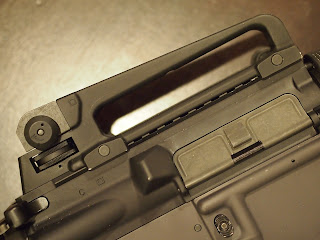 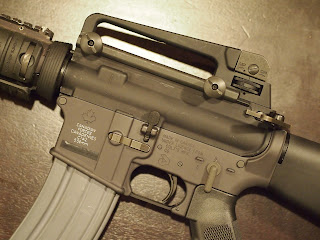 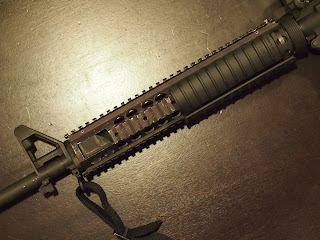 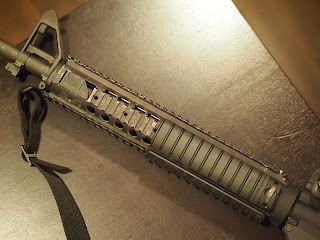 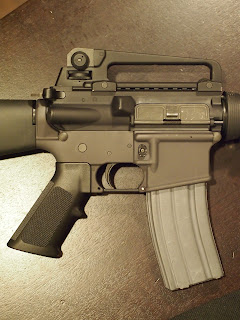 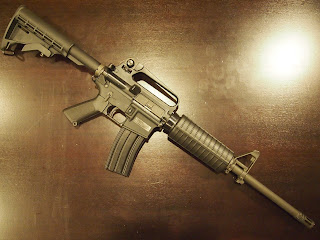 This is the result of tearing down my 3 gun upper (that I never even had a chance to use for three gun).  I took the Colt Expanse barrel and threw it onto the Olympic Arms A2, dug up some Colt factory hand guards and threw it on the lower of my Mk18 clone. 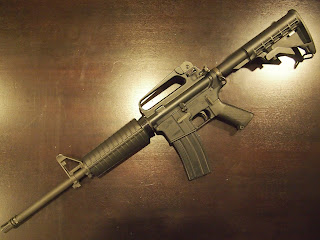 So, I have no idea what this build is supposed to be.  It's got a 16" barrel, but it would probably look better with a 14.5" barrel or something even shorted. 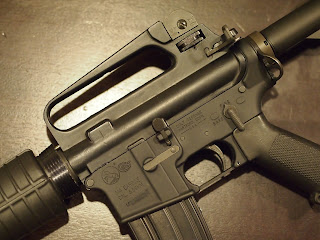 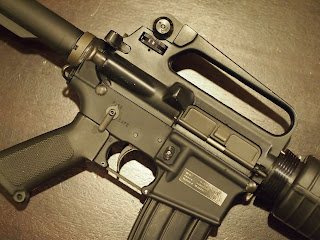 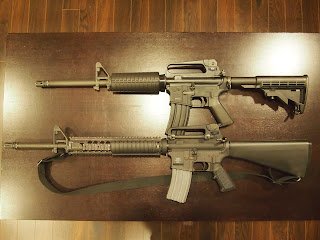 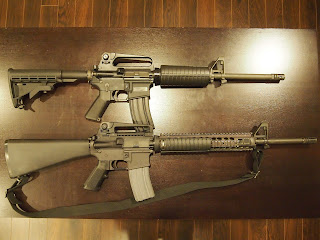 I'll need a permanent lower for that 16" upper, but I sort of dig that old school look.