Something arrived in the mail the other day and it's just one more piece of the puzzle, a puzzle I'm still pretty far off from calling complete, but at least it's a step in the right direction. 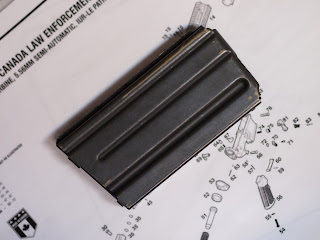 The elusive 5/20 Colt magazine.....at least elusive in Canada.  As far as I know, there's no retailer that carries these, and they are a huge pain in the dick to source on EE, but I finally have one.  These are great for old school M16 clone builds, but also for Mk12 clone builds as well.  Now, the Mk12 doesn't have to have a 20 round mag, as they are often seen with standard 30 round mags in the wild, but I wanted to have a short mag in my collection, and getting one for my Mk12 clone build was the perfect excuse. 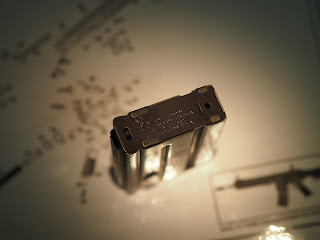 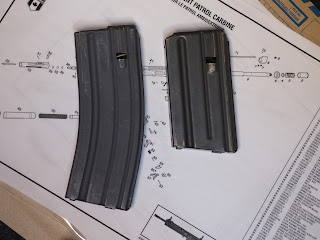 Compared to a standard 30 round mag. 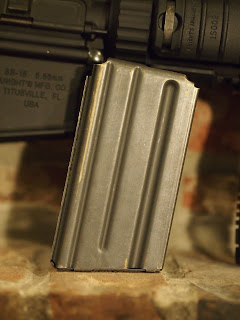 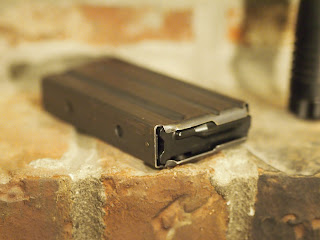 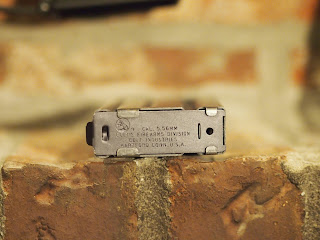 Since these little bastards are so hard to find, I was considering buying a 20 rounder through Midway (their generic house brand), pinning it and having it imported, or maybe go through Brownell's and buying one of theirs, but finding one on EE was a total stroke of luck and it solved my dilema. 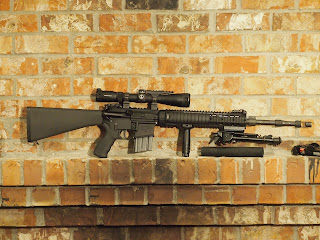 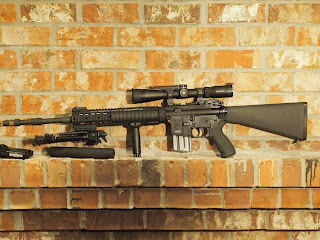 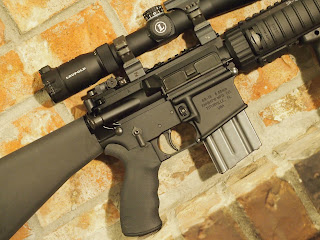 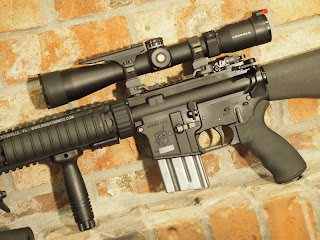 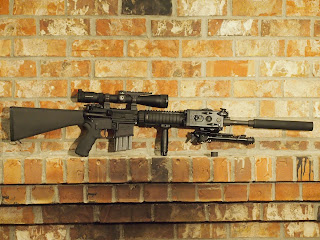 Now I just need the right Leupold Mark 4 scope as well as an 18" Douglas Barrel.  Those might be a while though, and I'm not even sure they will ever happen.  The Leupold Mark 4 is a second focal plane scope, with limited magnification and desireable reticles....not to mention it's in MOA.  I find it hard to swallow the idea of shelling out $1,000 for a used one, let alone $1,900 for a new one, when there are a ton of superior scopes out there for that price range.