I finally got to take the Surefire training suppressor out for a test drive, and predictably, did not reduce the sound in any way whatsoever.  It was an interesting experience though, as I'd never tried devices like the Noveske Flaming Pig, or the Surefire Warden.

The Surefire training suppressor adds a bit of weight to the front end of the rifle, and it also directs any blast forward, while pushing the rifle backwards.  It also creates quite a bit of flash forward too.

I tried the Surefire 4 prong flash hider and it reduces flash to a dot.  It's an amazing unit and I can see why certain branches of the military have adopted it.  Once I threw on the training suppressor however, it enhanced the flame forward, and probably directed some of the sound that way as well. 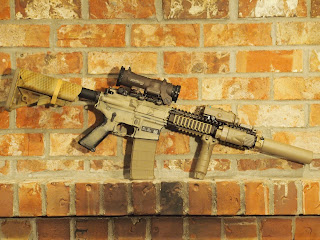 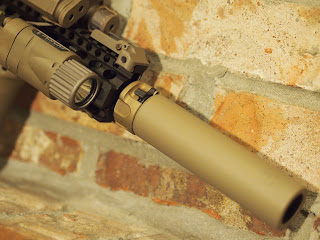 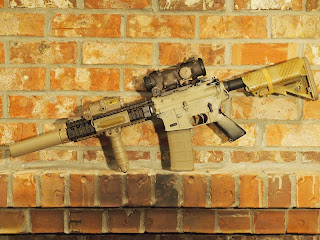 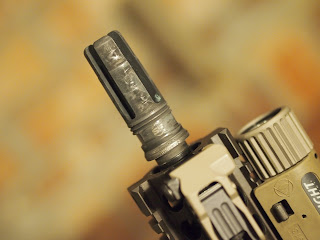 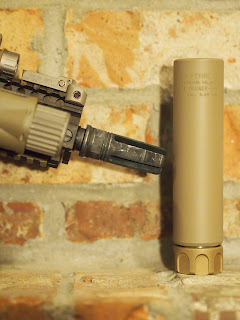 The result of using the fake can is similar to the real one, in that it really kicks the crap out of the flash hider.