I picked up these parts for a future build I have in mind, a CANSOFCOM IUR build based off the 10.5” SAS IUR.  It won’t replicate the original perfectly, but I’m hoping it will get it to look close enough.  I’ve heard the CF version uses an IUR similar to the SAS upper except it has an 11.5” barrel with an Allen Engineering sleeve.  The grenade launcher lug is also milled off the CF version. 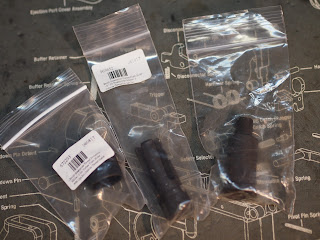 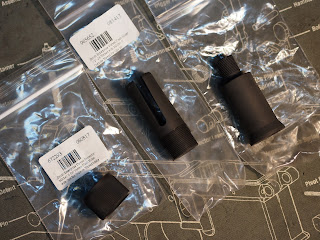 Since I don’t plan on buying the SAS upper, milling off the grenade launcher lug and buying an 11.5” Colt Canada MRR upper just to get the barrel, then do a barrel swap, I’ll settle for close enough.  Besides, the barrel swap is pretty much impossible for every day folk unless you have fabricated a custom barrel nut wrench for Colt Canada IUR/MRR uppers.  I thought the Allen Engineering Collar Adapter Extender should do the trick in extending the 10.5” barrel and with the Smith Enterprises Vortex Flash Hider on the end of it, maybe no one will notice. 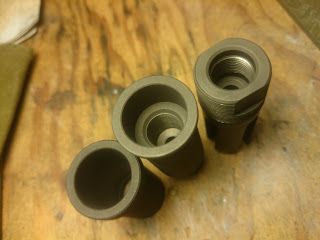 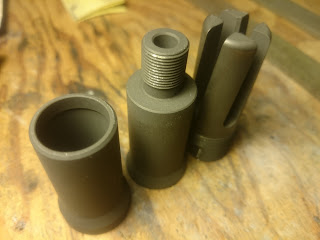 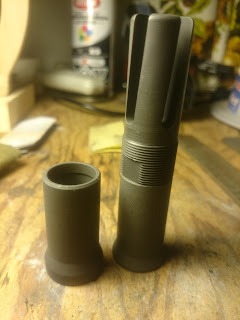 After a little research however, I have since discovered that the Colt Canada SAS IUR upper is actually a 10" barrel, not the advertised 10.5" barrel.  If that is the case, the barrel extender won't work because 1/2" of the extender will be recessed in the IUR hand guard.

I think I will have to shelf the idea of building a CANSOFCOM clone for now and hope that Colt Canada will release the correct length barrel for sale to the general public one day.  I may still pick up an SAS IUR one day, but that would have to be an L119A2 clone build.

What I wanted to build: 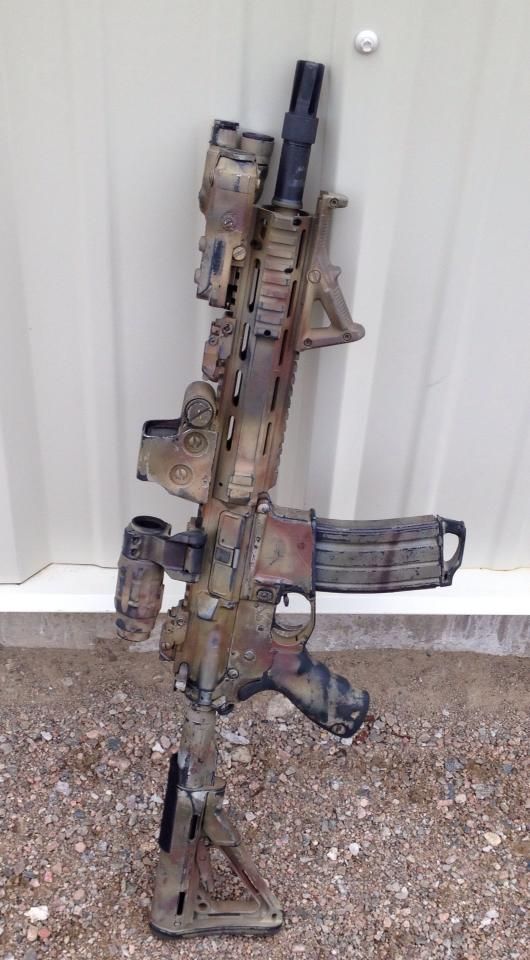 What derrob7 from CGN built