I've had Leupold Mark 4 rings in the past, and though I found them to be excellent rings, I'd since gotten used to uni-mounts like ADM, AI, and Spuhr.  Recently though, I've been obsessing over a few clone builds which have brought be back again to the two piece rings again.  It started with the ARMS mounts for my Mk12 build, and recently I had the itch to give my M14 and 700p (I know, not even close to an M24 clone) a little attention. 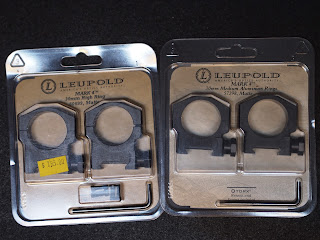 The Mark 4s aren't cheap, and for a bit more, you can get yourself into an ADM mount, so $195 was a hard pill to swallow.....twice.  One of these are steel, and the other is aluminum, and I couldn't really find a comparison online, so here are a few pics of them side-by-side. 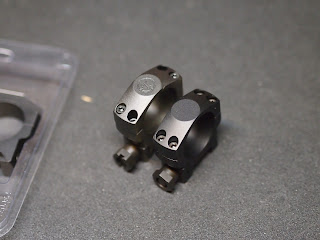 The steel rings on the left are marked with the Leupold logo on the ring cap.  The steel one appears different, and my guess is probably a different finish like a blue or park job.  The aluminum ones might be hard anodized?  Just a guess, if anyone knows better, let me know.

I bought one steel and one aluminum not because I had planned on it, but it was what was available for the height I wanted and it actually worked out perfectly.  The aluminum "medium" rings were for my 700P and the reason I say it worked out perfect was because the base I ended up using was aluminum.  I've read that steel rings should be used on steel bases and aluminum rings can be used on both.  The reason is because if you crank down steel rings onto an aluminum base, it may damage/destroy/deform the softer aluminum base.  I haven't heard of problems using aluminum rings on steel bases.

Here's a good read about steel and aluminum. 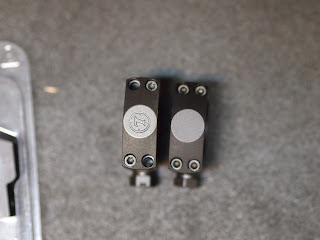 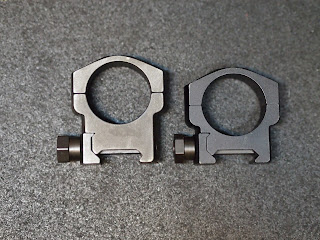 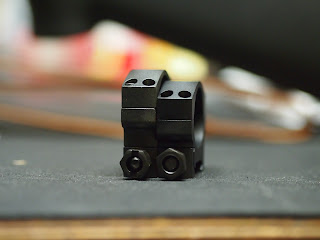 The nuts on the cross screws are slightly different, but the same size. 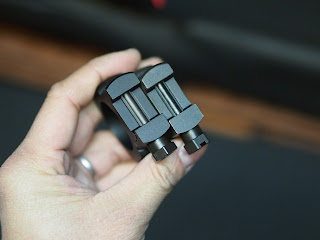 From the bottom, they look virtually the same. 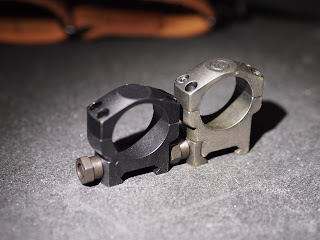 Under the light, you can see the ribs cut into the inside of the rings. 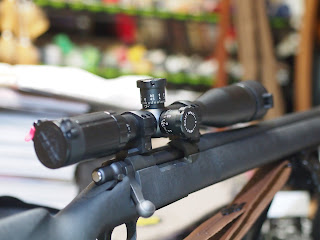 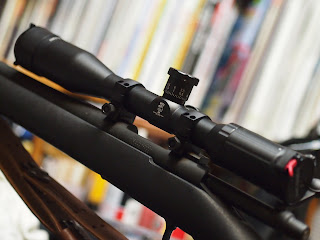 Originally, I planned to use these Leupold two piece steel bases, but found that the front base was slightly off and I couldn't get the front base to be level with the rear base.  It's a good thing I didn't crank down on the scope itself while it was in the rings, otherwise it probably would have left some nasty ring marks. 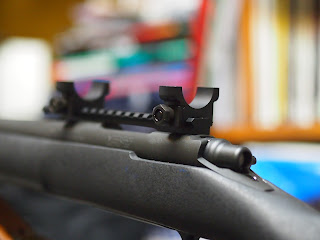 Off came the two piece base and on went the Weaver Tactical aluminum one-piece base. 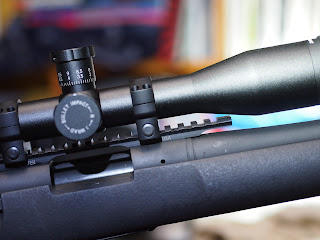 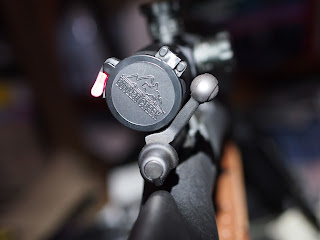 There wasn't a lot of clearance, but it worked out in the end.