So, I finally got around to getting my Mk12 Mod 1 clone build out to see how it shoots.  I knew the Colt HBAR that it was built around shot well when I had the barrel encased in Primary Weapons Systems (PWS) parts.  I'd only shot it once and I recall getting a decent group but I didn't measure it and wish I had.  The Mk12 Mod 1 clone had a Leupold 3.5-10x40mm FFP with Leupold's fine TMR reticle and I was shooting 75gr Hornady Steel Match, and I also tried out a few rounds of 77gr Federal Gold Medal Match SMKs.

I also dragged my M14 EBR out to see if I could get it to shoot reliably.  The last time I had this rifle out was in December of 2016 and it wasn't functioning properly.  Shells weren't ejecting properly and I had my buddy Roy take a look at it.  The shells were getting caught on the nut of the keeper screw of the scope rings.  I've since switched out the rings and scope and made sure the nut was on the opposite side this time (opposite of ejection port side).  The M14 was equipped with a Leupold VX-R Patrol 3-9x40mm SFP with Leupold's TMR reticle (a lot fatter than the fine version on the Mark 4) and I was shooting 155gr Hornady Steel Match. 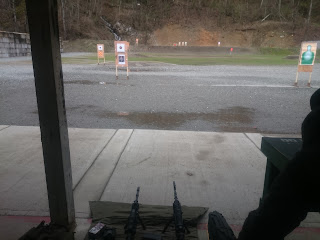 I went with a few buddies to the Abbotsford Fish and Game Club this past weekend.  I think most of us have grown tired of the Port Coquitlam District Hunting and Fishing Club (PCDHFC) as it's gotten pretty crowded, and at times, a bit fuddy. 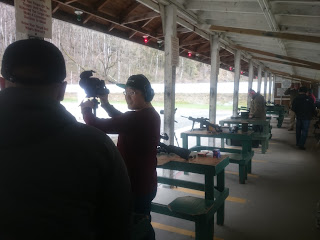 The Abby range had no wait time, plenty of lanes, and it was self governed.  It was a nice clean range and I would definitely like to go back. 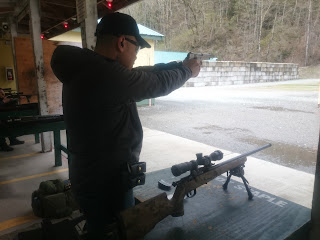 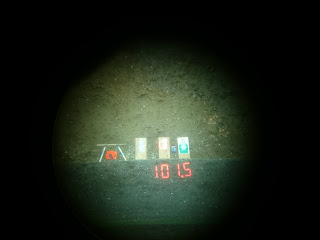 It's a shame that it maxes out at 100m, but for zeroing rifles and shooting groups, it was good enough. 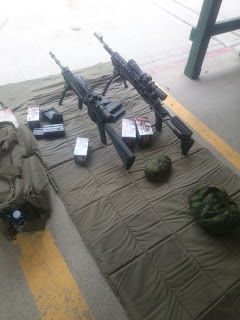 There were plenty of benches to shoot off of, but there was also amble space to lay down right beside your bench to shoot prone 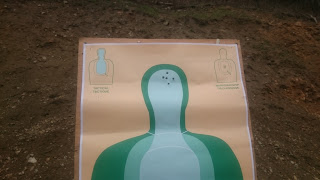 The first thing I shot was my M14.  I really wanted to see if it was just the scope ring issue that was causing previous malfunctions.  I know that my buddy Roy had diagnosed that as the issue, but I wanted to make sure.  I had a couple of cheap 7.62 rounds left in the magazine and decided to send a few for a rough zero, but a few of them actually failed to eject properly.

Crap....so, I got out the 155gr Hornady Steel Match and my worries disappeared.  After I got a rough rough zero on a rock at about 75m, I decide to zero the rifle at the 100m target.  I shot a 5 round group that looked fairly respectable and went to my rifle sized targets. 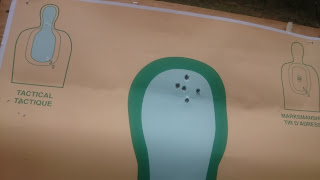 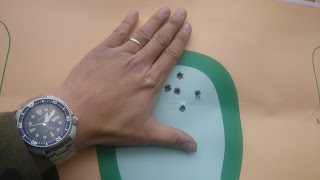 I probably should have measured this one, but it looks like it's about 2"? 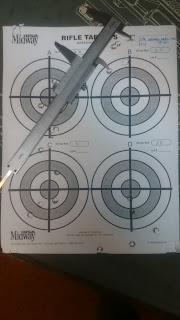 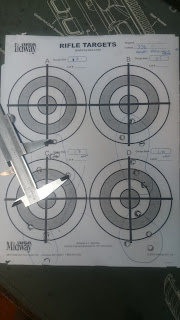 Anyway, the best group I could manage with the Leupold VX-R was 1.7" at 100m.  Maybe I could have done better with more magnification and a finer reticle, maybe not.  I've read a lot of frustrating first hand accounts of people trying to squeeze accuracy out of these things.  Rack grade M14s came with no accuracy guarantees, and from what I've read match grade M14s can come with a guarantee to produce 2" groups at 100 yards.  There are accounts where some people have poured large amounts of money into these things (not even Norinco) in their "Ultimate Builds" to which produced 1" to 1 1/4" groups.  Some custom builds have been known to produce 1" or less, but I don't think I'm going to chase that unicorn.  I talked to Roy about it and he assured me the groups my rifle was producing was good for an M14. 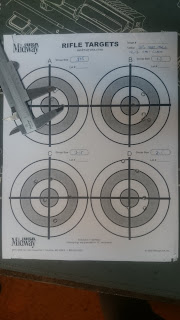 My Mk12 Mod 1 clone build performed as well as I expected.  I managed a .875" group at 100m, but I honestly think this rifle could do better with more magnification.  At 100m, it was hard for me to see the target, even with the fine TMR reticle.  That being said, it is supposed to be a clone build, and wouldn't be right with one of Leupold's higher power Mark 4s.  Actually, the Mod 1 was more commonly seen with Leupold's 2.5-8x36mm Mark 4, not this one, but I think I'll just settle for close enough.

Overall, I'm happy with these two rifles.  I think it was a successful day for me in that I managed to get both rifles zeroed.  The bonus was that both of them produced groups I was satisfied with considering the ammo and glass.  The Mk12 Mod 1 will always be a range toy considering the AR's restricted status, but maybe I can take the M14 out to plink with at further distances.