My Benro LBA2 leveling base showed up in the mail the other day and I think it’s going to do the job.  You can find these online in Canada for about $179 but I found one on sale at www.vistek.ca for $149.  They can also be found on eBay for about $90USD with free shipping. 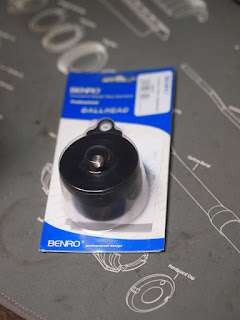 The first thing I noticed was the cheap packaging and I had concerns I may have purchased a knock-off or something.  The unit was housed in a plastic bubble against cardboard instead of the nice fancy box that Manfrottos generally come in.  My worries soon vanished when I took the leveling head out and noted that it had some heft to it.  It felt sturdy, and the action felt smooth. 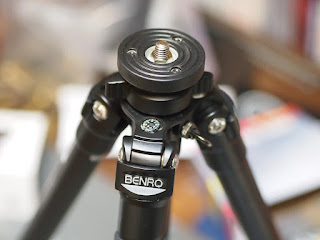 The LBA2 is rated for 50kg, far surpassing the max load weight of my tripod which is rated at 12kg.  I think it should be able to support any of my rifles except my 50. 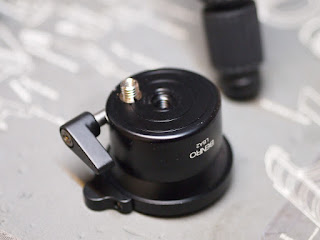 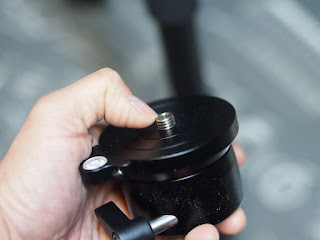 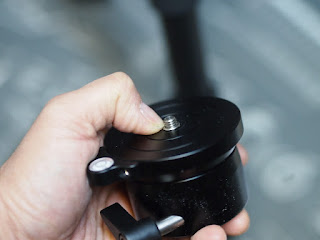 The top end is a spring loaded ¼”-20 and 3/8”-16 which is convenient because you don’t have to mess around with screwing or unscrewing an adapter on when you’re in the field. 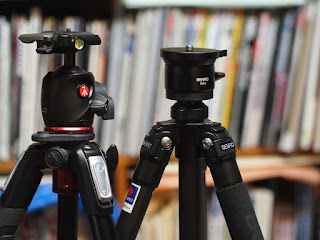 This photo wasn’t taken with the bases of each tripod level with each other, but the Manfrotto is clearly a taller unit.  I don’t know if this will affect performance and usability of the tripod, but I would imagine having a lower centre of gravity for the pivot point would be a good thing? 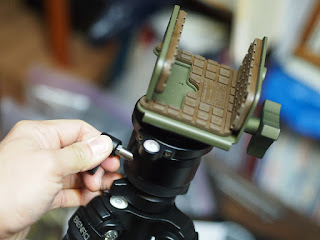 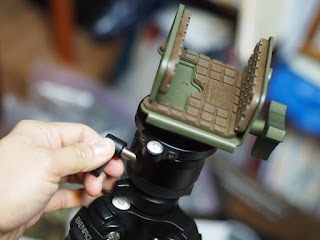 The pig saddle spins strait on to the leveling head, so you lose the QD feature that you have with the Manfrotto ball head.  I’ll have to play around with it and see if it’s timed at a convenient position to access the leveling head controls.  The tension lever is spring loaded and you can pull it out and re-position it if it’s in the way.   Once you lock it down, it feels pretty firm....it should, it's supposed to be able to hold 50kg. 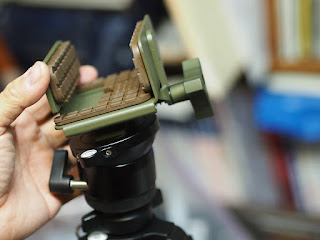 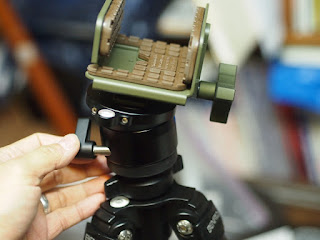 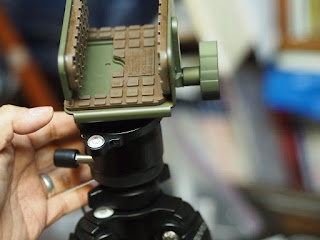 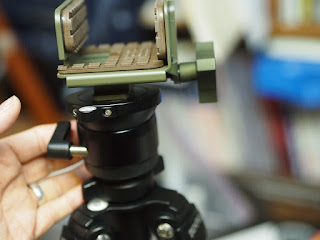 The factory specs indicate that the LBA 2 has about +/- 15 degrees of tilt all around, and as mentioned earlier, working the tilt and pan is extremely smooth.  I think that should be plenty for the places we shoot.  We may however try shooting at some steeper angles one day, in which case the ball head will be more advantageous.

For now, I'll muck around with this thing and get used to the controls.  I have a feeling it will still be a while before the trails are clear of ice and snow.