My buddies Ray and Hermes came across something interesting last week and they both figured I might be interested in it.  Since I'd been getting into building clones lately, some they consider retro, they asked me if I wanted it, so I said sure, why not, not really knowing what I was getting. 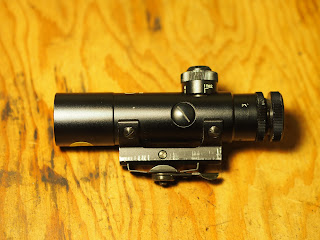 It's an older fixed 3x20 scope made for Colt for fixed or detachable carry handles.  I didn't even have an ARs with any kind of carry handles for the longest time, but recently, I ended up with both so this little scope came at a perfect time.

The mounting system is interesting in the way it mounts to the carry handle.  The carry handles all have a hole and the mount for this scope appears to thread into the body of the scope, rather than clamp around it like typical scope rings we see today.  The mount itself is like a wedge that sits in the channel of the carry handle, and is fastened on with a clamp and a screw which tightens with a lever. 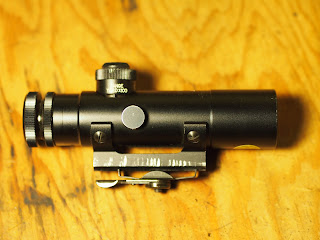 The controls seem simple enough, with the windage and elevation knobs at the traditional locations, and there's also an ocular adjustment. 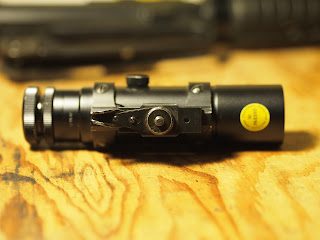 Bottom view of the mount 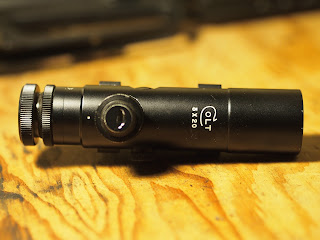 The markings on top say Colt with 3x20, printed on the scope in thin script.  This might indicate the 3rd gen manufacture of this particular item, which was made in Japan for Colt. 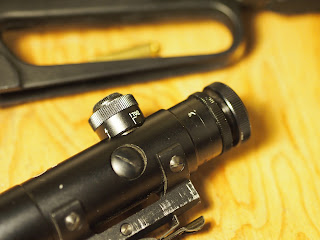 This scope has seen some use, but it doesn't appear to be abused and probably considered to be in decent shape considering its age. 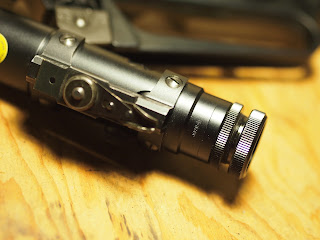 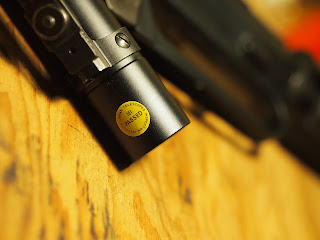 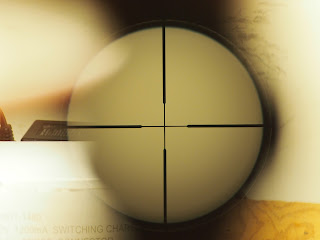 The glass is surprisingly clear but this picture isn't the best indicator.  Just a simple fine duplex reticle. 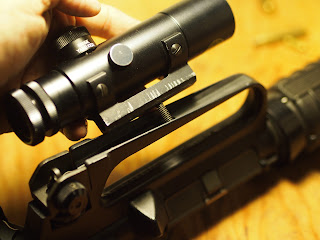 Spin the lever and the clamp off the mount and thread the mounting screw through the carry handle hole and it's as simple as that. 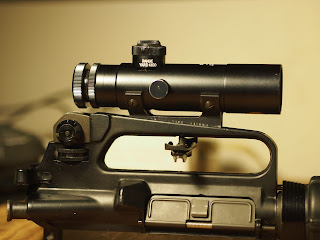 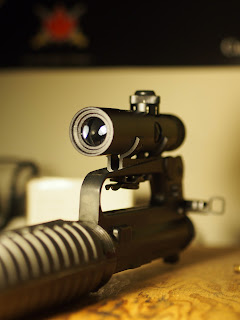 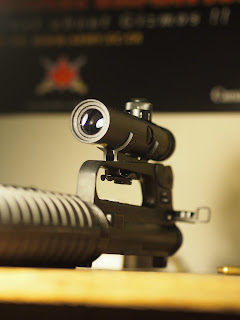 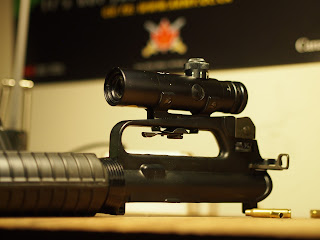 The scope looks perfect on top of a fixed carry handle upper, but I don't have any retro builds in the process right now, so I'll have to figure out what I'm going to do with this thing.  For now, it just sits on top of this upper.

Some interesting info I found on ar15.com:

As mentioned, this might be the 3rd gen of this model scope.  The first ones were made in the USA, with Colt engraved into the body of the scope.  The 2nd gen ones were engraved, but instead of Made in the USA, it read 3x20.  The 3rd gen (like mine) were printed Colt 3x20 in the thin older style script, and the most recent gen ones are printed in the thicker, more modern and stylized Colt logo, also with 3x20 underneath.

I doubt there is much value to this thing, although I have seen them on ebay go for anywhere between $200 to $750 depending on which year, condition and where they were made.