I've been passively trying to source a blank A1 lower for a while now (ever since I started my Mk18 Mod 0 clone build) but with the recent prohibition on 80% lowers, my search came to a grinding halt (wanted to also do the Colt M16 engraving to complete the look).  Until Colt releases their retro line, I don't think I'll ever be able to get it right.

So, I came across this Norinco lower on EE and it turned out to be an A1 style lower 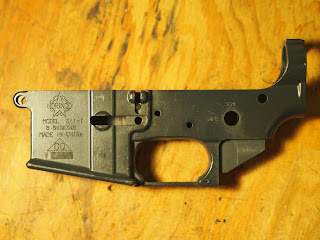 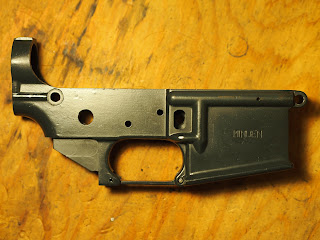 It's not the 1st gen "slabside" lower or the 2nd gen "partial mag fence" lower but the 3rd gen of A1 lowers with the full mag fence as seen on some older Mk18 Mod0 models. 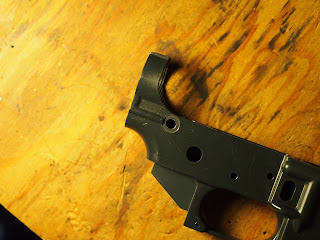 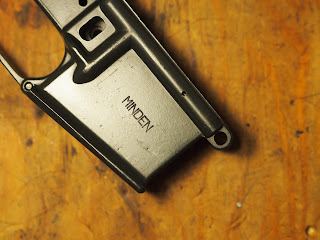 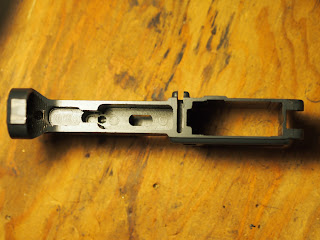 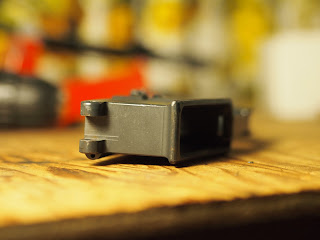 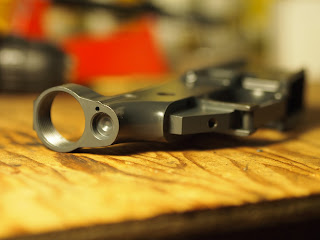 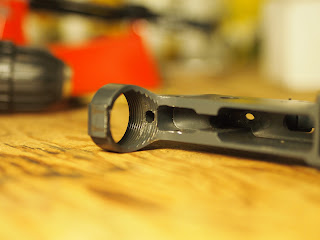 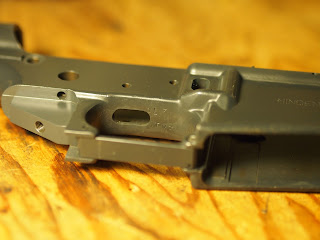 I know some people have gone as far as re-profiling their A2 lowers into appearing like an A1 lower, but that is a ton of work.  There's a really good thread about it on AR15.com:


I doubt I would ever go down that road but now I have this perfectly good A1 lower and I need to do something with it.  I just don't know how I'd feel about swapping out my Colt LE6920 lower for a Norinco one though, just because it's a clone correct A1 profile.


My original idea was to mill off the "Norinco Made in China" and "Minden" markings and re-engrave it with the correct Colt markings, but after a cursory investigation, I was not successful in finding information in the Firearm Act that speaks to this.  I was never going to mill off or file off the serial number - I've seen enough crime shows and movies to have the common sense to know this would be pretty illegal, but what about other markings?

I took a deeper look into the Firearms Act of Canada, Regulations Made Under this Act, Firearms Marking Regulations (Not In Force) (SOR /2004-275).  Specifically, I am referring to Para 5 - Tampering with Markings  In this section, it clearly states:


5(1) No person shall knowingly remove, alter, obliterate or deface a marking on a firearm
(2)Subsection (1) does not apply to a public agent acting in the course of their duties or for the purposes of their employment.

Para 6 however is titled Coming Into Force which states:


So, in my day job, I work closely with certain Acts and Regs and my job is to interpret and apply them when making certain decisions, but I'm no expert on the Firearms Act and would appreciate any help in this area.  First, I want to look at Para 5 and it's elements to see what has to be proven:
Points 1, 2, and 7 are pretty self explanatory, so I'd like to focus on points 3-6.  "Remove, Alter, Obliterate and Deface" suggest to me something of a permanent nature.  I've seen people tape over their serial numbers when posting pictures of their firearms, which is obviously a temporary situation, so I was wondering about paint,  I was thinking about painting over some of the markings, a little more aesthetically pleasing solution than using tape, but not permanent like milling, filing or grinding.

Para 6 is interesting in that it describes these Regs as not in force until 1Dec18, so what are the current Regs pertaining to markings on a firearm?  I'll have to keep looking.

People consider these "gray areas" but they're not really gray areas, they just haven't been tested in court.  But quite frankly, I have little interest in taking the time and cost in legal fees to see this test through.  What I'll probably do is paint the receiver and leave it at that.  The finish on it is some weird crappy semi-gloss gray anyway, so it could use a refinish.  I'll use crappy paint so if shit hits the fan, I'll have a bottle of paint thinner ready to reveal the evil "Norinco Made in China" markings.