I've had this Magpul ASAP sling plate for ages but never actually completed my CANSOFCOM clone until now.  This was basically the last piece of the puzzle and I never bothered installing it until now because I sort of liked the QD sling plate I had on there before.  But the OCD got the best of me and I was sort of bored so I decided to throw it on. 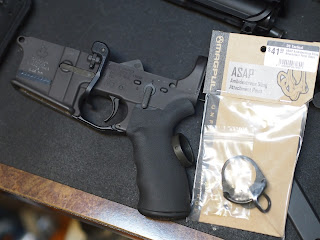 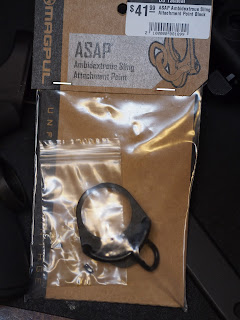 I can't believe this obsolete thing cost me $41. 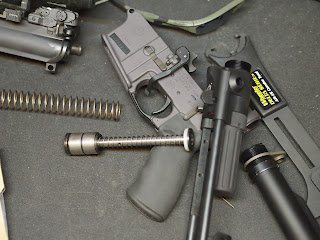 While I was at it, I also swapped out the Maxim Defense CQB Stock to another CC lower I had which was nearly identical to this one, minus the Canadian Forces markings. 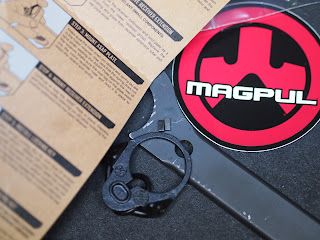 There are two metal tabs included in this kit, one for mil-spec tubes, the other for comm-spec.  Either way, this feature is a right pain in the ass and I'll get to that later, 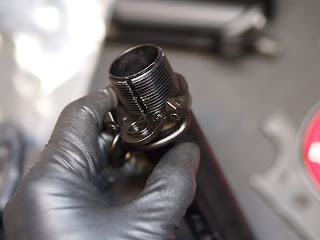 So, onto the buffer tube goes the castle nut, then the sling plate, as per usual. 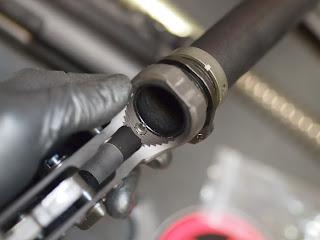 Then spin the whole thing until you capture the buffer spring retainer. 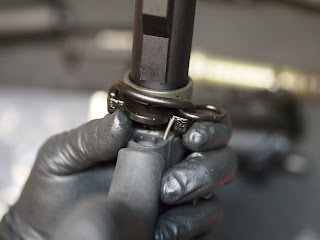 Then insert the rear take down pin retaining spring, 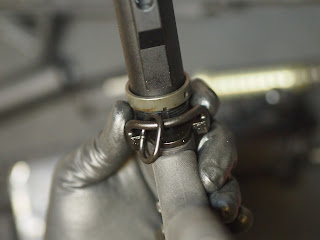 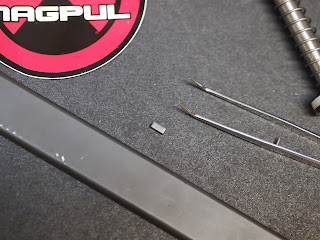 I have to insert this stupid thing first, and though tweezers are pictured, I ended up needing pliers because it took some finagling to get it in. 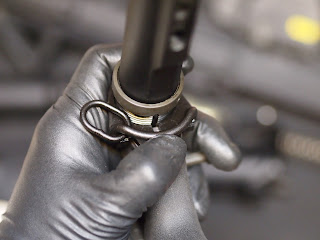 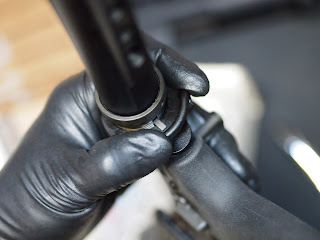 It took some effort to get it to this point as it didn't simply drop in. 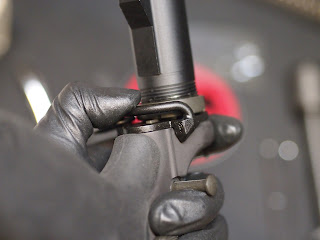 Once I sort of had it in, I spun the castle nut down onto it. 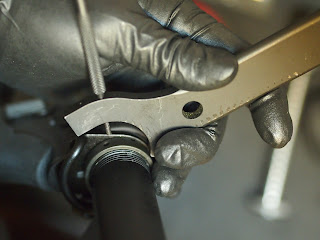 And here's where the Weapons Tech must have been cursing the choice in sling plates because there are only two slots to insert the Colt Canada castle nut wrench, but because of the design of the ASAP, you can only turn it so much before running out of real estate to grab onto.  At least with the standard AR castle nut, there are 4 slots for the castle nut wrench to grab on to.

I'm not sure if the weapons techs that work on the Hill have access to standard AR castle nuts, but if they didn't, I'm sure they were not happy with the design of the ASAP sling plate.  I took a bit of advice from our own weapons tech, and that was just to put a punch up to the hole and hammer the thing in the direction I want to tighten or loosen. 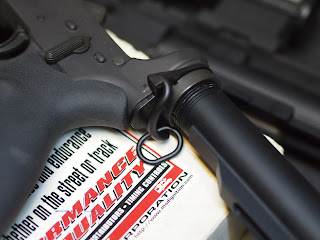 Beside the pain-in-the-ass install and that most modern sling plates are QD, this thing is noisy as fuck so if it's not being used, I'd probably secure the loop with tape or something.