So, in an act of desperation to acquire a CQD rear sling plate, something which is clearly unobtanium, I tried my luck with a *gag* airsoft sling plate.

There are a ton of these on the market, ranging from really crappy copies made of God-knows-what, to some pretty convincing clones.  I picked one designed for "GBB" or gas-blow-back rifles, not "AEG"s or automatic electric rifles because the GBB versions have near identical dimensions as the real deal.

The one I happened to order looked nearly identical photos of early model CQD mounts: 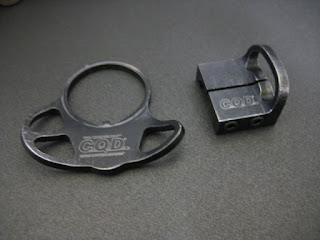 This was pulled from AR15.com

Here's one of the newer models (pulled from CQD's website) with a recess in the plate to mate better to the lower receiver:

And here's my airsoft clone next to the factory Colt LE6920 rear plate: 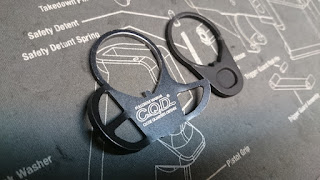 The first thing I did was line them up and the dimensions were nearly identical.  Good.  It was not a perfect fit however and as you can tell from the picture I did have to remove some material from the plate for it to fit around the buffer tube.

This was a true testement to the material used to make this airsoft clone.  It was a right pain in the butt to file this thing down to fit, and much blood, sweat and tears flowed before it fit.  I seriosly doubt it was cast from pot metal and I don't think it will break or snap on me. 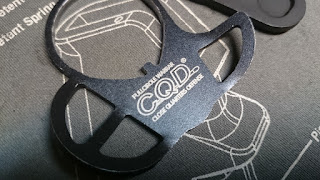 The spelling could be better though, lol!

I had to index the plate by eyeballing it as it did not have the recessed bit as seen on the Colt rear plate. I got it as close as I could, cranked down on the buffer tube nut and it wasn't going anywhere. 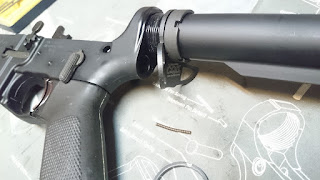 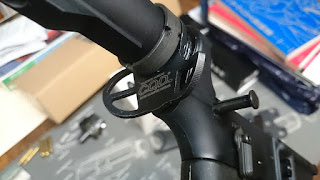 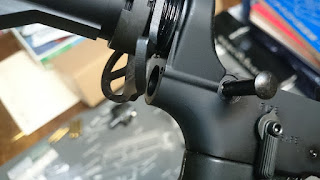 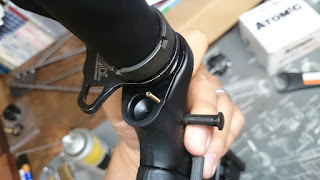 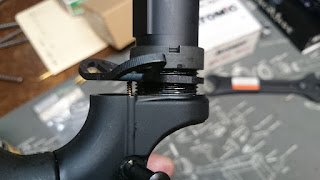 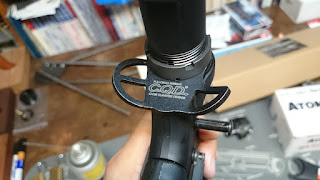 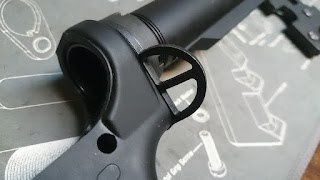 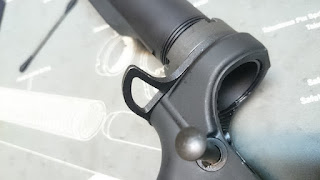 Anyway, after a lot of filing and a lot of cursing, the rest was easy and looked pretty close to the real deal.  I'll rock this until I find a real one, but something tells me that might be a while.  Now to track down a Wilcox mount for the Aimpoint and a PRI Gasbuster charging handle, haha!