My first bolt action rifle was a Remington 700P and it was a birthday gift from my lovely wife.  However, greed got the best of me and I ended up flipping it to a buddy to raise funds for glass on another rifle.  When I finally got my finances sorted out (and my head sorted out), I wanted to buy it back from my buddy, but he ended up selling it to a friend of his in Alberta.  I was screwed.

I’d confessed to the missus and she never really forgave me for it.  I couldn’t really live with myself either so fast forward several years and I have the 700P back in my hands.  It’s been tweaked a bit by K&S in Edmonton with a threaded barrel and capped with a muzzle brake, and Leupold QRW 2 piece bases but other than that, it’s exactly as I remembered. 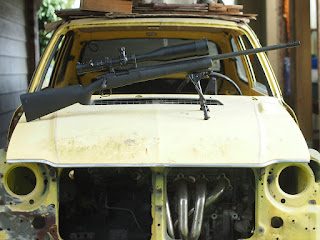 I had a Millett Tactical 6-25x56mm LRS-1 illuminated scope laying around so I threw that on along with a Champion swivel bipod for the photos.  Contrary to my other bolt guns, I’m planning to leave this one alone with little or no modifications.

I was originally planning to pick up a Savage 10TR 20” barrel for hunting, but the opportunity to get the 700P again came and I couldn’t pass it up.  The Millett is a pretty big piece of glass and I’d like to get something a bit smaller and lighter.  I used to have a Leupold Mark 4 8.5-25x50mm LR/T M5 illuminated with the TMR reticle, but I’m not sure I need that much magnification for what I plan to use this rifle for 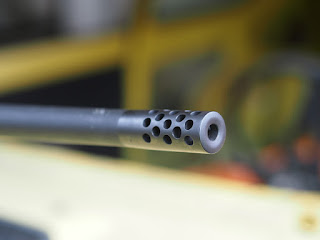 The muzzle brake is a subtle design, and is similar in appearance to the integrated brake built into the .338 version of the 700P.  I doubt I will be replacing this unit, but we’ll see how it performs first. 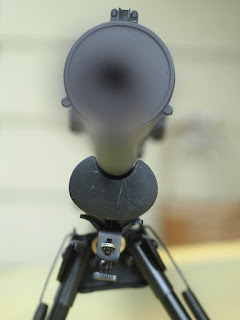 I actually have another rifle with an M24 profile barrel and I’m fairly confident there is no way it would fit into this barrel channel. 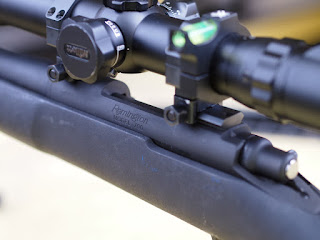 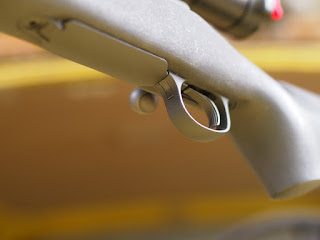 Remington guys, any idea which trigger this is?  It actually breaks quite nicely and has clearly been adjusted to have a pretty light pull, approximately 2 ¼ lbs.  According to Remington this is not the X-Mark Pro (XMP) model because it has the ribbed face, rather than the smooth face.: 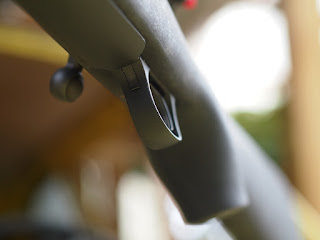 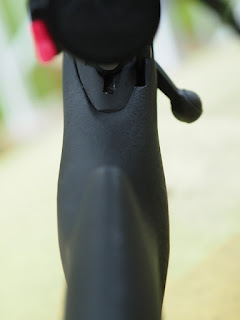 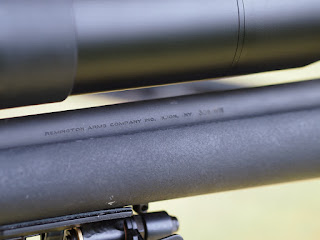 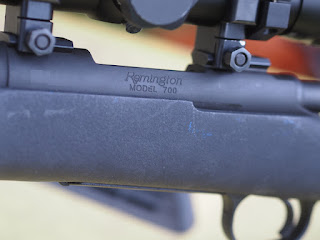 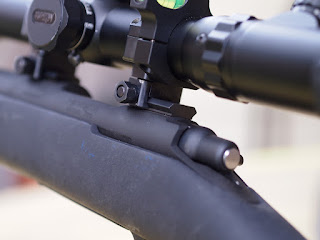 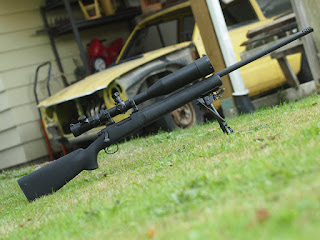 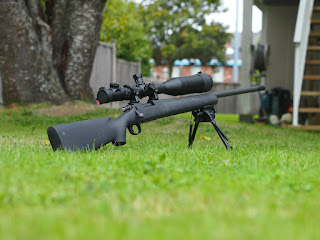 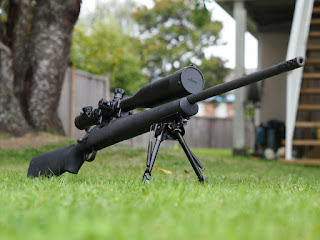 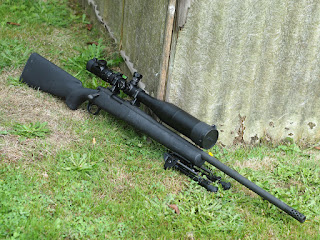 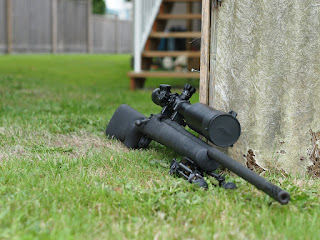 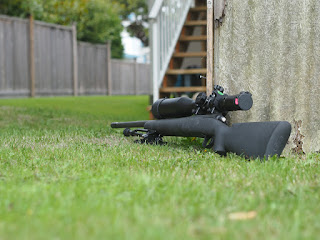 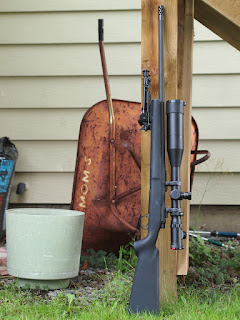 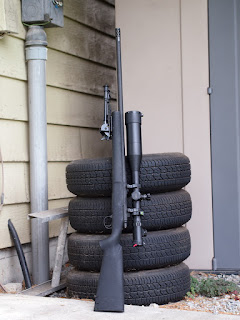 Anyway, some specs from the Factory:

The Model 700P – Police version is available in two versions, the standard 700P with the 26” barrel and 700P Light Tactical Rifle (LTR) with has a 20” fluted barrel with a slightly different HS Precision stock.  It’s difficult to tell with photos from Remington’s website:

My friend bought an LTR and it arrived the day after mine showed up in the mail and comparing the two side by side, you can clearly see the LRT’s stock is a bit shorter.  The circumference of the fore end on the LTR also smaller as is the palm swell.  I should probably take some of my own comparison pictures sometime to illustrate the point.  Overall, the LTR is lighter and probably less of a headache to hump around in the bush (especially with 6” less barrel) if you decide to hunt with it.

As some of you may know, I am a huge fan of the chassis system for bolt guns, but there is definitely something attractive of a traditional rifle stock.  The 700P appears to have been influenced by the M24 Sniper Weapon System, but last I heard, those run about $5000-6000 USD if you can find one with complete deployment kits available to the following:

That is a pretty awesome piece of history, but getting one of these just isn’t in the cards at the moment.  Another interesting tidbit for those of you who are thinking about using a 700P to build an M24 clone is the stock.  Though they are similar in appearance, the M24 uses the PST-024 HS Precision stock while the 700P uses the PST-011.  The main differences are the enlarged barrel channel to house the M24 barrel (No, it is not the same profile as the heavy varmint profile barrel on the 700P) and the inletting to allow for the Dakota/Sunny Hill bottom metal.

An article from Sniper Central says that these rifles are capable of shooting .5MOA out of the box, though .75MOA is more common.  When I first had my 700P, I didn’t know what I was doing (still don’t) so my first attempt to shoot groups was a dismal failure, even with match ammo.  I didn’t even shoot a proper 5 round group.

Anyway, I sold the rifle before I had a chance to take her out a second time but I’ve learned a few things here and there since then and have had some pretty good luck with the 10TR so I’m curious how well this rifle shoots.  Looking forward to finding some time to take her out for a spin!