So, I am one of the biggest Magpul fanboys.  I love most of Magpul products, their simplistic design, their functionality and their prices.  They work, and they're fairly inexpensive, what's not to like?  Some people hate on Mapul because it's the fashionable thing to do, but I'm not ashamed to admit I like Magpul.  But this Mk18 Mod 0 had me at a crossroads.  The trigger guard that came with my lower was a Magpul unit, not the factory Colt M4 standard issue AR trigger guard. 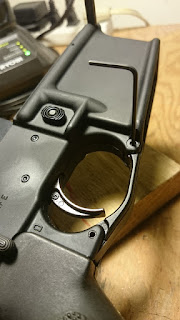 I like the Magpul trigger guard.  It's asthetically pleasing, it's larger to allow ease of use for shooting with gloves on (something I rarely do, but it's nice to have that option), and really, there was nothing wrong with it.....other than the fact that they never came on the Mk18 Mod 0s.  Off it came, and I dug out a spare factory Colt unit to toss it on. 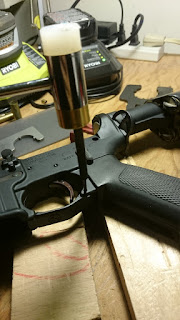 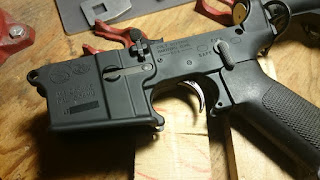 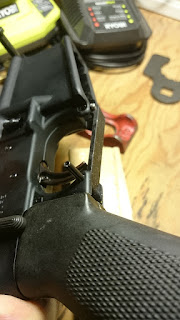 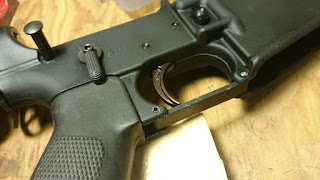 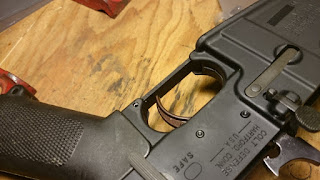 Farely simplistic install if you have the right tools.  Basically all you need is a punch set and a hammer and less than ten minutes of your time.