I remember FMJ from Canadianfirearmcentral.com asking if a vertical grip would get in the way of a bipod a while ago in this thread:

and in the case of this particular set up, I have to say it does get in the way of the pivot adjustment lever.  I have a 6 rib KAC rail cover on the bottom rail, so I'll see if I can source a 2 rib or 4 rib cover and move the vertical grip back towards the magwell. 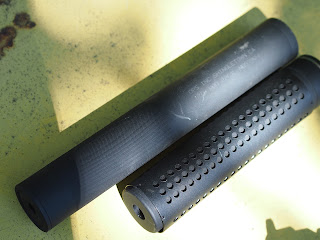 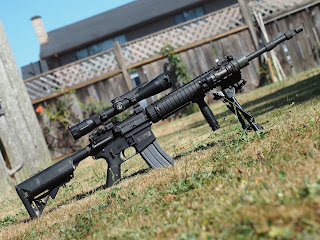 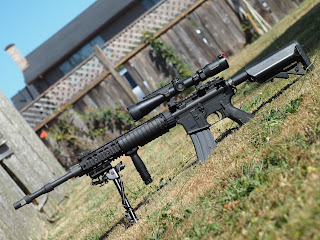 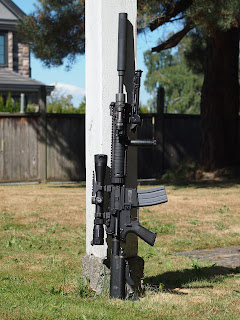 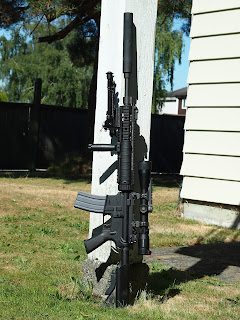 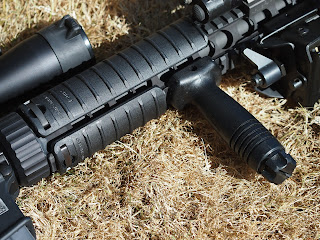 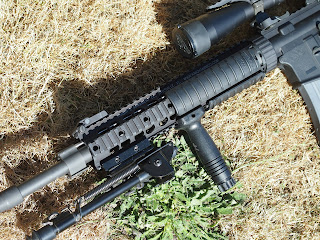 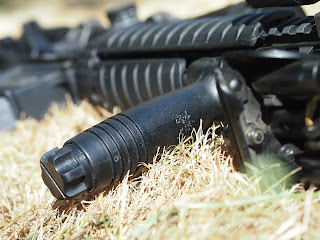 I know, why do I even need a vertical grip on this rifle?  To tell the truth, while scouring the internet for photos of Mk12 Mod1s, I found a few with the KAC vertical grip on it, it's clone correct, and that's about it.

I don't think I'd ever shoot this rifle off hand from the standing or kneeling position in the gunfighter stance, so the vertical grip probably won't be much use to me while shooting this particular rifle (will probably shoot it from prone more than anything else).  When I shot my C7 at Service Rifle, I didn't make use of the Cadex Folding grip.  In fact, I even took it off for weight savings.  At a 3gun match however, I actually did make use of the Tango Down stubby I had on my IUR, and felt it did help stabalize my rifle when shooting.

I can see how some folks would find it useful on this rifle in the field however, as it does offer an alternate place for your hands while lugging the thing around.

ON another note, I can't believe how much a KAC vertical grip costs, holy.  These things were listed on One Shot Tactical for $79 or something like that.  Down in the states, you could probably pick one up on Fleabay for about $15.  Anyway, I got a used one from a buddy and thankfully, I got to keep all my money. 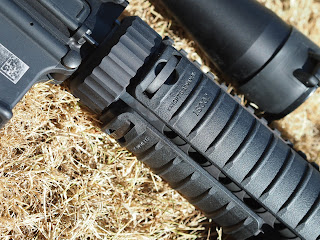 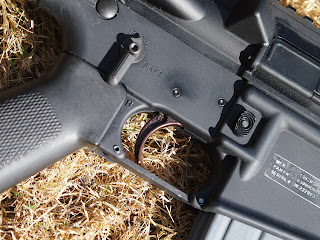 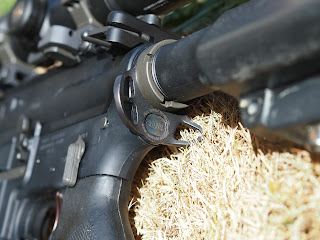 So, something that's been bugging me for a while is the last decent photo I took of my Mk18 Mod 0 build.  I installed the KAC handguard incorrectly, with the front tab sticking out of the handguard cap.  FMJ pointed this out and though I corrected it, I never bothered to update the thread with any pics (proof that I understand instruction and I'm not completely devoid of intelligence, lol!). 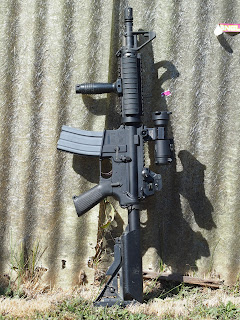 Anyway, it was a sunny day and I figured I'd snap a few photos of the rifle. 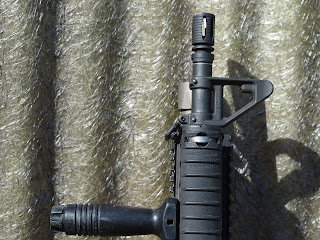 The Vero Beach marked rail covers.  Apparently these are sought after? 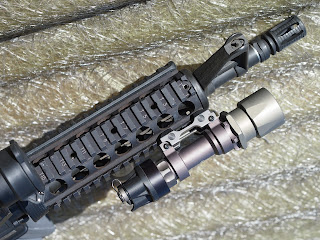 Markings on the RIS are in odd numbers, one of the indicators that it's a RIS, not the newer RAS. 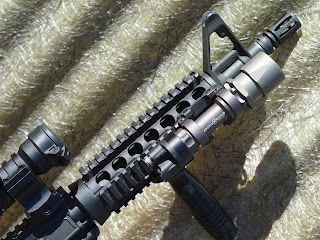 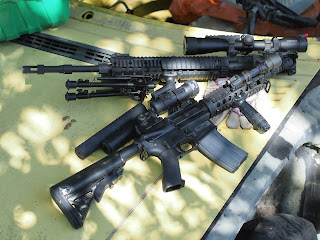 Until I receive my SR-15 stripped lower from One Shot Tactical, my Mk12 and Mk18 are sharing lowers. 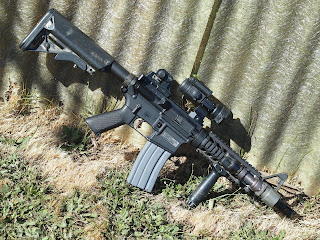 I'm going to have to do something about the buttpad on the LMT SOPMOD.  They list for about $15 from B5 Systems down in the states, but I've only found them in brown so I'll have to do a little shopping around to find a black one.  Then I have to figure out how to get the buttpad off, lol! 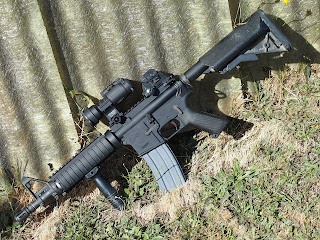 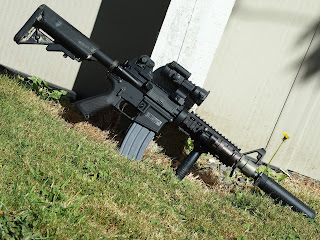 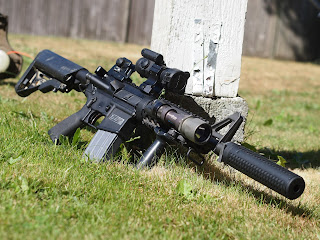 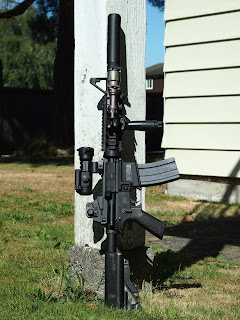 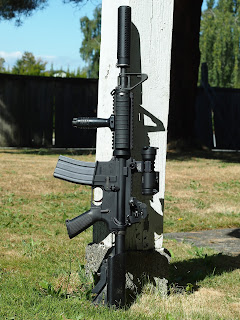 That's it for now.