I've done this before, with my Mk18 build, so I figured I'd try it with my Mk12 as well, especially since my "clone" build doesn't have a clone correct barrel length.  I thought that maybe getting a fake suppressor might conceal some of the extra 2 inches of barrel length. 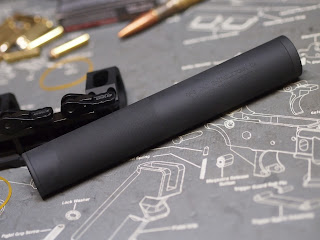 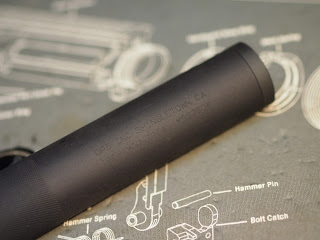 I have no idea what the correct real deal suppressor looks like, but to me it looks pretty convincing.  It's got some trade marks on it,some knurling, the finish looks alright, and the best part about it is it spins right on, with threads that match the real Allen Engineering brake. 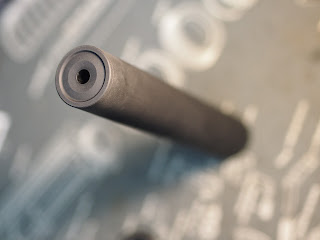 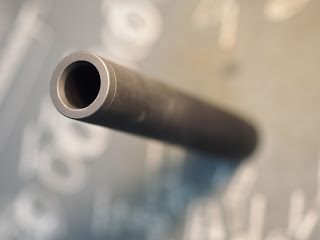 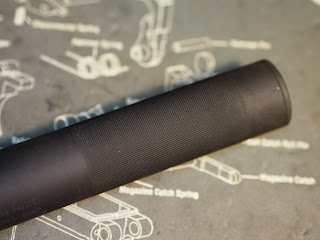 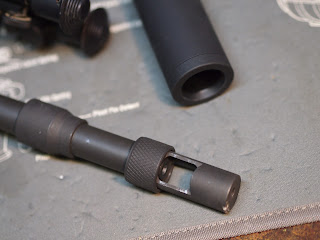 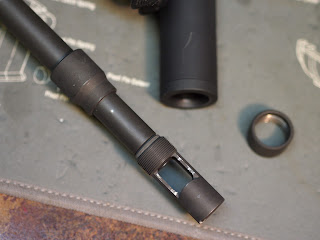 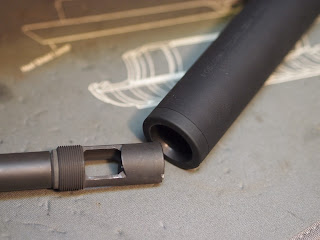 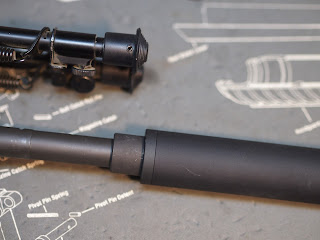 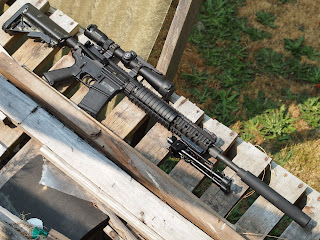 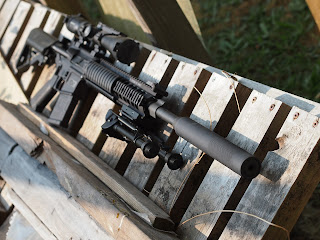 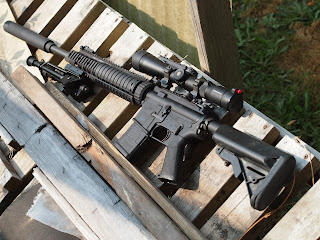 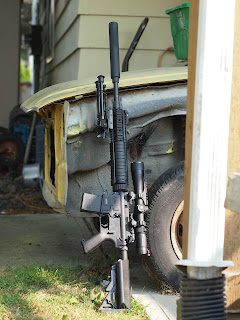 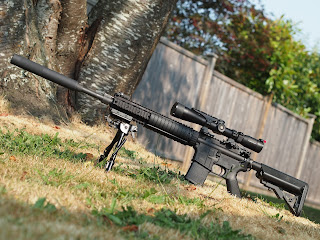 Anyway, just for the photos.  I got the idea from SSOUNN to get the one from Redwolf Airsoft.  When he posted that it spun right on, I ordered one right away.  If anyone building a Mk12 clone is reading this, I would strongly recommend against shooting the rifle with this on it.  I don't think the aluminum construction would hold up very well to .223.  There's a guy on AR15.com making sleeves that spin on which you can supposedly shoot while mounted, but they are about $150USD.  It's kind of weird if you think about it, buying a fake suppressor.  Can you imagine if it were illegal for cars to have mufflers, leaving them noisy as hell, and someone buys a fake Flowmaster for their car just for photos, lol!

If any other Mk12 clone builders are interested in getting one of these, just order straight from Redwolf Airsoft: