I've had my ACR for a while now and I've never had proper optics for it.  I tried to test it for groups once, but I only had a 2moa red dot with a 3x magnifier.  A few weeks ago, I took my ACR out with the Leupold from my Mk12, but since it was only temporary, I had no motivation to dial in and actually test for groups.

Well, one of my pals Mark runs one of these on his XCR topped with a Primary Arms 4-14x44mm, same ACSS reticle, and I was able to make hits out to 550m with little effort.  I didn't even have to dial, just held over using the reticle and had no problems. 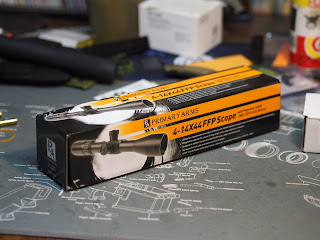 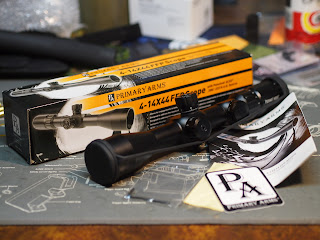 The scope was moderately packaged, nothing fancy and it came with the bikini lens cover which seemed like decent quality, instruction booklet, sticker, lens cloth and an allen key.  I flipped through the instruction manual and though the scope is made in China, the instructions were well written, easy to understand and had no spelling mistakes or grammatical errors, lol! 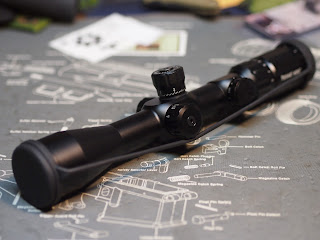 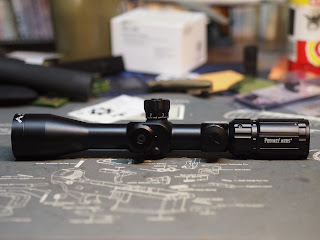 Overall, the scope appears to be of good quality.  Primary Arms is an American company and this particular model is manufactured in China.  They have other models made in Japan, but I've heard that the QC for the Chinese made models is still fairly decent.

With anything made in China, I always have concerns about QC.  Manufacturing in China has gotten better over the years.  I used Millett scopes for years and never had any issues with those.  The finish on this one seems like it was done right, no rough edges or spurs in the metalwork like with my Noricno firearms or airsoft/Deal Extreme scopes.  Plus the thing had some heft. 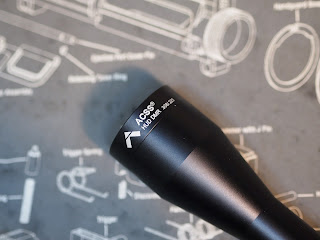 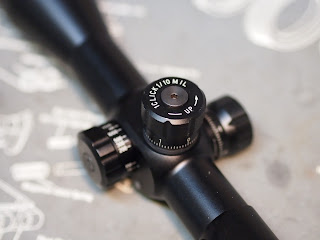 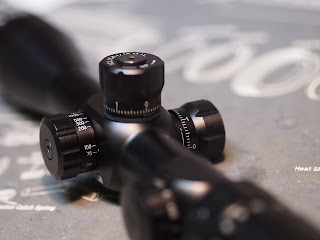 The turrets are mushy, and it's easy to lose track of how much you've dialed without looking.  My buddy Jay told me it doesn't track very well either, but I can't say mine will be the same.  For the price, I wouldn't expect it to track as well as my Steiner, Bushnells, or Vortex Razor HD2.  In fact, since it has the bullet drop reticle built in, I may not have to dial at all on my ACR. 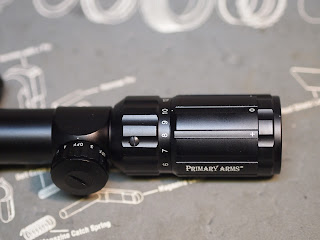 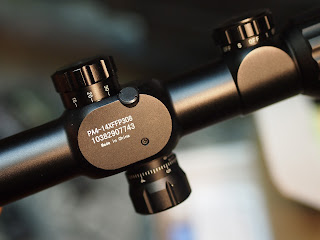 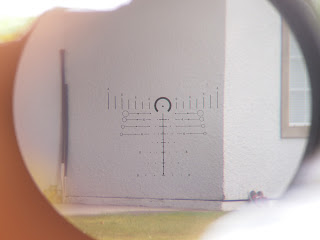 The reticle itself is clear and crisp, a lot finer than on my Leupold VX-3 Patrol, and it appears like it will be more useful than  the simple TMR reticle on the Leupold.  The glass is pretty clear for the price, but the photo really doesn't do it justice.  The weather's been crappy in the lower mainland with smoky haze from the forest fires so it doesn't make for good pictures or testing glass clarity.

In terms of eye relief, there's a few inches of it, so I don't think I will be getting pirate eye, even if I mounted it on something with heavier recoil than my ACR.  Before I mounted it, I had some concerns that the eye box wasn't great, but once I had it on the rifle, it seemed better.  I won't know for sure until I have this thing outside and I'm actually looking downrange behind my rifle. 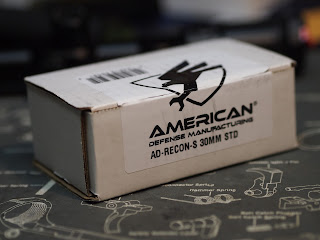 I've had about half a dozen of these American Defense one piece mounts for my other rifles.  I wanted something with quick detach in case I ever want to swap out the PA from my ACR and throw a red dot on, or just run the iron sights.  I've also always been a fan of the unimount type designs and have had a good experience with ADM, so I got one for the PA. 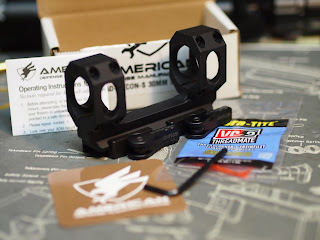 The ADM came with a small instruction booklet, a sticker, some thread locker and an allen key.  The torqe spec says the ring screws are rated for 20-25in/lbs. 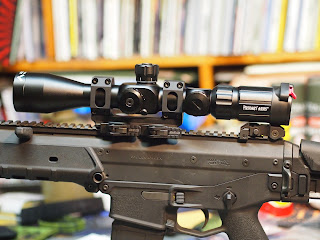 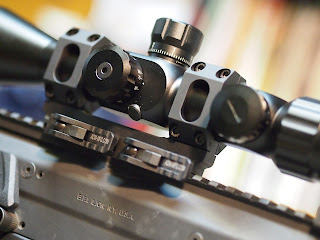 According to ADM, their mounts have been tested for 50bmg and have held zero.  I think that will be plenty for my ACR.  I have one small gripe about the design in that the rings are secured with horizontal screws, rather than traditional screws that drop in from the top down.

I'm sure there's a reason for this design as ADM is not the only company who've adopted this design, but I'm not sure what that reason is.  The reason it's a gripe is because gravity isn't there to help retain the screws when mounting your scope.  It's not a huge deal, and as mentioned before, I'm quite happy buying more of these mounts.

Anyway, I can finally test the ACR for groups with this setup.  I've had a positive experience in the past with this model, so hopefully there's some consistency in the line and this one works on my ACR as well as it did on my buddy's XCR.