Rampart Corp had a sale on HSGI and I couldn't resist.  I ordered a few things to get a basic battle belt setup including a slim grip padded belt, inner belt (Cobra 1.5" Rigger Belt), a couple of double decker tacos and a couple of pistol tacos.  It was a good sale and I saved a ton of money off of retail. 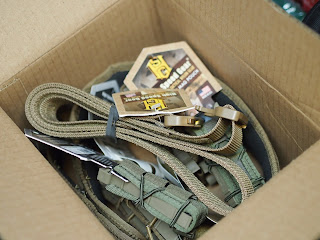 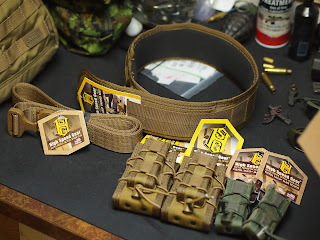 Since the sale was really good, there was limited inventory by the time I got to it and things were disappearing as I was ordering.  I had to settle for some mixed colors, but I didn't mind. 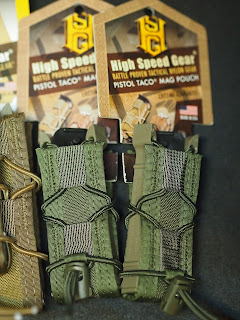 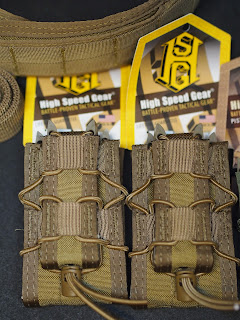 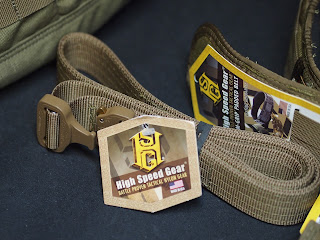 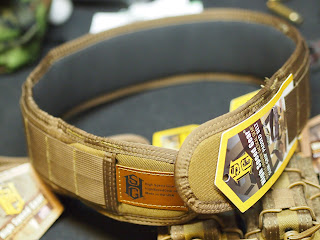 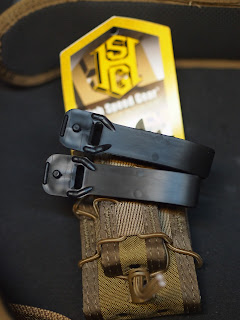 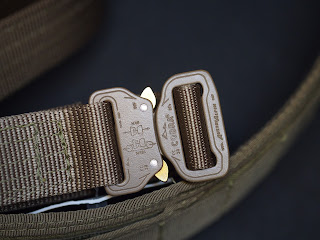 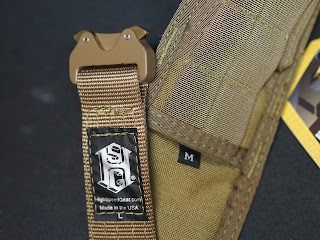 Picking a belt took a little bit of thinking.  I couldn't order what my actual pant size was because I'd be wearing this kit over top of my pants.  I had to set ego aside for a moment and measure myself with my clothes on.

So, my pant size is currently floating around 32" but the sizing for the slim grip padded belt is:

I ended up picking the Medium thinking it would be way too big (I don't have a 35.5" waist!), but it turns out there was still a gap (which is what most people seem to prefer) when I put the belt on.

For the inner Cobra Rigger Belt, the 1.5" width belt just fit.  The sizing for the rigger belts:

Again, I was thinking I'd need a Medium size, but HSGI recommended going up one size from the padded belt.  I thought there was no way I'd need 36" to 38", I've never been that fat, but I took a chance and went by their recommendation and they were spot on.  I had to remember that I was going to wear the padded belt on top of my clothes, then this rigger etter is going to secure all of that. 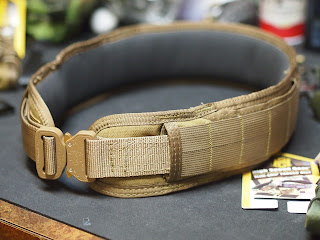 Anyway, in the end, it all fit, despite my misconceptions. 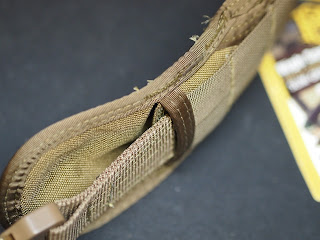 Now, I've never mucked around with molle before, so this video helped a lot: 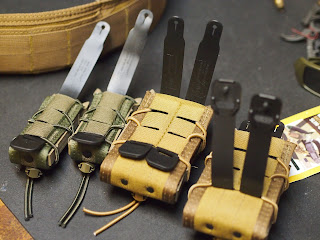 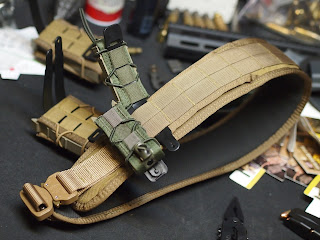 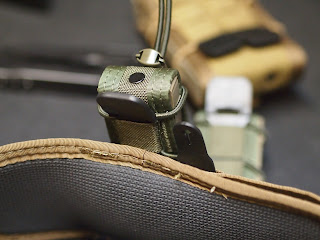 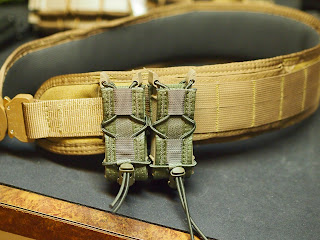 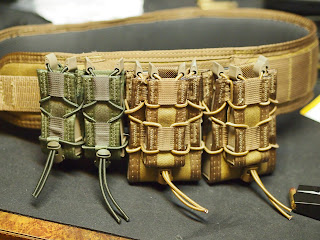 I still need a decent holster for my pistol, and a first aid pouch.  Will update this post when those things come in.

So I ordered a G-Code RTI Battle Belt Molle Adapter from RDSC.ca a few days ago and it showed up the other day. 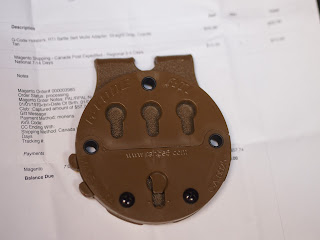 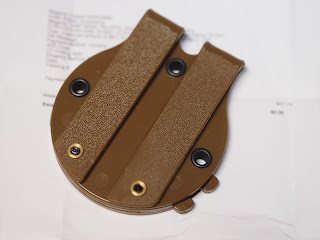 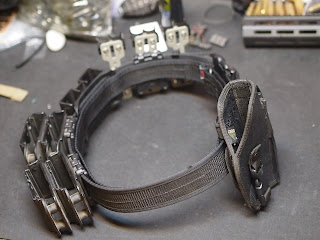 My current belt set up.  It's mostly hand-me-down bits and pieces from pals that shoot competitively.  I don't even recall the brand of this stuff apart from Bladetech.....and of course my craptacular holster. 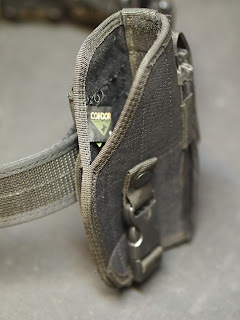 Yes, it's a Condor holster, yes, I realize it's airsoft, but at the time, I had no idea what I was getting.  I picked it up at an army surplus store and even used this holster for a few years, including a few three gun matches.  Surprisingly, no one actually pointed and laughed.....at least not to my face, lol! 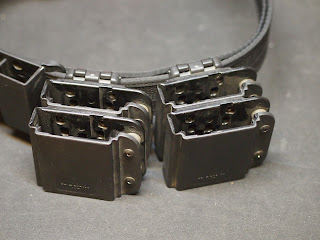 The AR mag pouches were useful, because prior to having these, I was literally just pulling mags out of my pockets. 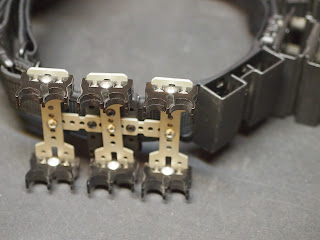 Shot-gun caddy is definitely useful as well, and again, prior to his, I was yanking shells out of my cargo pants pockets. 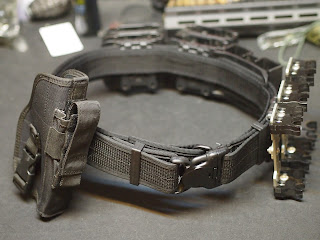 The belt itself I got from a buddy of mine who used to shoot IPSC, perhaps he upgraded, though I found no problems with this belt. 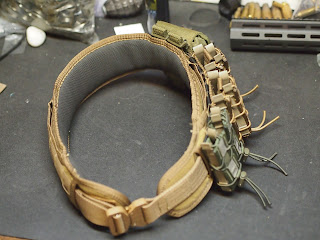 So, slowly this rig is coming together. 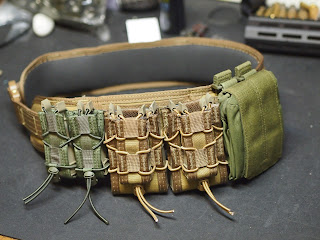 The two pistol pouches and the two double decker pouches, then a dump pouch. 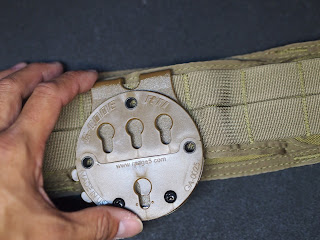 I may have ordered the wrong thing here however because it looks like it was designed to work with three-row molle belts? 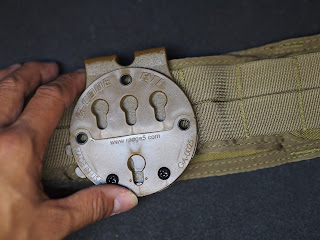 It slides up and down a lot. 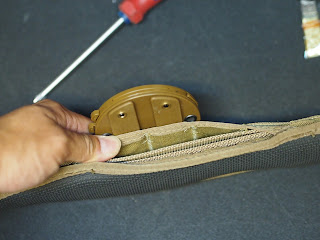 Maybe there's a different way to thread it or secure it to the belt. 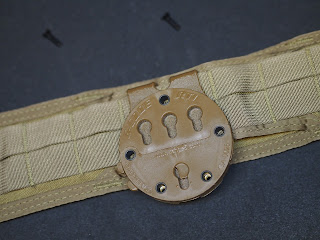