I've been following this link on Canadian Gun Nutz about this deal from Canada Ammo and it's a helluva deal.  Just wish I had the bucks to but a few more.  Anyway, there are over 3000 posts on this thread, and who knows how many units they've sold, but this deal's been around since the end of April, and with the recent ammo shortage, I'm surprised they have any left at all.

Lots of rumours about this particular shipment of 1911s.  Some say they're just factory defects, some have really poor finishes, including sharp burrs, or blemishes on the blueing, others have cracked grips.  Some rumours have this as a government military order that went south and these ended up on sale.  There are no Made in China or Norinco markings on these pistols so that’s probably what fueled that rumour.

Lots of people are getting these things just for the cheap ammo, and flipping the 1911 itself for a bit of a profit, but I think I’ll keep mine for a beater gun and return my Remington R1 Enhanced to Safe Queen status.

I caved and ordered this deal last Tuesday (without telling the missus, so I’m really on her $hitlist right now), Canada Ammo confirmed the order on Wednesday, I called the CFO on Friday morning, and Canada Ammo shipped it that afternoon. I went to pick it up on Monday afternoon, after work. That was probably the fastest I ever got a transfer of a pistol from the retailer into my greedy little hands.

The Ammo came in a wood crate, that was packed in cardboard. The ammo itself comes set in Styrofoam, and in these crappy cardboard boxes that are ready to melt. But the ammo inside is brass cased, and supposedly reloadable. Also, Norc .45acp ammo has been known to be loaded hot and fairly reliable so I could care less about the packaging. 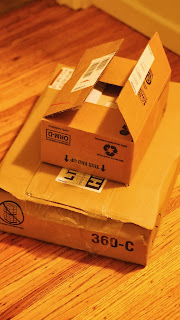 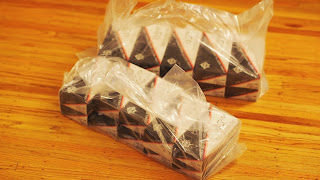 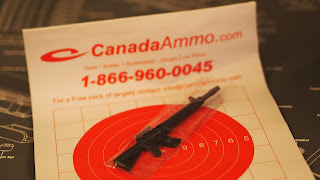 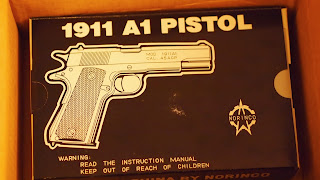 The 1911 came packed in a crappy plastic bag that was filled with grease, or cosmoline, or whatever other toxic substance they use in China to pack guns and make baby formula.  It’s then seated in a Styrofoam bed (much like the Transformers of old), inside a cardboard box of equally quality that the ammo came in.  The pistol comes with a user guide, a bore brush, and two mags.  Canada Ammo also includes a magazine, some target sheets and an M16 pen, which is a cute little novelty. 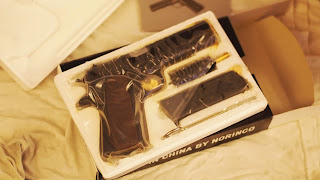 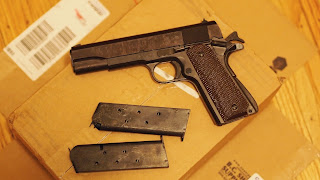 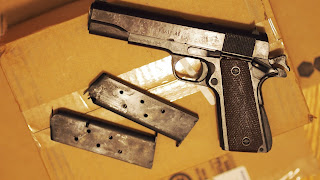 I tore open the packaging like it was Christmas and picked up the pistol to find it was covered in this muck. One of the mags was inside so I popped it out and did a safety check, just in case. I found some cotton wad stuck in the muzzle. They had one of those stuffed in my Norc M14 as well. Anyway, I racked the slide and boy was it rough. Talk about the polar opposite to my Remington. But still, despite it being a bit rough around the edges, the pistol had some good heft to it and felt solid. There was no rattle in the slide, which was mated to the frame with little tolerance. The barrel, bushing and slide were also fitted well, with almost no wobble whatsoever. The only thing that had a bit of a rattle was the grip safety, but it functioned just fine.

My grips were intact, unlike many I’ve heard that came before mine. Still, they were the ugliest things in the world, and would not go back on after I cleaned her up. 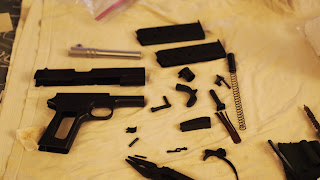 I’ve only field stripped my 1911s so far, and I’ve never had the courage to detail strip it, but the last few weeks, I’ve built up my courage and went a little further than the field strip. I’ve been practicing with my GSG 1911 .22lr and got as far as taking off the mainspring housing, the grib safety, and the ambi-thumb safety. When I got a hold of my Norc 1911, my plan was to do the same, but the thing was so filthy, I decided to go all the way and got it down to almost a complete takedown. The only thing I didn’t completely break down was the mainspring housing itself, the spring inside of the mag release, and the firing pin in the slide. 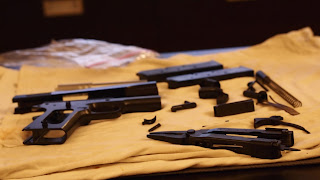 Taking down the 1911 this far wasn’t that bad, and if I do it a few more times, I’m sure I’ll get used to it. I didn’t have any brake cleaner like most people use, so I hosed the parts down with plenty of WD-40, let it soak for a bit and then wiped off whatever gunk was left. I then gave everything a light coat of G96, my favourite fragrance of gun cleaner/lubricant. 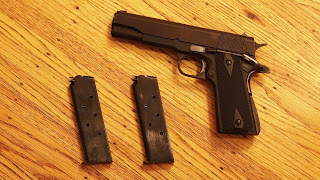 Since I had everything apart, I was tempted to polish a few parts up, but decided to see if I could get the thing back together again first. I managed to get the thing back together again, did the function test and was relieved that everything worked the way it should. The only parts I had trouble with were the mag release, which would get caught up and not pop back up. I gave it a quick squirt of CLP, wiggled the screw around a bit, and fed a mag in, and that seemed to solve the issue. 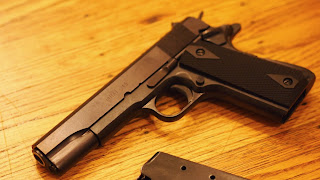 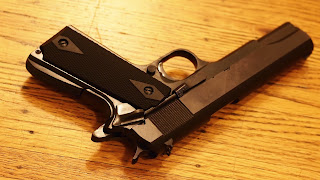 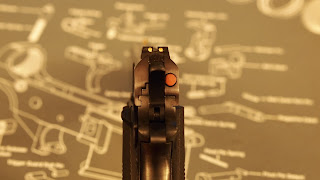 I'm not sure if you can tell just by looking at this shot, but the gaps between slide and frame were minimal on my Norc, and there was almost no wiggle room. 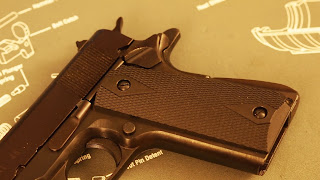 Grips from my GSG 1911 .22lr, also syntheric, but look and feel way better than the little pieces of crap that came with the Norc. 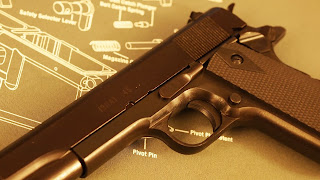 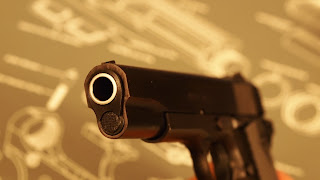 It was all pretty tight between the barrel, bushing and slide as well.  I remember picking up a Norinco 1911 a long time ago, and there was a ton of wobble, but not this one.  Just luck I guess. 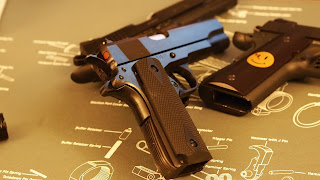 I took my Remington and GSG out to play with and compare, and by far, the Remington was fine jewelry compared to the Norc, but at least with the Norc, I won't be afraid to toss it around and get it scratched up.  As I said before, the Remington will resume her duties as Safe Queen. 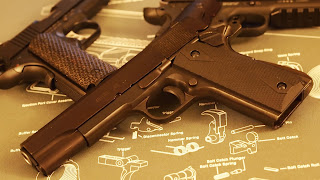 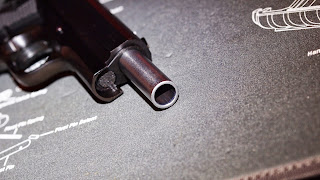 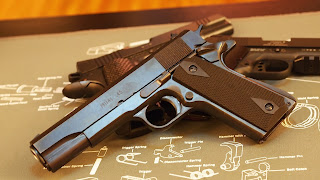 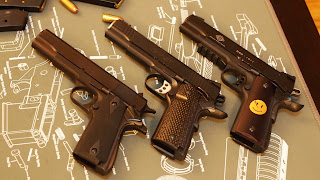 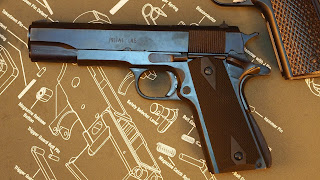 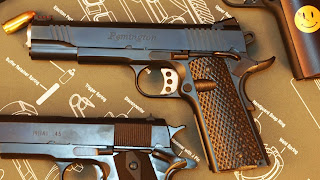 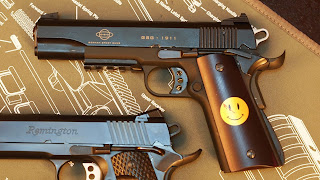 
The Norinco 1911 is pretty rough around the edges to say the least, and it shredded basically any cotton swab that touched it, but functionally, the pistol seems to work. I’ll know for sure once I take her to the range, but from past reviews, there doesn’t seem to be many issues with this pistol.