Polished some of the internals of my Norinco 1911A1

I just can't leave well enough alone, haha!  I've been watching this guy Jay Williams build a 1911 from the ground up and it's a pretty informative series.  Before watching it, I barely knew how to detail strip my 1911, let alone mod it.  Now I'm comfortable with the detail strip, and tinkering here and there, and even understanding some of the mechanisms.  Some of the stuff that's still way beyond me is the contact points between the hammer and sear, and some other fitment issues like fitting a slide, fitting a barrel and bushing.  I'll probably watch this series some more and use it as my 1911 bible.  Here's the first vid in a series of 11 videos.

I didn't quite go that far, but I decided to at least start with baby steps and polish a few parts of my 1911, try to make it a bit smoother.  I stripped it all apart and started and started polishing the trigger bow, but eventually I polished the trigger itself.  All I had laying around was 320 grit sandpaper, Scotchbrite and Flitz: 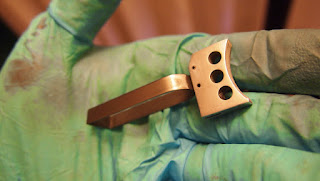 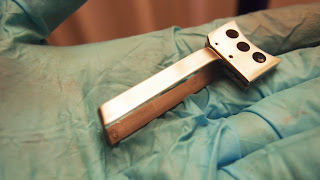 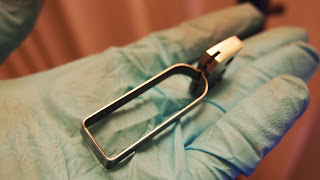 Compare that to the original: 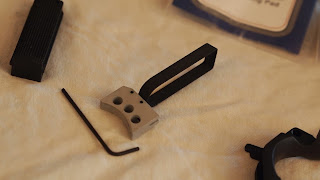 A lot of people polish the trigger bow track as well, but I didn't have the file or the smarts to do that so I just left it at this. 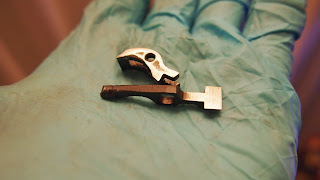 Next, i did the sear and disconnector.  I didn;t have the courage to polish too much because I didn't want to start taking material off, just wanted to smooth out the surfaces a bit. 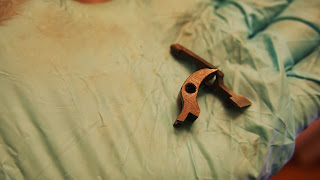 Here's the other side of the sear before polishing. 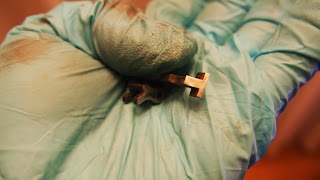 More shots of the disconnector. 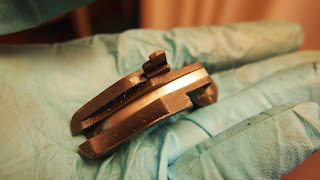 I took some sandpaper to the track inside the grip safety for the hammer strut. 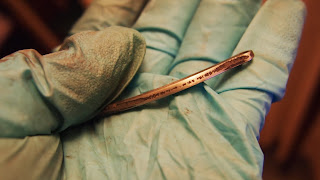 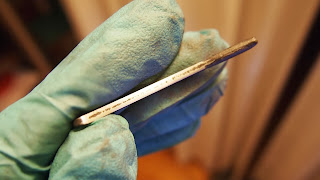 Again, I wasn't sure if my sanding would take off material so on the hammer strut, I sanded it for a bit, then quit when it felt a bit smooth enough.  I may revisit it later to get it smoother. 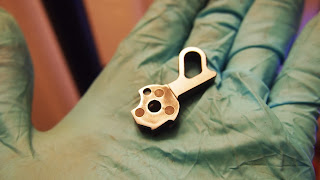 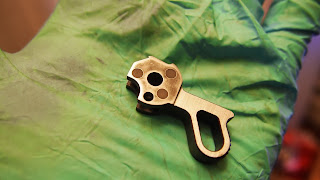 Sanded down the side of the contact points of the hammer as well, but I didn't go anywhere near the contacts between the hammer and sear.  No tools, no jig, no experience.  Better leave that to a pro. 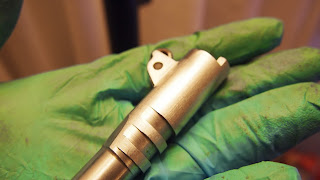 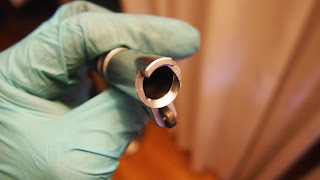 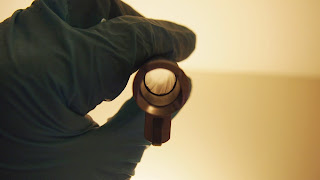 I tried polishing a bit of the barrel, but that was a lost cause.  Frig that steel is hard, so all I was able to do was polish a bit of the chamber feed lip.

Anyway, I slapped it all together and the trigger did feel smoother, but was still a heavy pull to break.  I've been reading about cutting a coil or two off the mainspring, but I'm not sure if that's a good idea.  I'll do a bit more reading, maybe get a pro to take a look at it, but so far, it's a lot better than when I got the Norc.

Email ThisBlogThis!Share to TwitterShare to FacebookShare to Pinterest
Labels: .45 ACP, 1911, 1911A1 Government, Norinco, Norinco 1911A1