AJ Stoner Muzzle Mrake and Aimpoint PRO for my AR 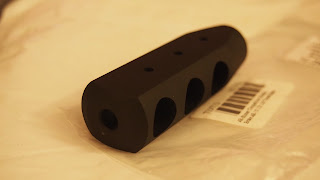 At last, my new muzzle brake arrived - AR Stoner Competition muzzle brake.  It has a strong resemblance to the SJC Titan Comeptition Muzzel Brake, but about $40 cheaper, and instead of two larger top ports, it has three smaller ones. 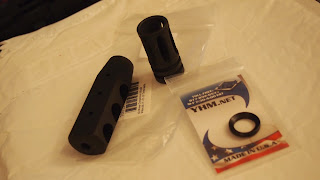 And no, it doesn't just twist right on, I had to get a crush washer and learn quickly how to use one.  It was tough getting it mounted without scratching the hell out of it and my barrel.  Thick towel and a plastic bag over the muzzle brake was what ended up working for me. 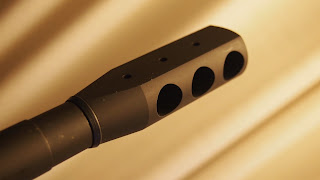 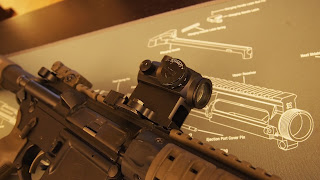 In addition to the muzzle brake, it was also time to replace my Deal Extreme Fakepoint Micro T1 with the Larue QD riser.  I was just about to write about how awesome this Fakepoint was, and how it lasted over 3,000 rounds without incident, but it finally crapped out on me, and now it sometimes doesn't turn off, or remains at one brightness level. 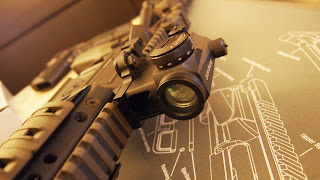 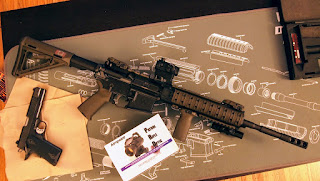 I replaced it with an Aimpoint PRO, the real deal this time. 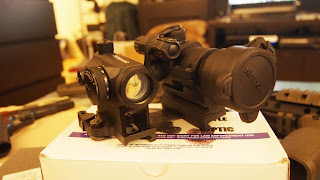 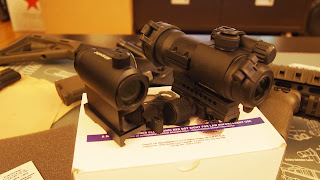 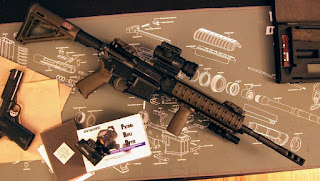 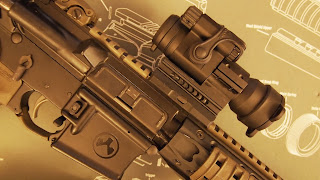 The mount that it came with felt sold, and I don't think I will replace it with anything else.  In fact, the whole unit just feels solid and built for some abuse. 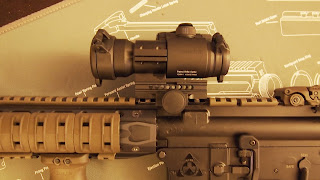 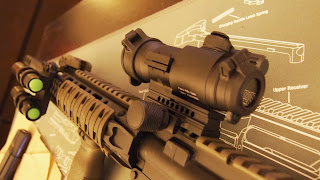 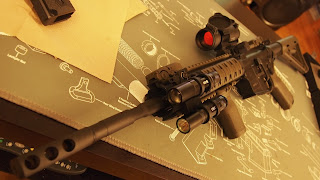 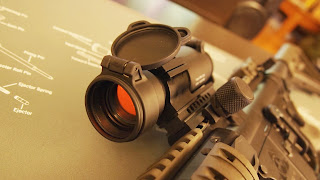